I’ve been struggling with writing this blog post about trapping, neutering and returning our feral neighborhood cats for a while now. It is a subject that resonates with a lot of opinions, feelings and frequently ends in arguments and a lot of resentment. And I certainly don’t want to open up my blog to people leaving all kinds of mean spirited comments about this subject. But it has consumed a big part of my thoughts and life lately and I wanted to get it off my chest.

If you’ve been following me on Instagram then you might have already seen that I’m trapping, neutering, and releasing cats from our neighborhood. I just don’t want more kittens to care for (click HERE and HERE if you missed my bottle-feeding gig last spring). We’ve had several litters in our neighborhood last spring and summer that my neighbor/friend and I ended up with. It stresses me out more than I can explain having to care for them and finding them a rescue group or home. Giving my bottle babies away was the absolute hardest thing ever. I’m glad I kept one of them though and can you believe that it’s Willy’s first birthday this week.

Happy Birthday, Willy! We love you! 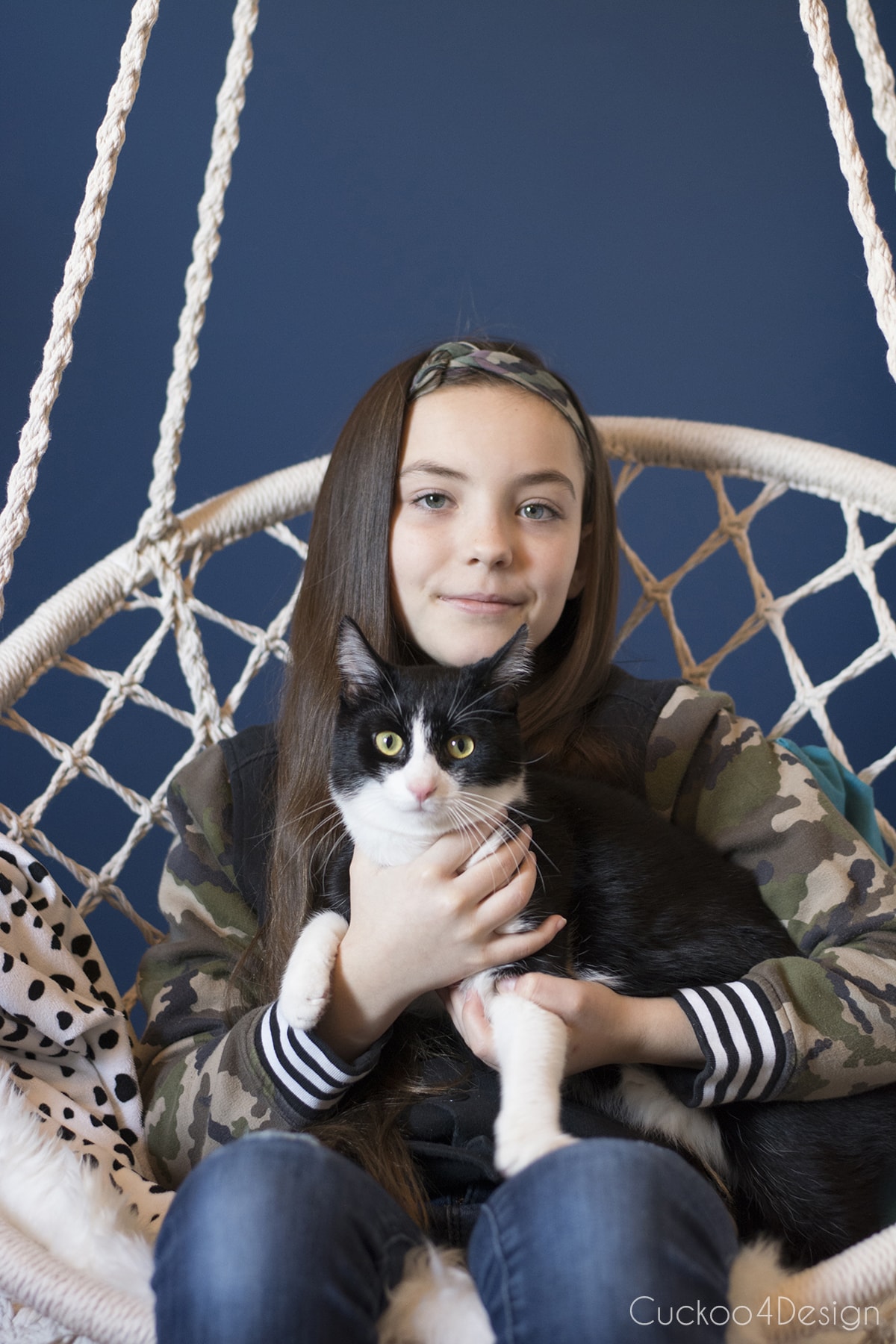 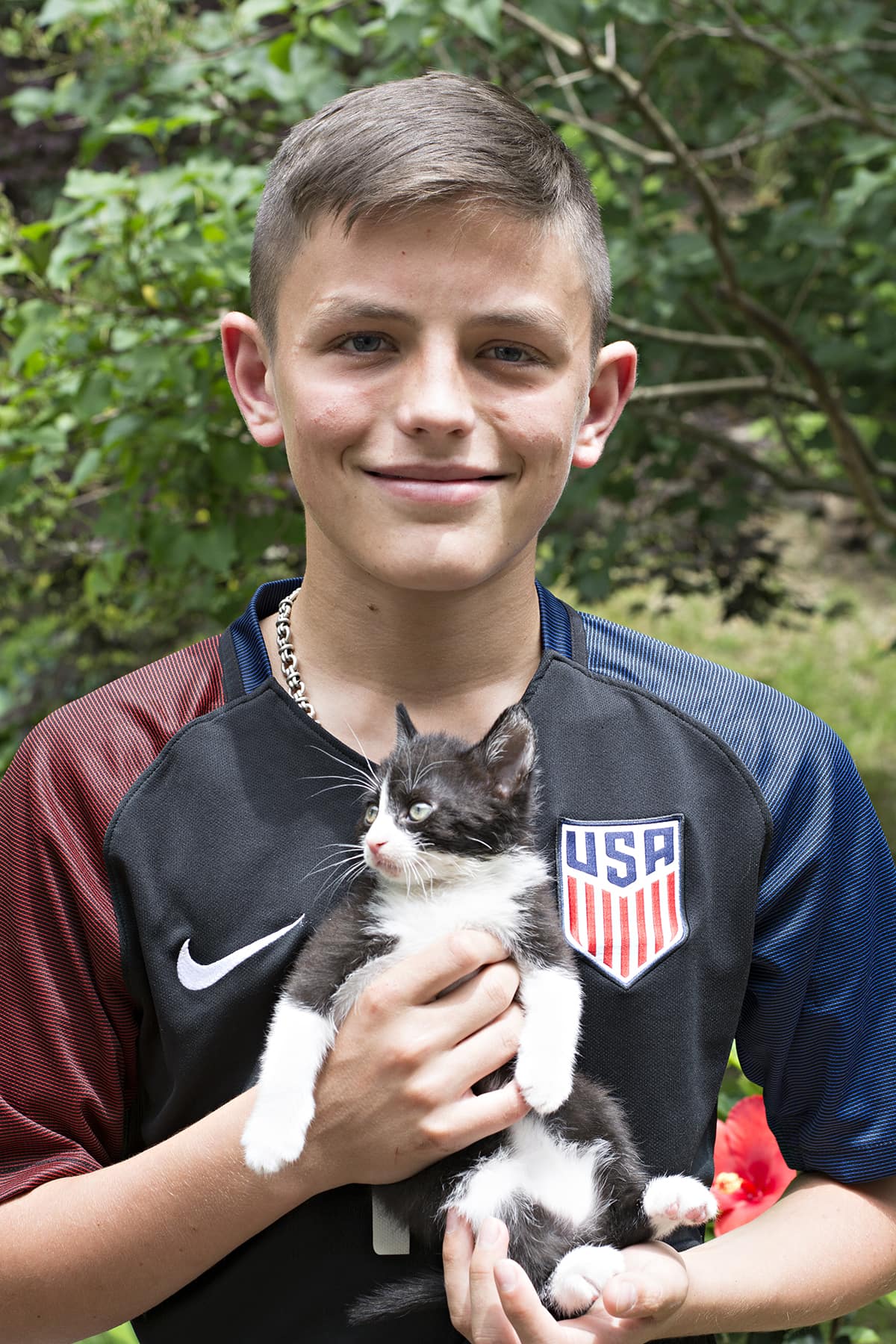 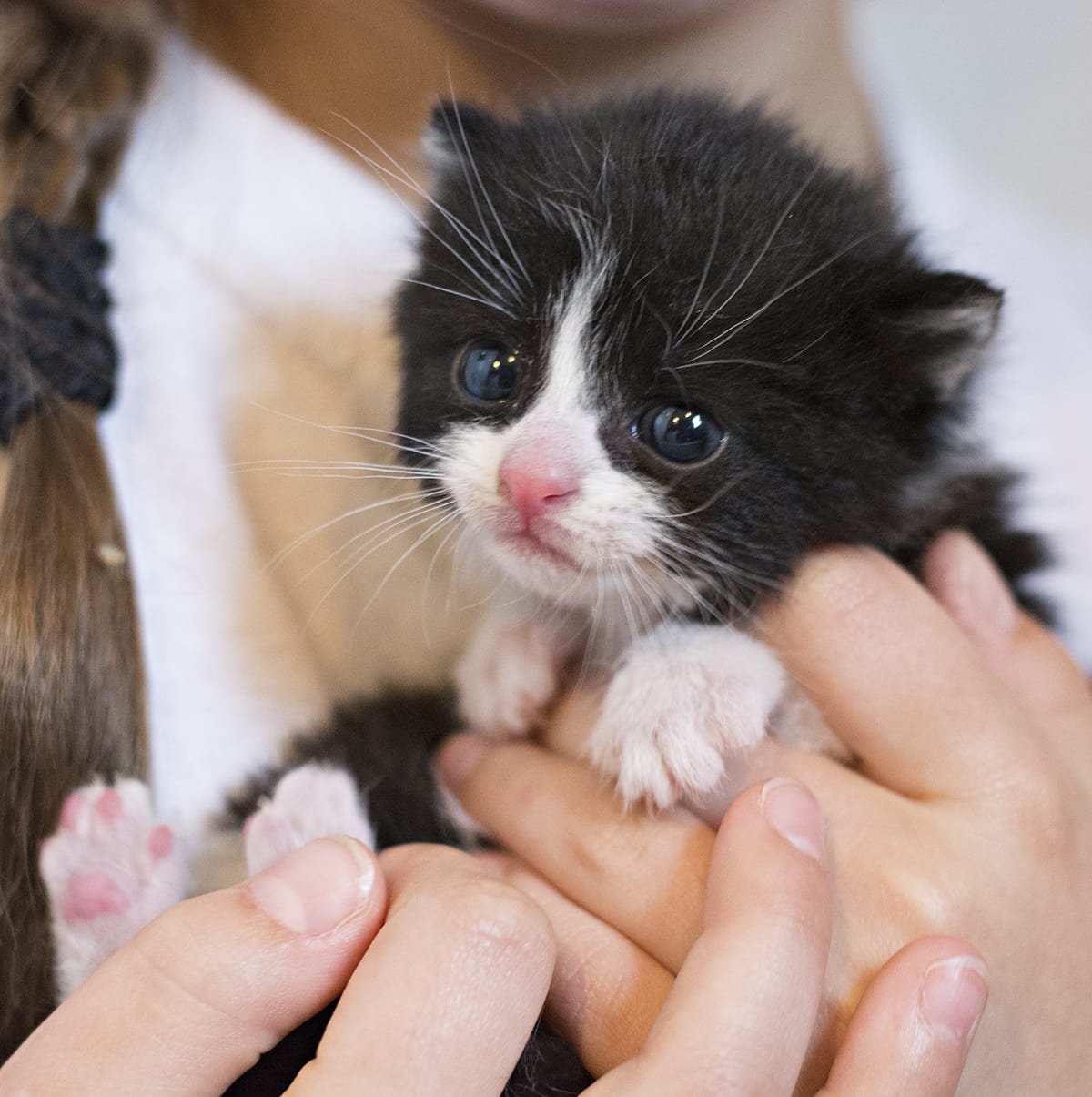 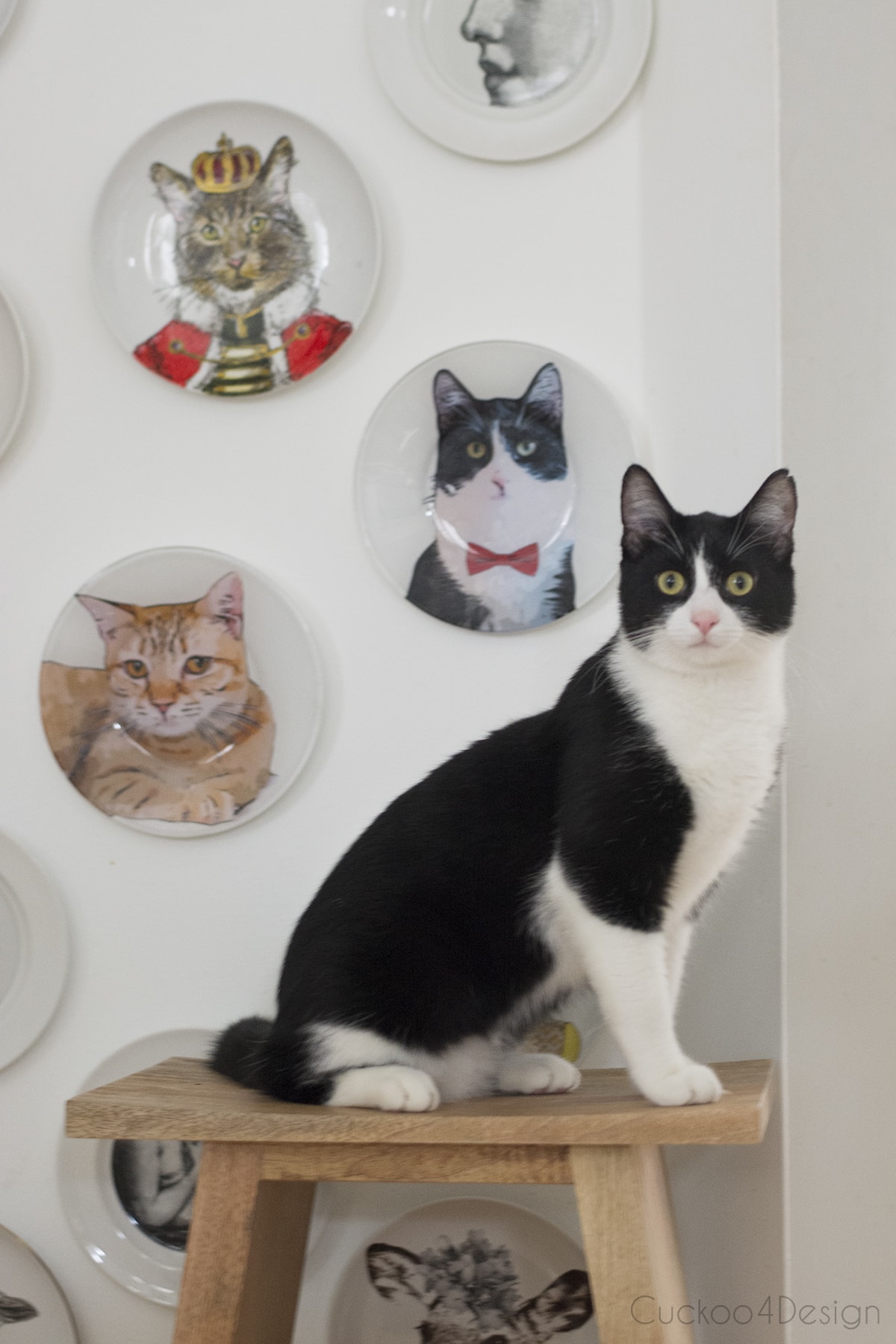 So this is why I will talk about…

Why I trap, neuter and return

Our neighborhood is nestled by a river and in-between a farm and a pallet company. It’s been an area where lots of awful humans have abandoned their unneutered cats which resulted in the numbers of cats multiplying and the feral cat population growing. What is considered a feral cat? A feral cat is any cat who isn’t socialized because of being born outside and never being handled by a human being and who cannot be placed into a home.
Over the years I have helped several cats that had clearly been abandoned pets and ended up on my doorstep. These pets need to be taken in and helped since they have no way of fending for themselves. (If you are new to my blog then you can read more about my heated cat shelter HERE and taking in our beloved Monkey HERE)

But the feral (wild) cats are an entirely different story since they can’t be adopted and integrated into a family and home. If they end up in a shelter they will meet the fate of euthanasia.

Today I want to talk about those cats that have been born as an outdoor cat. Who aren’t friendly towards humans, who are scared and who simply can’t be kept as a pet anymore. To me they have a right to live as well but I don’t want them to breed and increase in numbers which are the main reason why I decided to trap, neuter and return them.
Those wild cats have a perfect area to roam between the river, pallet company, and farm where we live. I love that they keep the river rat population at a low. Believe me, I’ve seen those rats around our grill years ago and when my Monkey cat brought me one as a gift I realized those cats really can be a very good thing. Those big rats are not what I want around my house. And yes I actually do think that the rats are cute too and deserve to have a life but that’s an entirely different story to get into. They do provide a health hazard though and I don’t want them where my kids play.

Anyways, some people in my neighborhood don’t agree with any of this and simply hate cats. No argument can make them show compassion. Everything that happens in their yards is the cat’s faults. It certainly couldn’t be the fox, raccoon, skunk, opossum, moles, voles or even rats. It’s always the cat’s fault. And I live in a neighborhood where we are lucky if people even mow their grass. It’s certainly not a neighborhood with beautiful groomed landscaping to destroy but don’t get me started on that.

I’ve heard comments from neighbors like “…it (meaning the cat population) is not fair to the rest of us who are not cat people….”, “they need to go”,  ” …you say the cats didn’t have a choice where they were abandoned. Well, we didn’t ask to be overrun by them either. You want them safe, you take care of them…” and it goes on and on.
Well if you’d only try to solve issues that you created yourself then nothing would ever get resolved. It’s pretty much the dumbest, most selfish comment I have heard so far. But yet people make comments like that about homeless humans too and we shouldn’t have that approach to that sad issue either since we didn’t individually create it.

And on top of it, I wouldn’t call our neighborhood overrun by cats. These cats don’t like to be around humans and are scared of us which means they certainly don’t hang around our homes when we humans are around.

Why not to trap and relocate or even kill feral cats

We have humanely trapped and neutered three dominant big male cats so far amongst the other cats (see below photos). These big males are the ones comparable to lions who rule the area. They are regulating the area and keep other cats from moving into their territory besides the females and lower-ranked males that are here already. A neutered colony of feral cats will keep more un-neutered cats from moving into your area.

Some people (especially in our neighborhood) support the procedure of trapping and relocating or an even worse scenario of killing the feral cats. Should now someone decide that this is a better way and remove these dominant males from our neighborhood, that would mean that the area/habitat opens up again for more un-neutered cats to move in again and the entire cycle of reproducing, overpopulating and having to neuter would start all over again.

This is a scientifically proven phenomenon called the “vacuum effect” and doesn’t just apply to cats but to a large amount of other wild animals. You can read more about it in length HERE.
It’s an argument that should even make sense to people who aren’t a fan of cats.
Let’s face it we live in a rural area here and there will be animals, if you can’t live in harmony with the wildlife then maybe you should have moved into a condo or gated community.

{UPDATE: I found out that there are some neighbors that have been trapping the cats too and taking it upon themselves to dump them in the woods in the mountains. People are just so incredibly self-centered  Compassion towards living creatures really is a hard thing to find. I know they most likely wouldn’t do this with stray dogs but what justifies in their mind that cats aren’t deserving of compassion?
Their narrow mindedness might fool them into thinking that they aren’t actually hurting the cats but this is a slow death sentence to those cats.
It upsets me deeply and I guess I have to wait and see how the vacuum effect continues!}

Here are the mentioned photos:

I think this could be Willy’s dad. He was estimated to be around 2.5 years old Below you can see him recovering from anesthesia after being neutered, vaccinated and ear clipped. 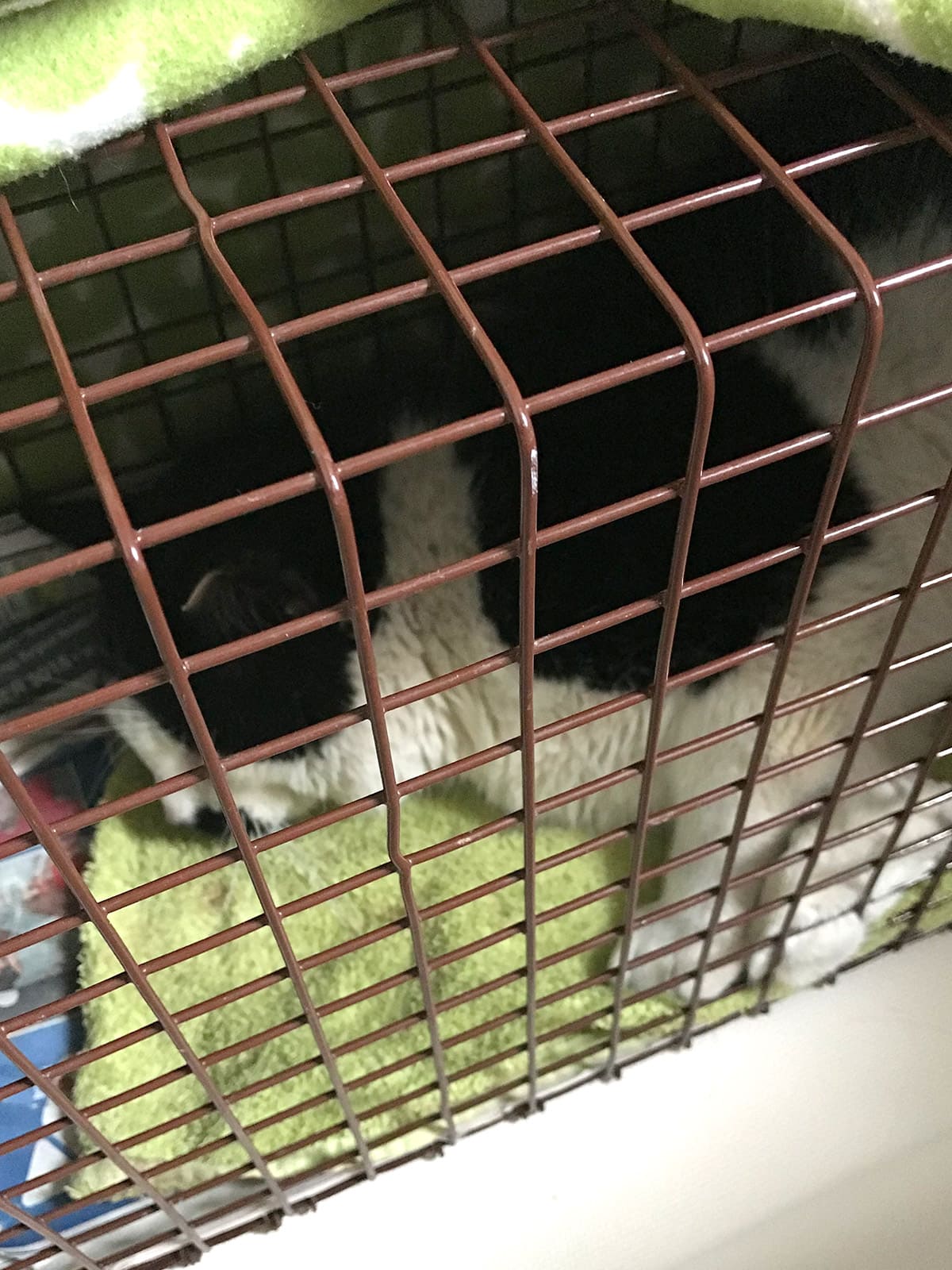 This big black kitty below was estimated to be around 5 years old and he could even be Willy’s dad or grandpa because there sure are similarities with both of those big males. 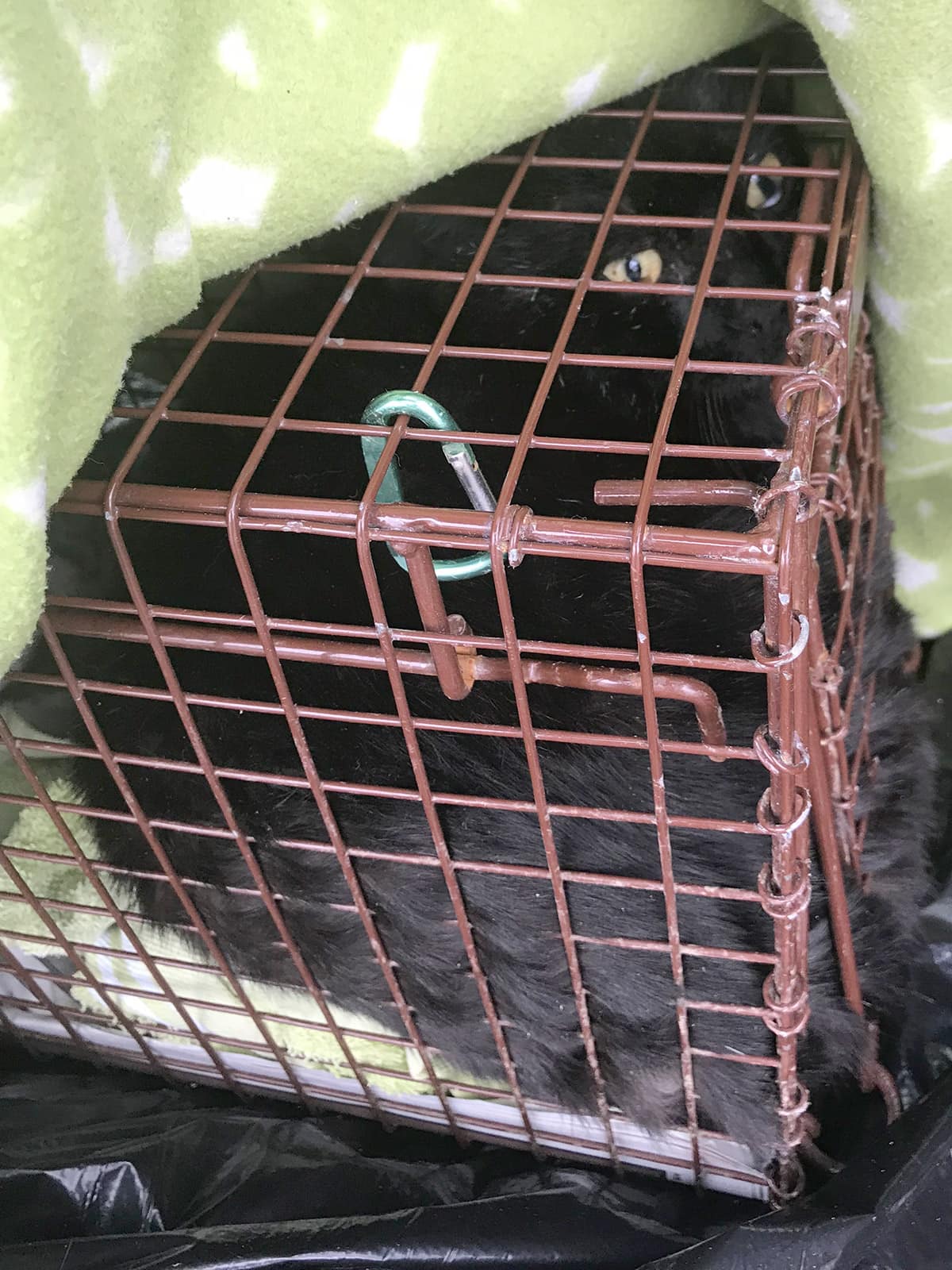 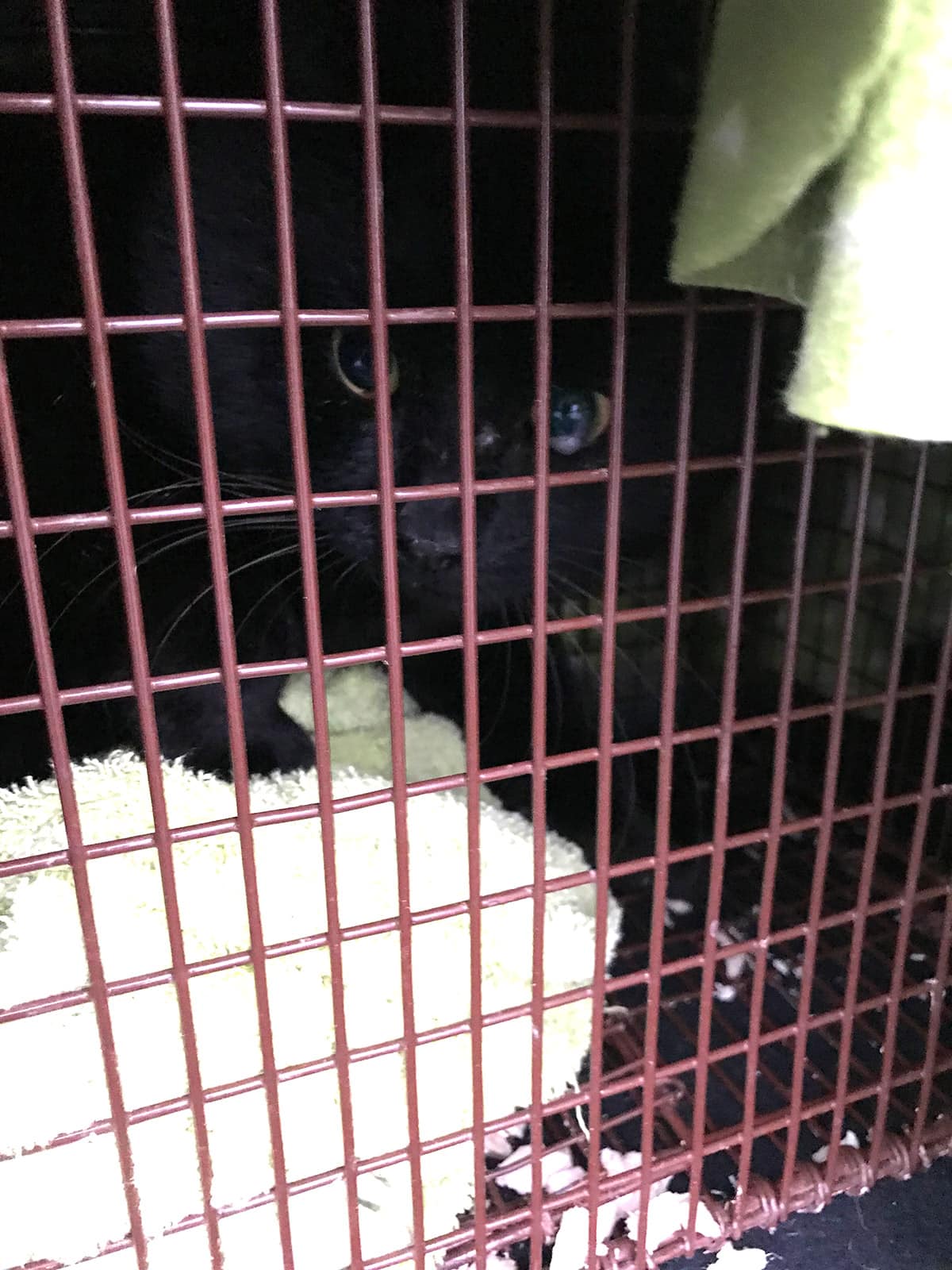 Below is another big male we caught. He really injured his nose trying to get out of the trap. A whole bunch of the cats and kittens we’ve seen in the neighborhood look like him. 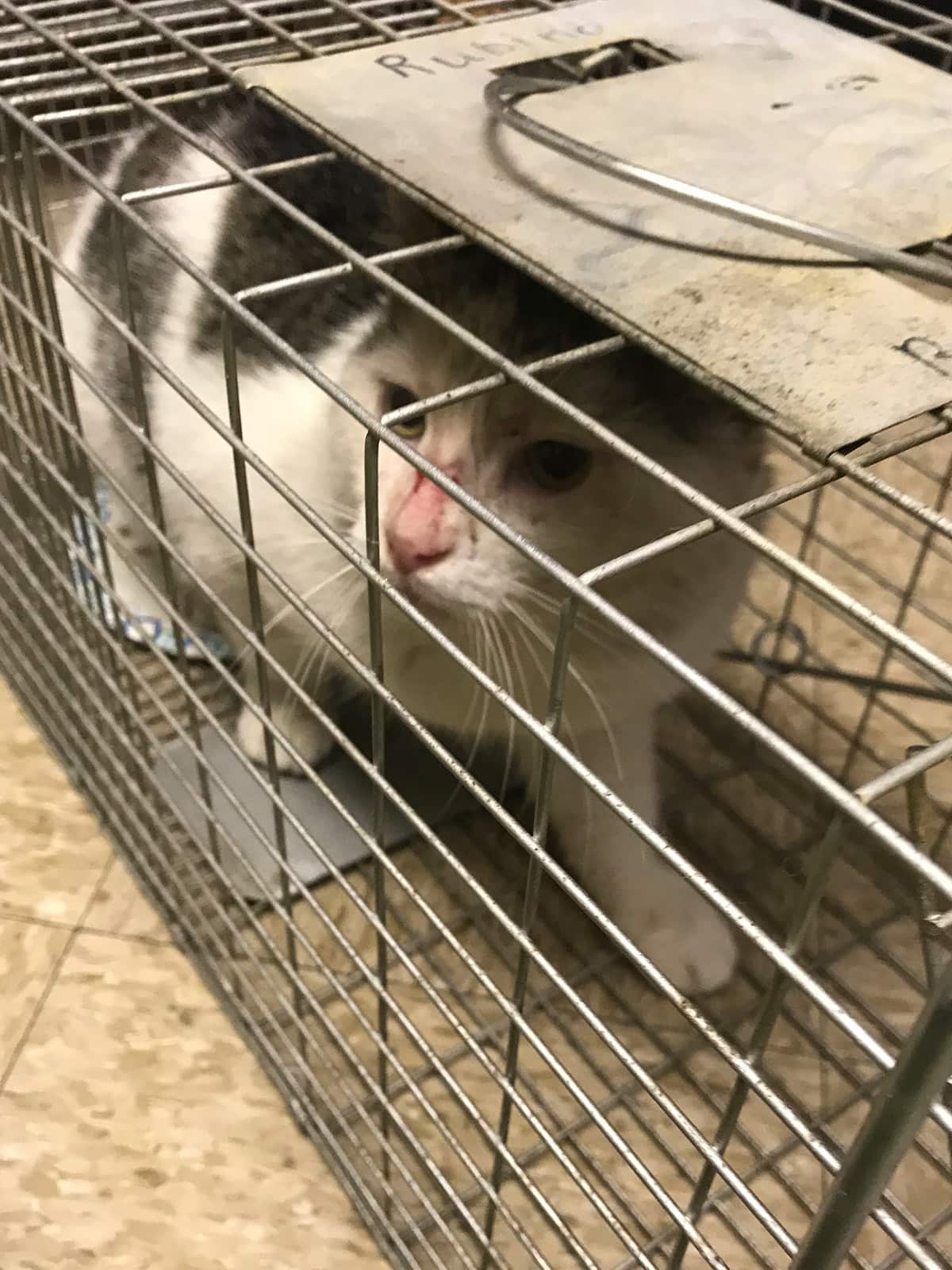 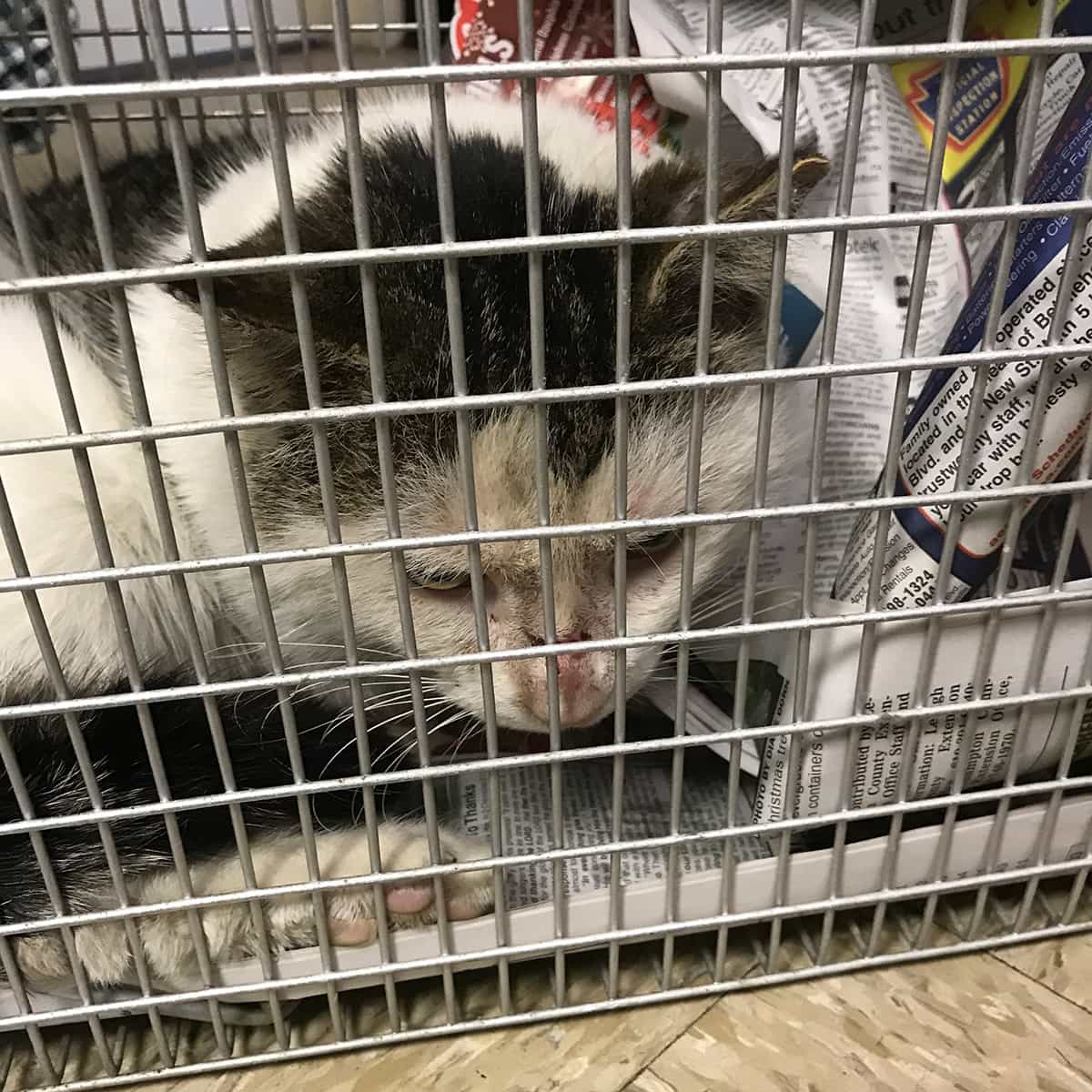 This little young girl who looks like her daddy above keeps coming into our trap repeatedly. It makes me sad and of course so hard to catch any of the other ones who need to be neutered because she keeps taking the spot in the trap. She must be so desperate for food. 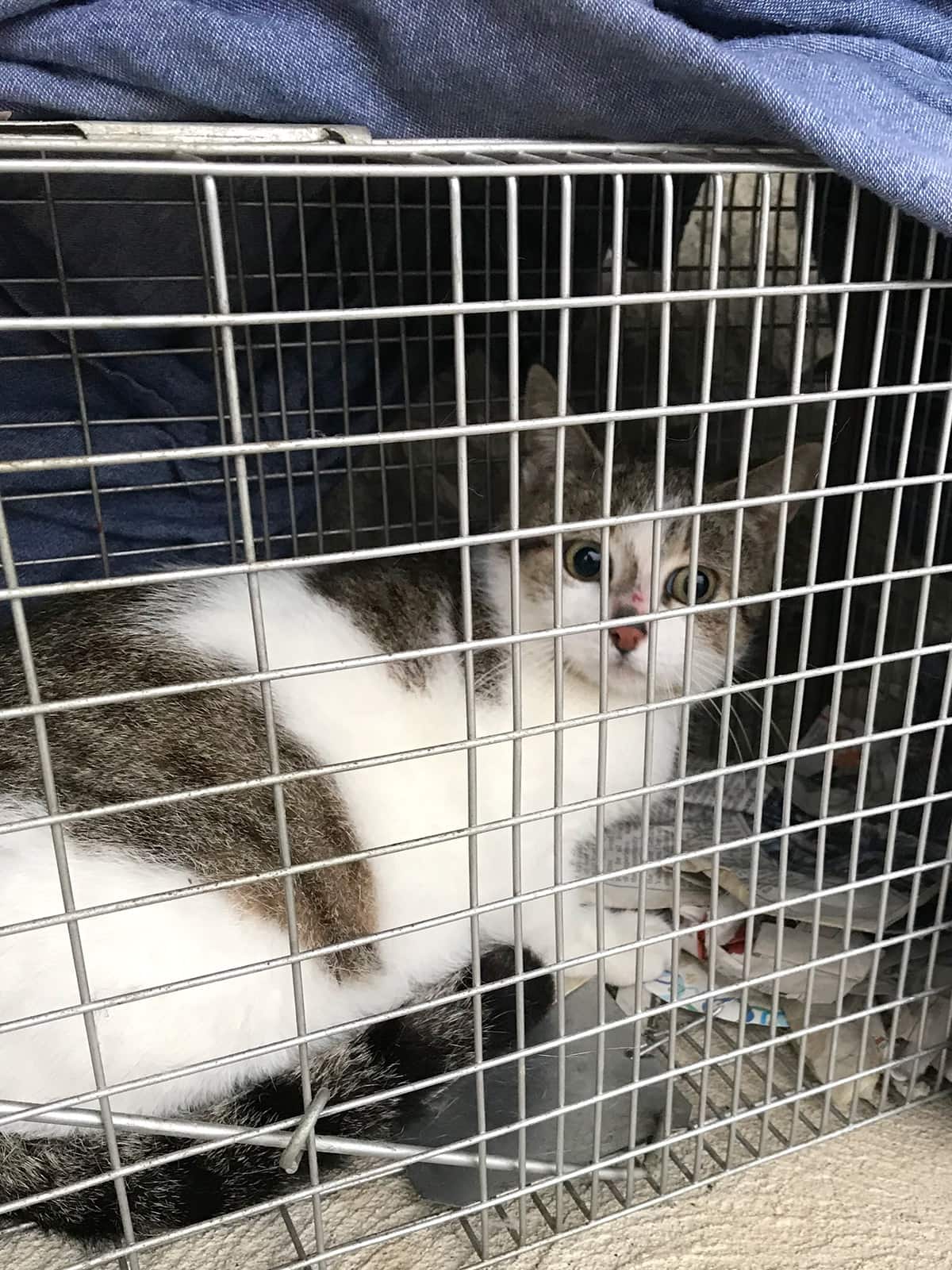 And here is another one of her look-alike sisters. 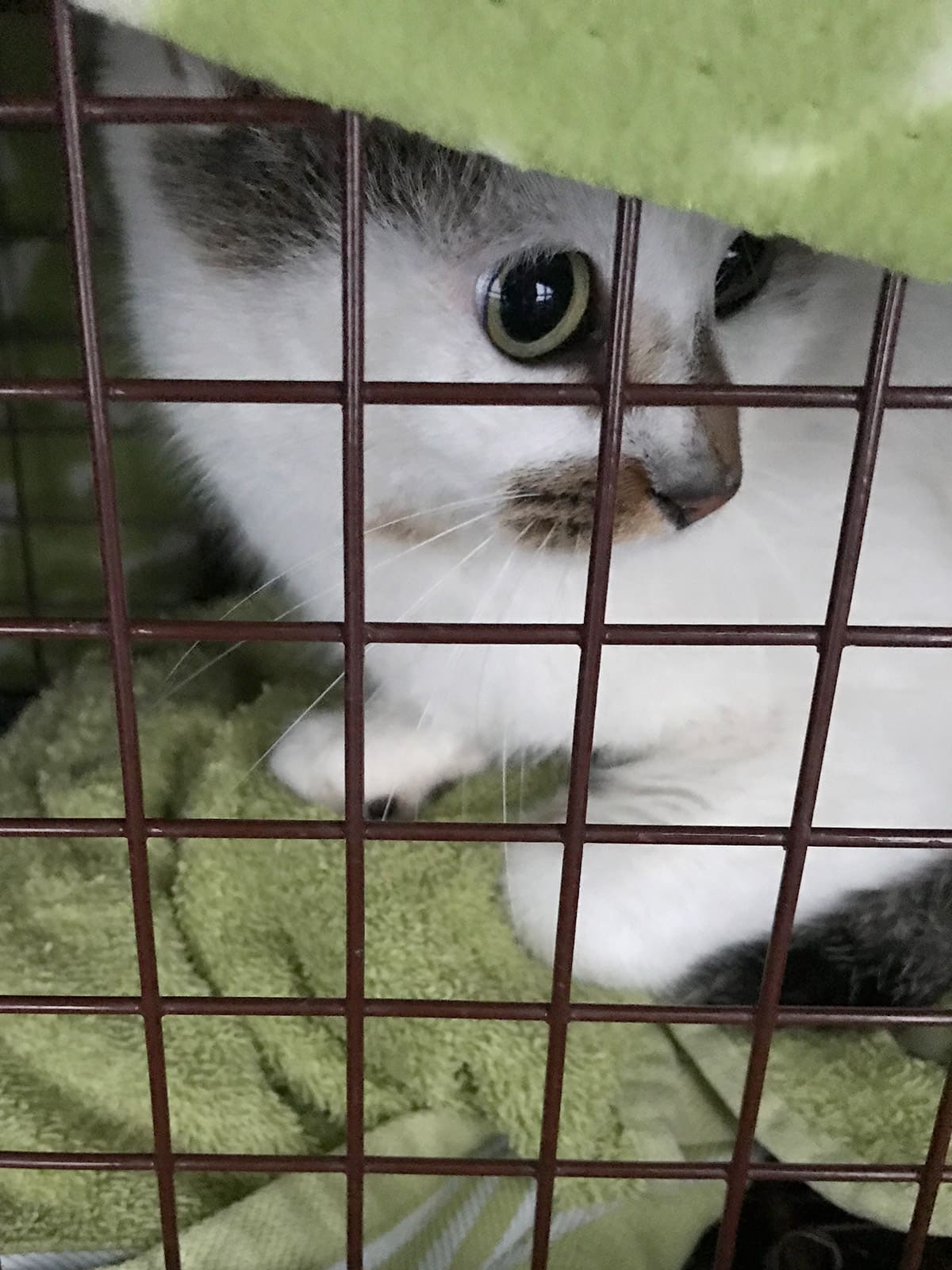 How to trap, neuter and release/return

I want to also address what has worked for us when we trap our neighborhood cats. I have very mixed feelings about putting this information out there because I don’t want any mean spirited humans (especially in our neighborhood) to take advantage of using helpful information about how to trap these poor cats and us it to do them harm.

If you have a situation like ours then you should research about any TNR organizations or groups in your area. We happen to have No Nonsense Neutering who’s mission it is to neuter as many animals as possible at low cost. The county we live in committed to paying half the cost of every feral cat that is neutered which means I have had to pay $15 per feral cat that I brought in to get vaccinated and neutered

I’m responsible for trapping the cat, driving it to the clinic, picking it up and keeping it until release time. Females need to be kept for 48 hours and males for 24 hours. It is not easy for me to release the females who just had a painful surgery. Especially since I know what it feels like!

I keep the cats in their newspaper lined trap in my bathtub because when they have to relieve themselves it can later be cleaned with bleach and washed down the drain. I know that a lot of people keep them covered in their garage or back patio. I just couldn’t stomach that during the harsh winter days. 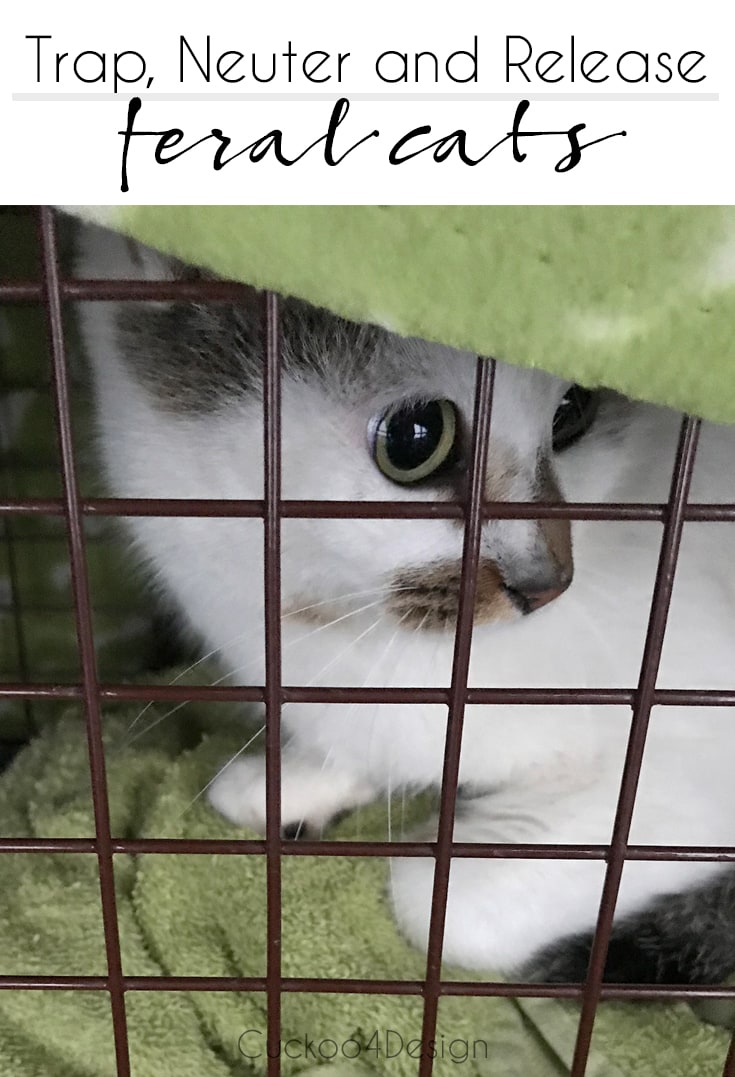 When dealing with an issue like feral cats, I always end up being completely floored by how nasty and uncompassionate a large amount of humans are. People simply don’t care and aren’t willing to do anything besides complain or in the worst case harm other living beings.

But I am also surprised to find a small amount of people who go above and beyond to reach out and help and I’m incredibly thankful for them and the friendships I have made that way. 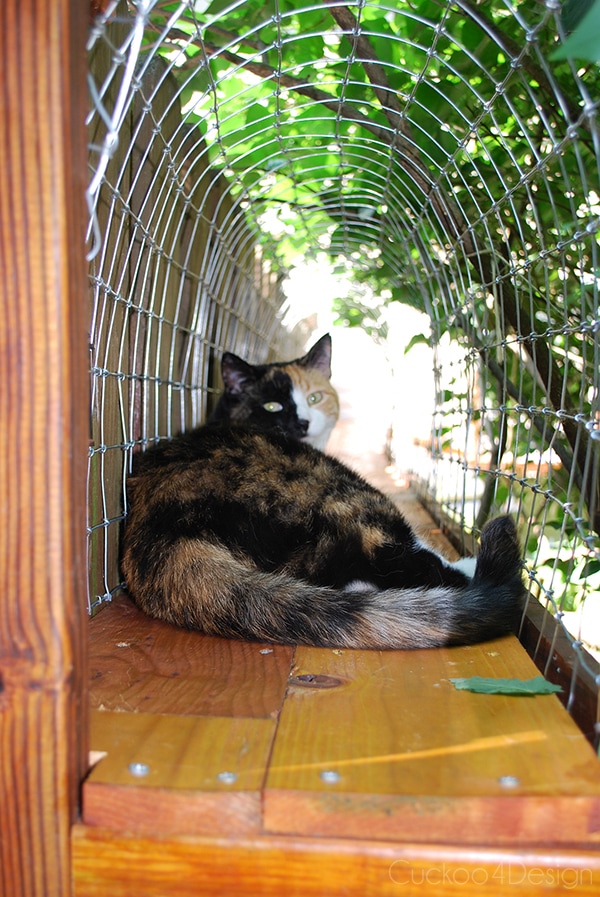 This one HERE that another blogger built who was inspired by mine. 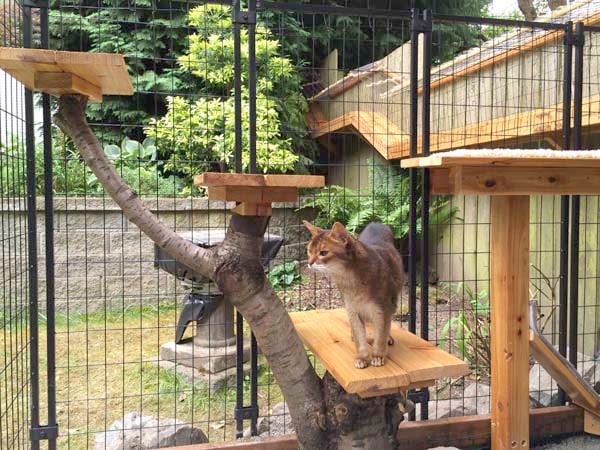 Or this one HERE: 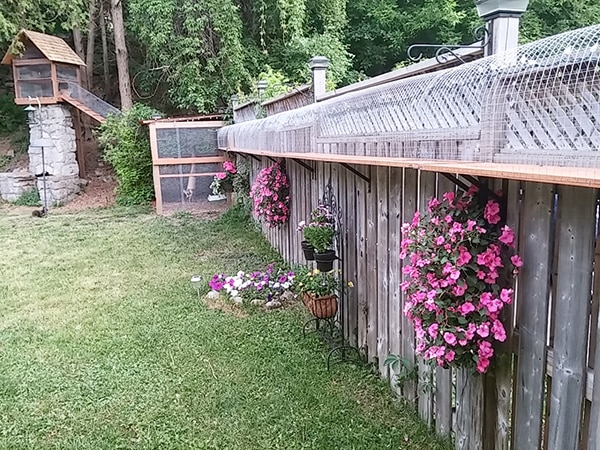