I’ve mentioned in my kitchen reveal (HERE) that we adopted again but I also wanted to write an entire post about our new family member whose name we are still arguing about.

Some friends have questioned why we adopted so soon again after our poor Anthony’s tragic story and passing. There are several reasons for us adopting so soon again.
The number one reason is that I wanted a happy ending for another kitty that needed a home and we didn’t get that for Anthony. We’ve always loved having three cats and for us, the time to adopt and integrate a kitty is during the winter when we don’t have so much running around to do. I have more time than usual to spend with a newbie. Spring and fall sports leave us busy, we travel during the summer and I would never expect our house/pet sitter to do that integrating for us.
So snowy, cold days where we are home more than usual are perfect and a big reason why it had to be soon.

I had wanted to adopt an older cat again but during a Petsmart trip, my daughter was with me and the moment she picked him up, she didn’t let go anymore. He let her hold her without a problem and she kept saying please let it be him.

And here he is… 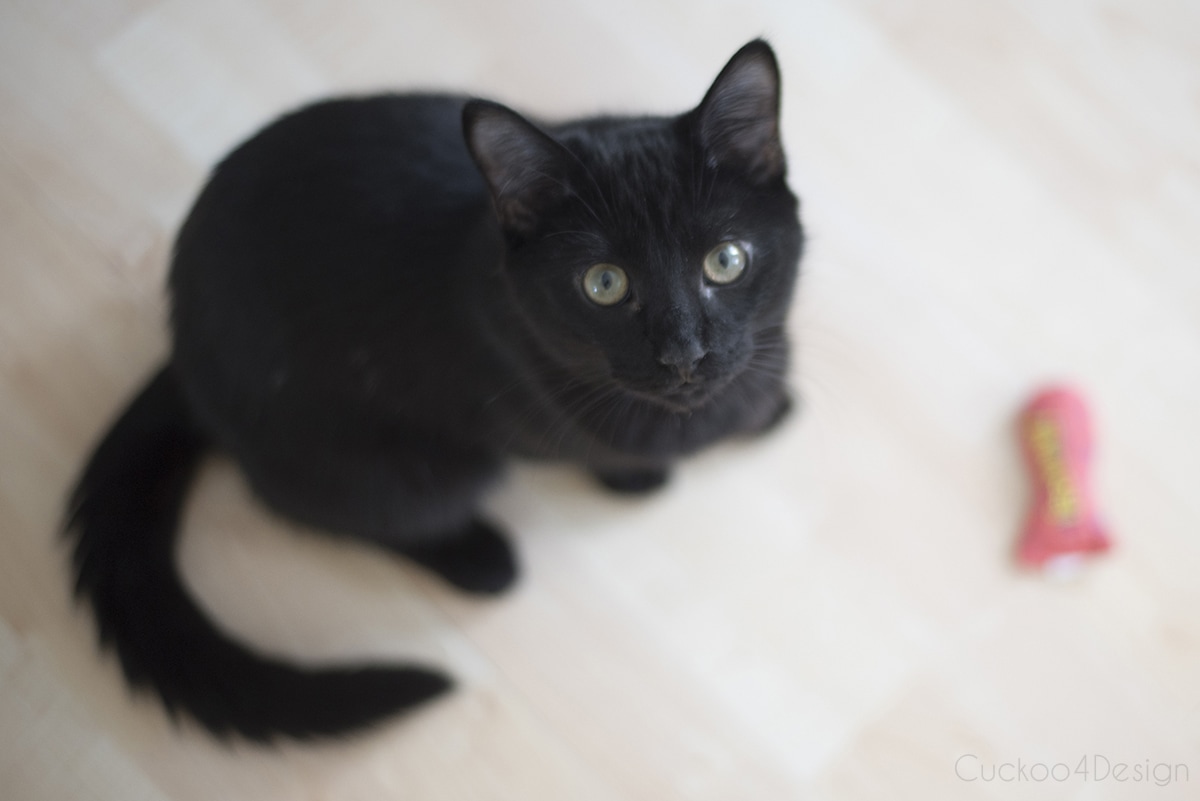 I can pretty much say that he prefers our daughter over us all. He loves her room and snuggles with her all the time which is what she wanted.

I also wanted a cat that snuggles with me which he only sometimes does. But my other two are jealous now and snuggle with me much more often. I kind of love when they are jealous. It’s a win-win for all of us.

Our new little guy is awesome and quickly found his place in our family. I only had to keep him separate from Maya and Willy for two days. If you follow me on Instagram (HERE) then you can see them frequently play in my stories. 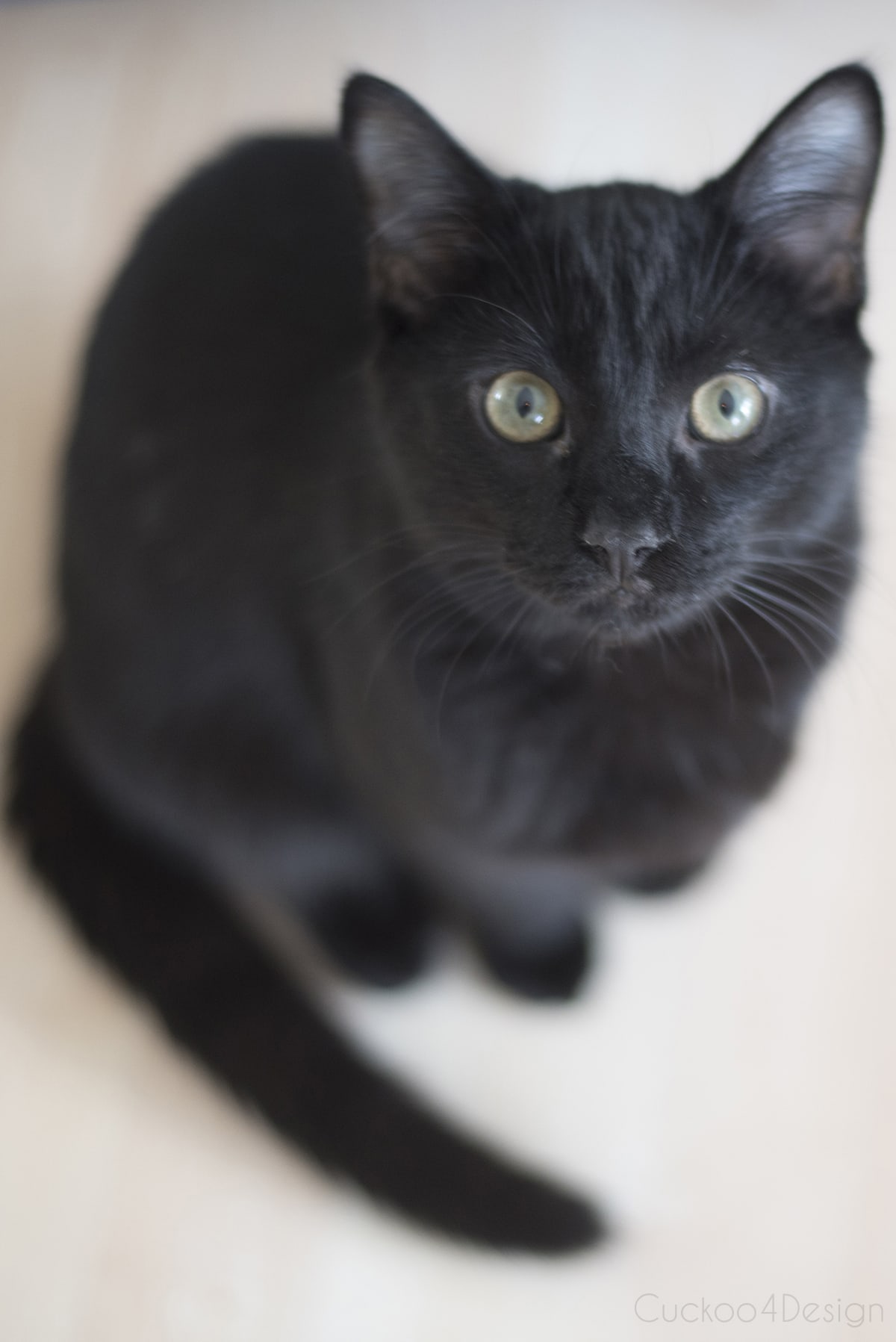 Willy is once again a great big brother and meanie Maya is coming around because she notices that this little guy won’t let her bully him. 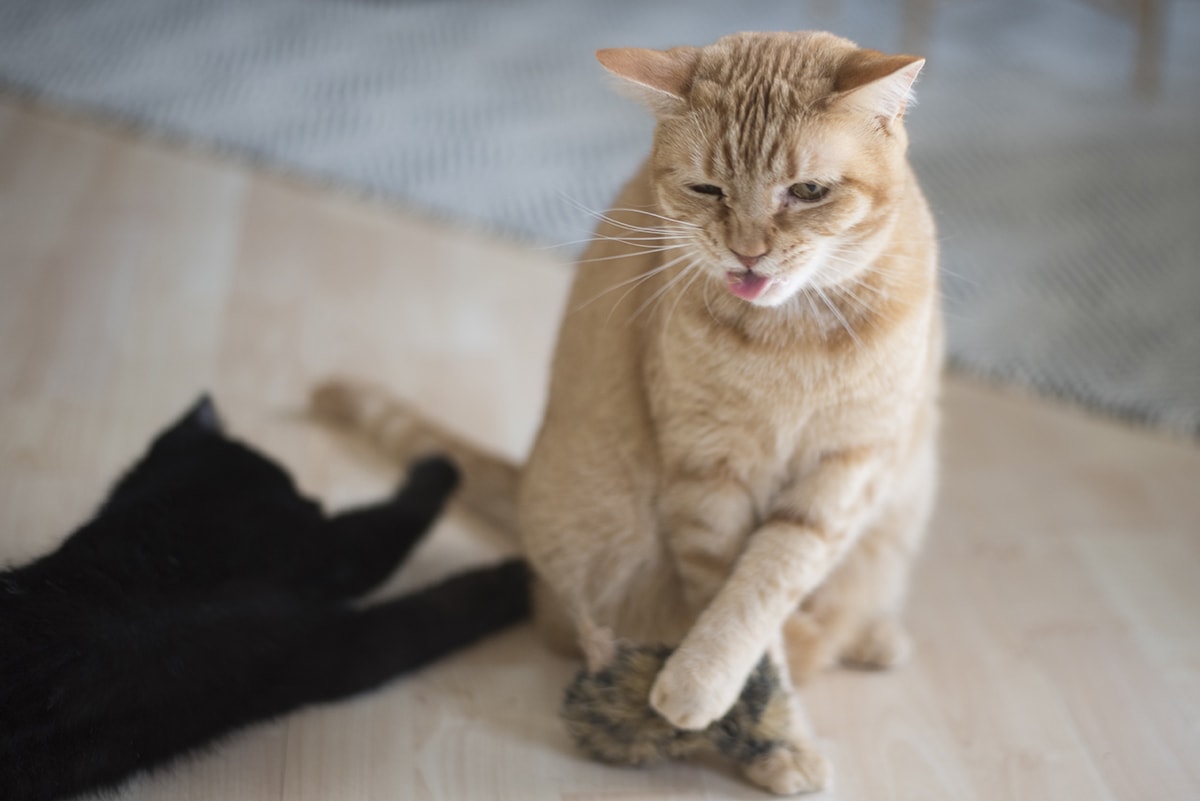 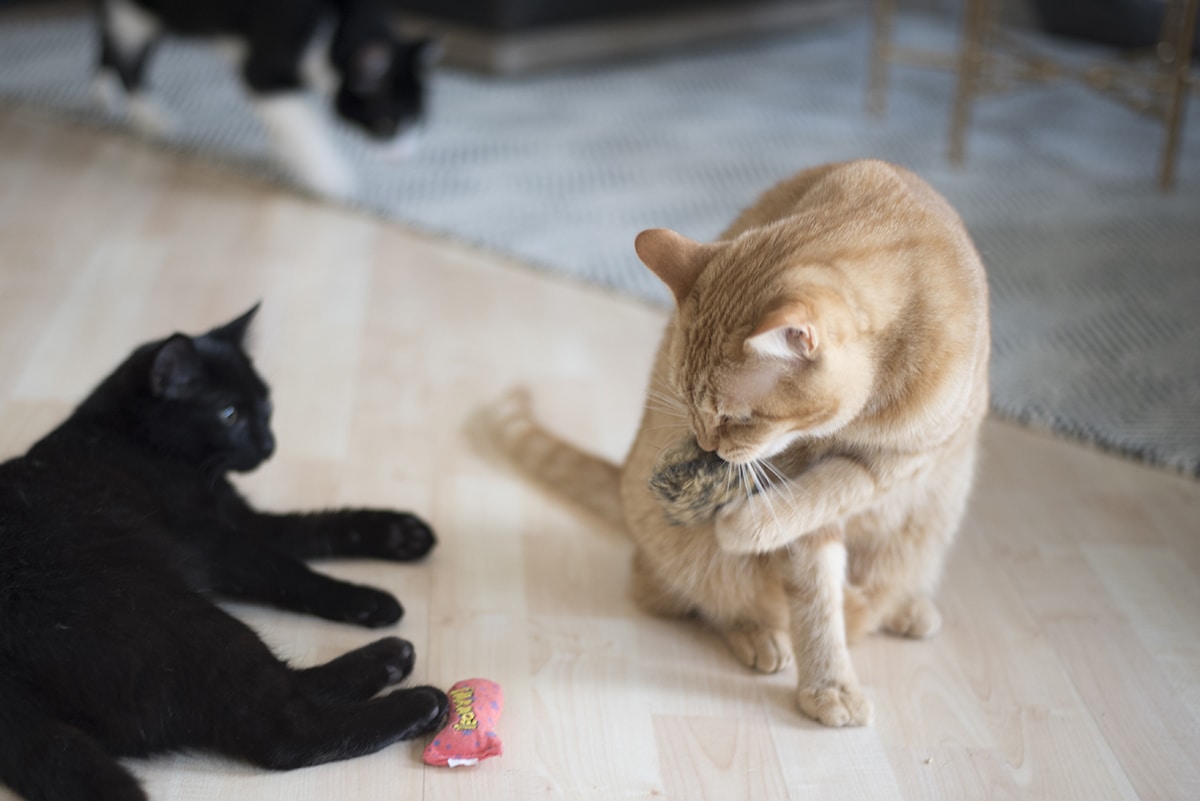 He is 6 months old, very talkative and already a pretty big guy. His foster mom named him Walton because his mother jumped a truck from Walton Georgia which headed to our area. Walton and his siblings were born 4 days later but they all passed away shortly after. His mom was also really sick but survived.

Below he is with his siblings. 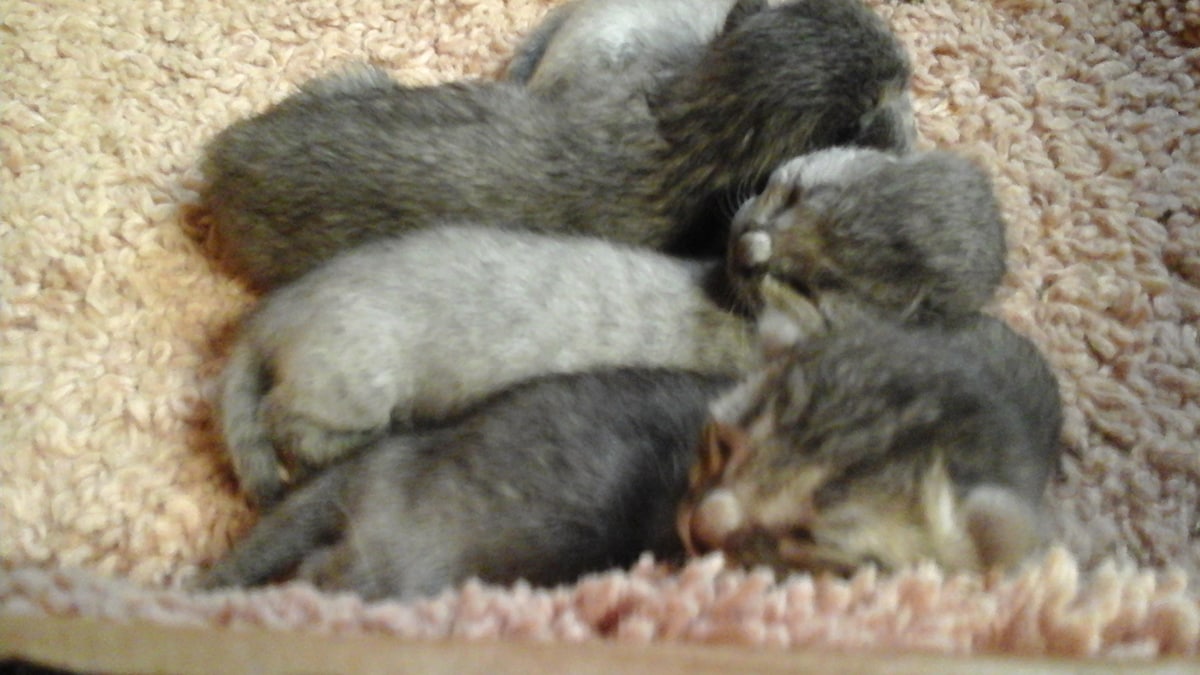 It’s so odd to see that he used to be gray which you can still notice in his undercoat. And now his fur is speckled with white hair as you can see. 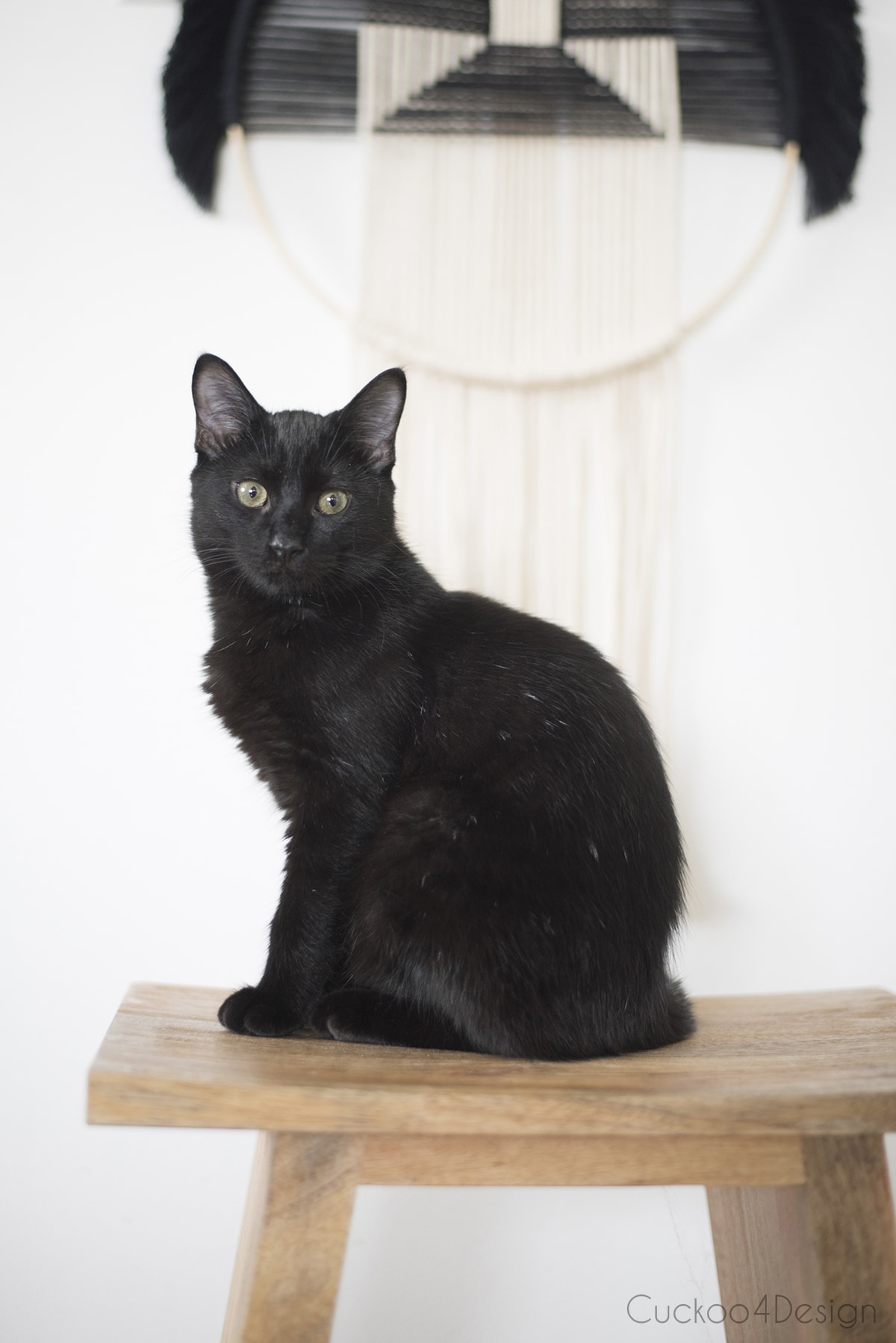 My husband and son didn’t like the name Walton. I had said we should call him Walter or Walt then.

My son wants to name him Norman and I also like Eddie.

Some people mentioned we should call him Wally but we all agree that it is too close to Willy. 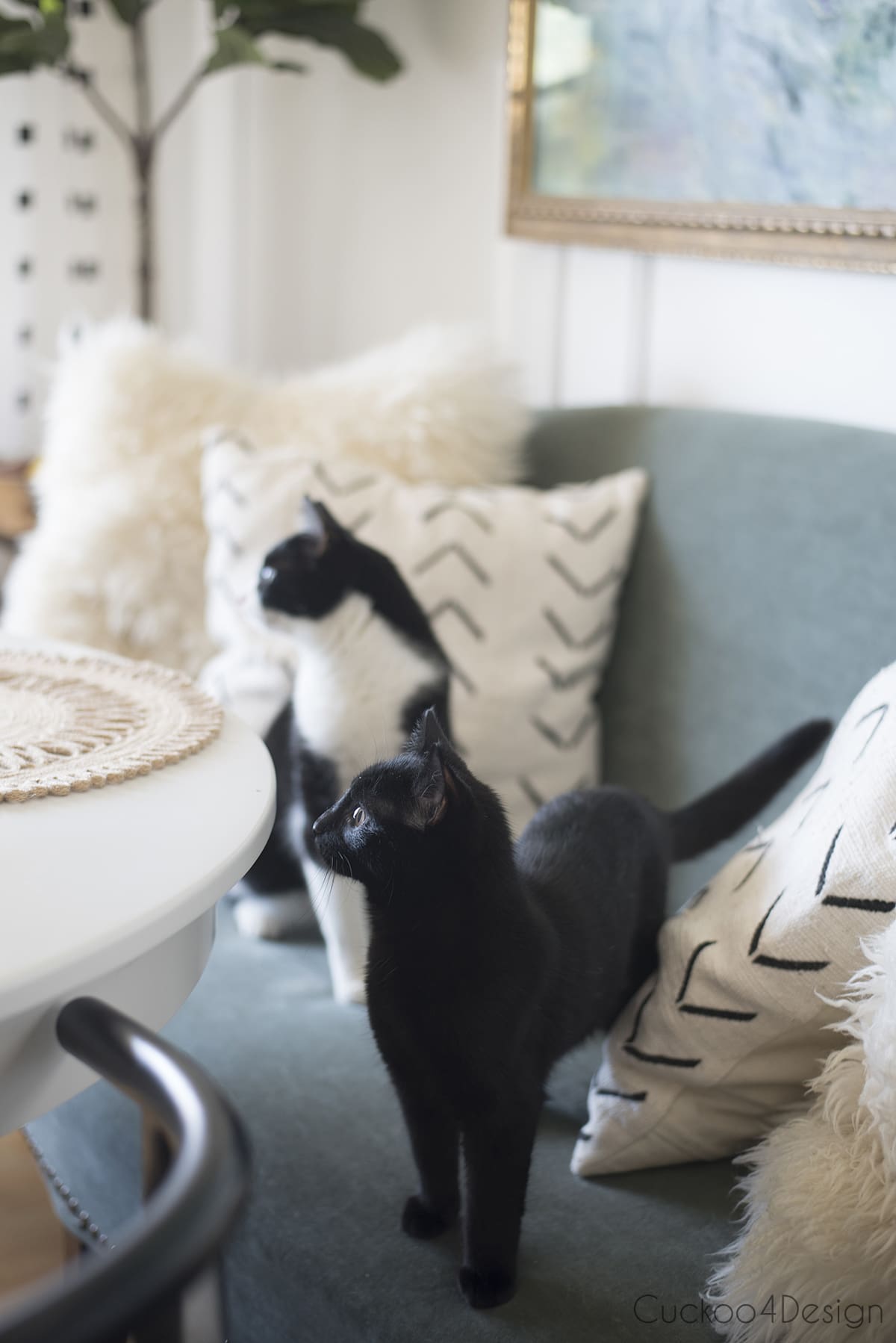 He thinks our new dining room and placemats (see the reveal HERE if you missed it) are only for him. 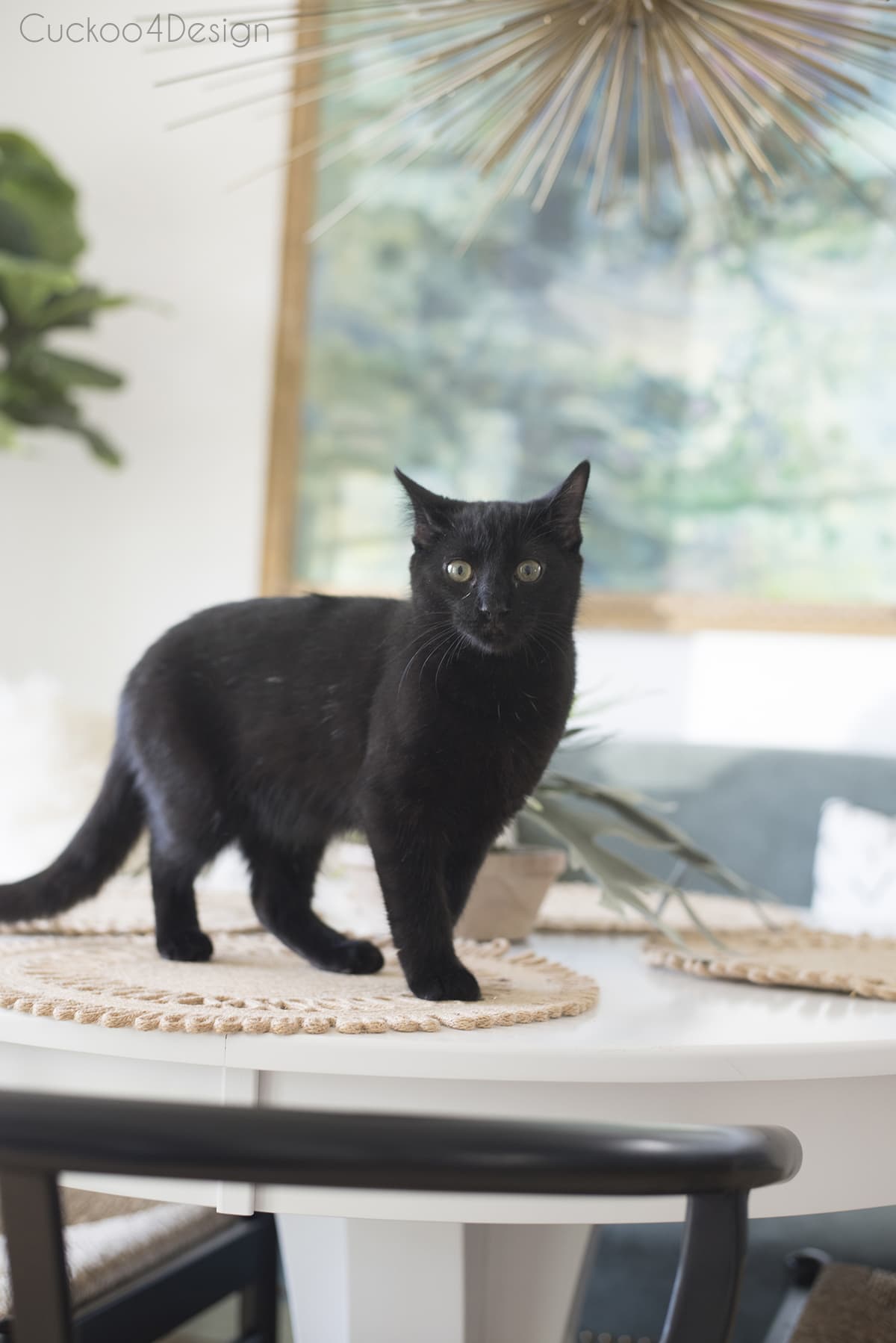 We’ve never had a cat that is this obsessed with human food. My husband said he is worse than a seagull at the beach…haha! Nothing is safe with him around. Hopefully, it will get better as he gets older. After all, he is still a growing boy and my growing teenage son is a savage too when it comes to food. 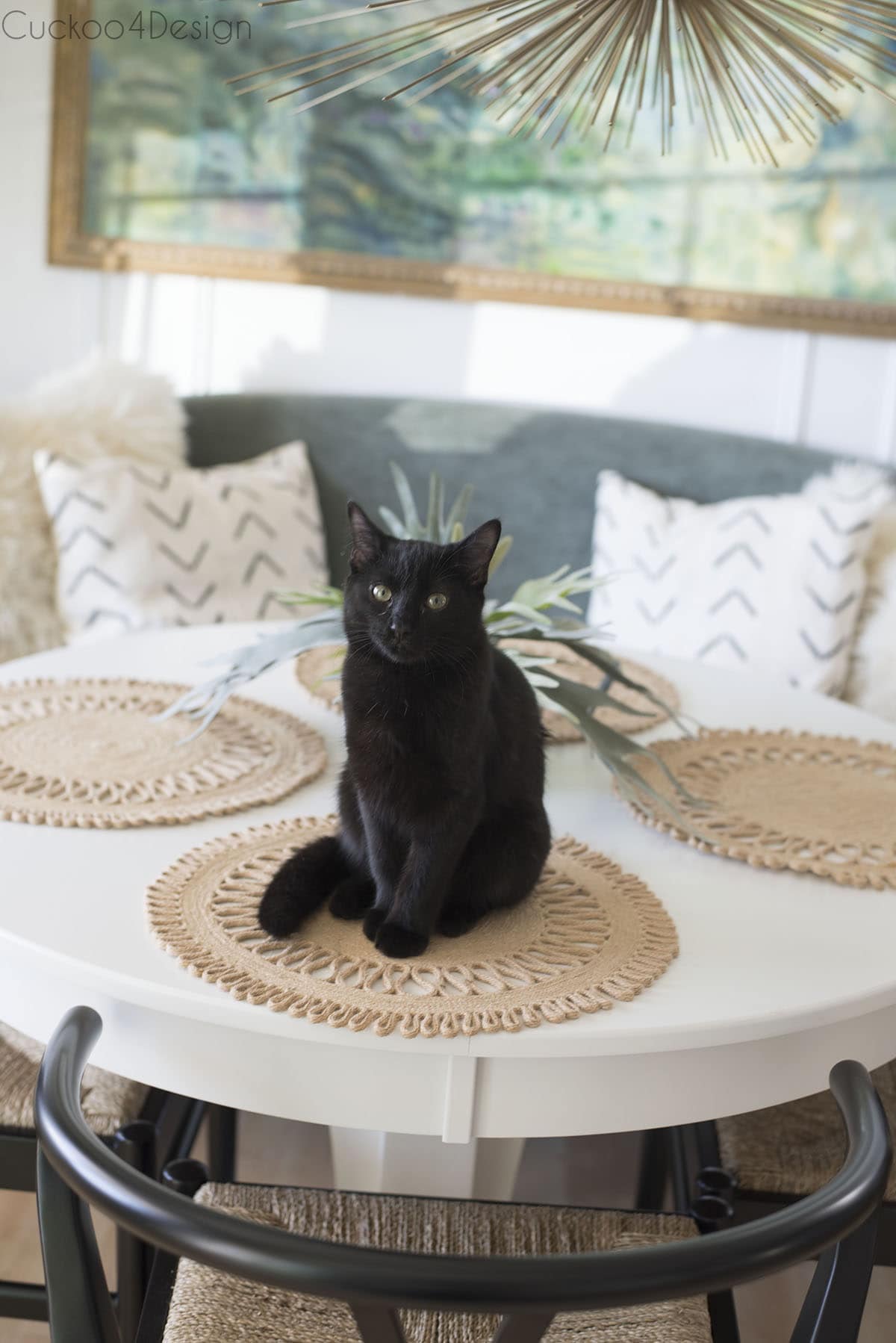 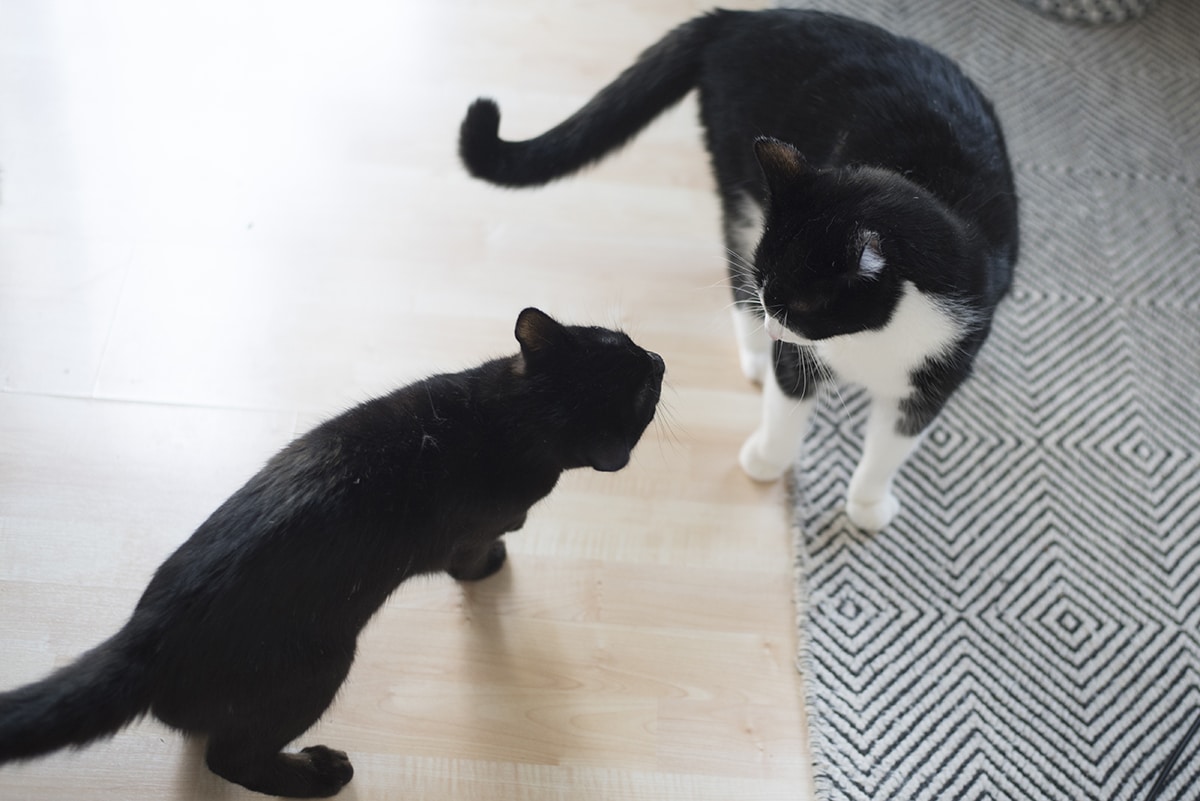 He is usually always dusty which shows up even more since he is so dark. And is a sign that my house isn’t clean 😉 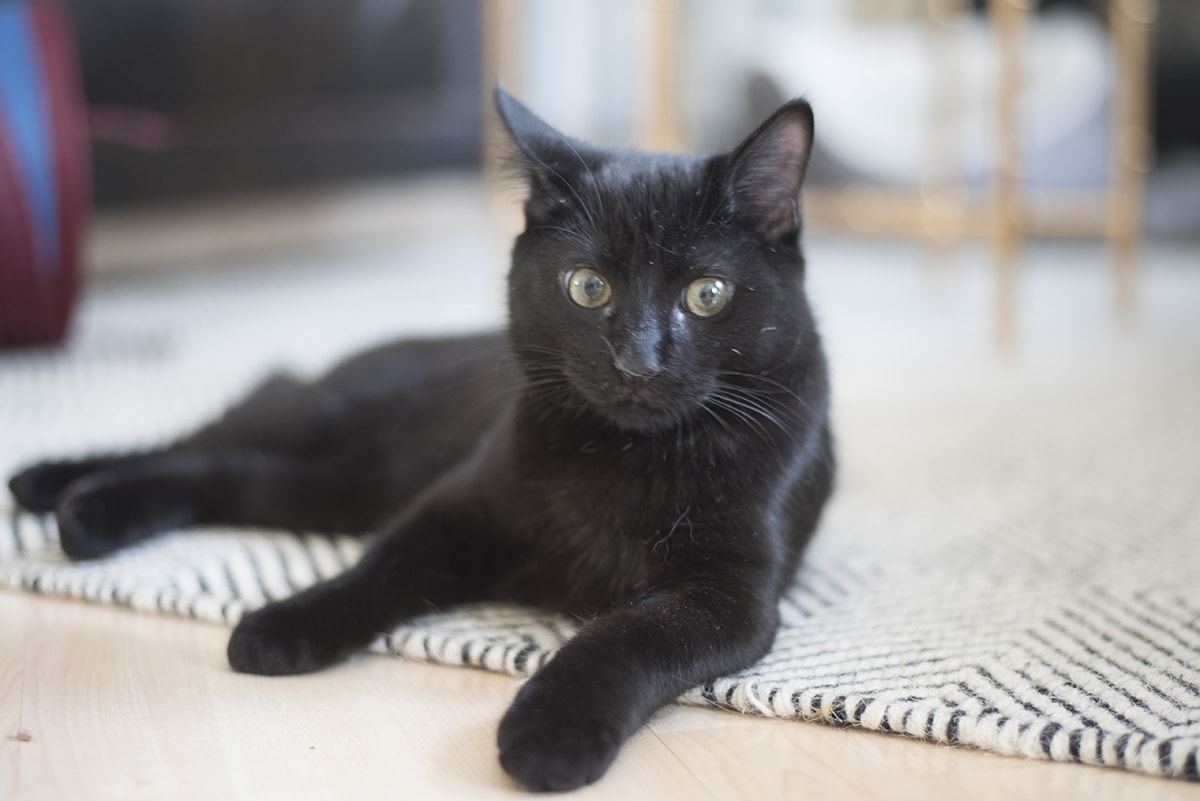 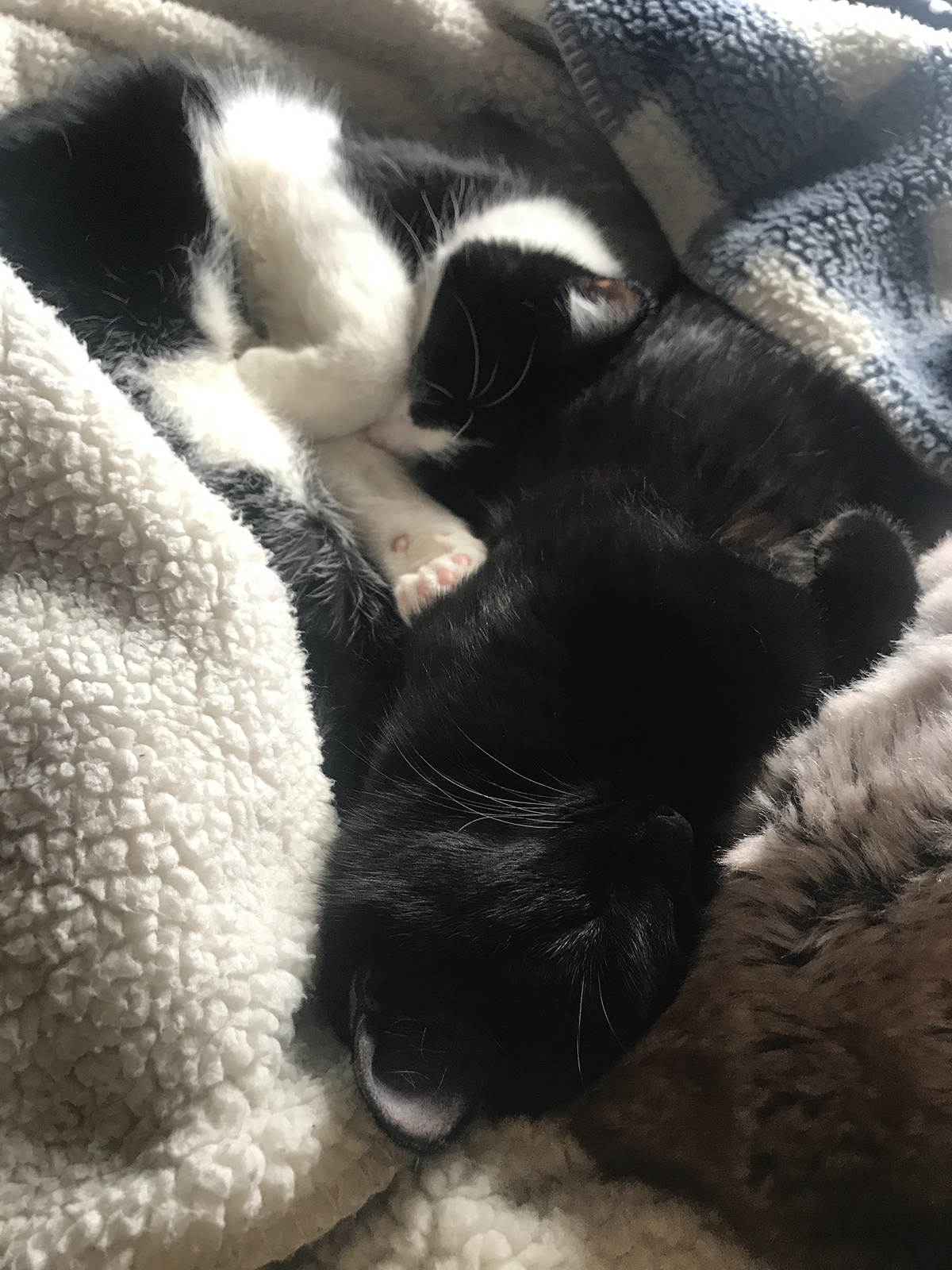 Look at that face!!! 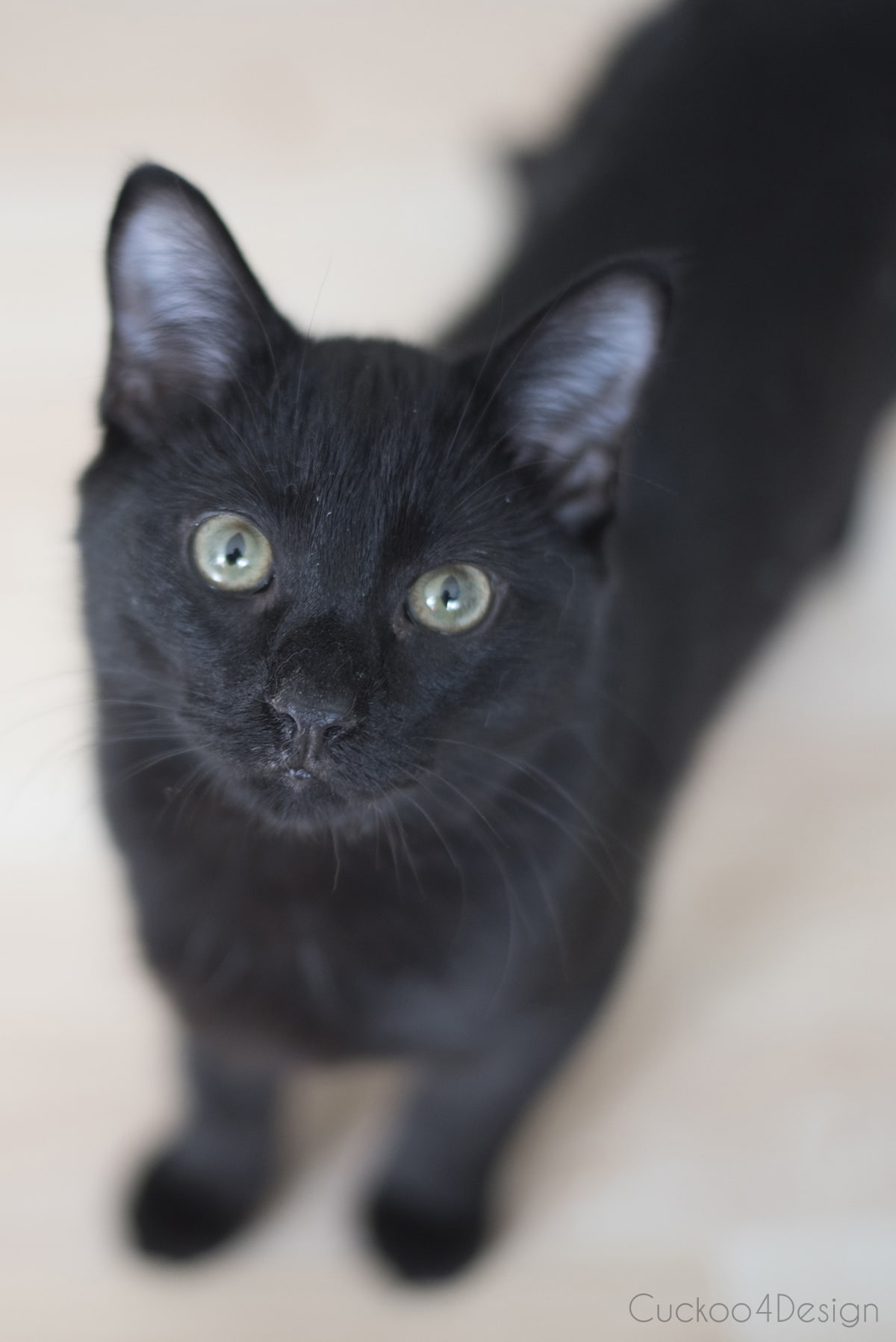 He has slowly been exploring our cat enclosure (HERE) but he is still a little scared of it and always comes back inside quickly. He still hasn’t figured out how to use the cat door to exit and enter himself. I’m sure Willy will teach him at some point. 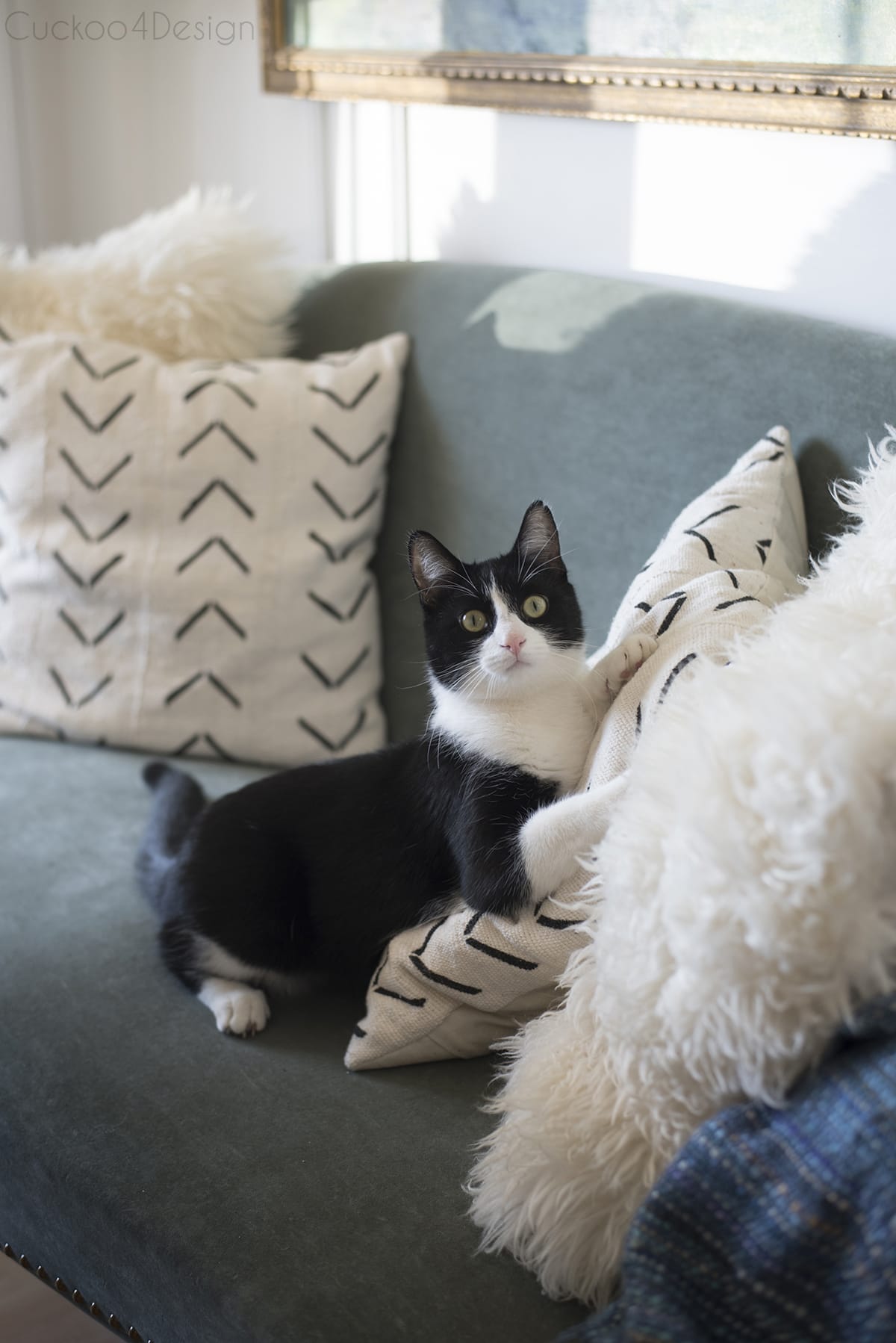 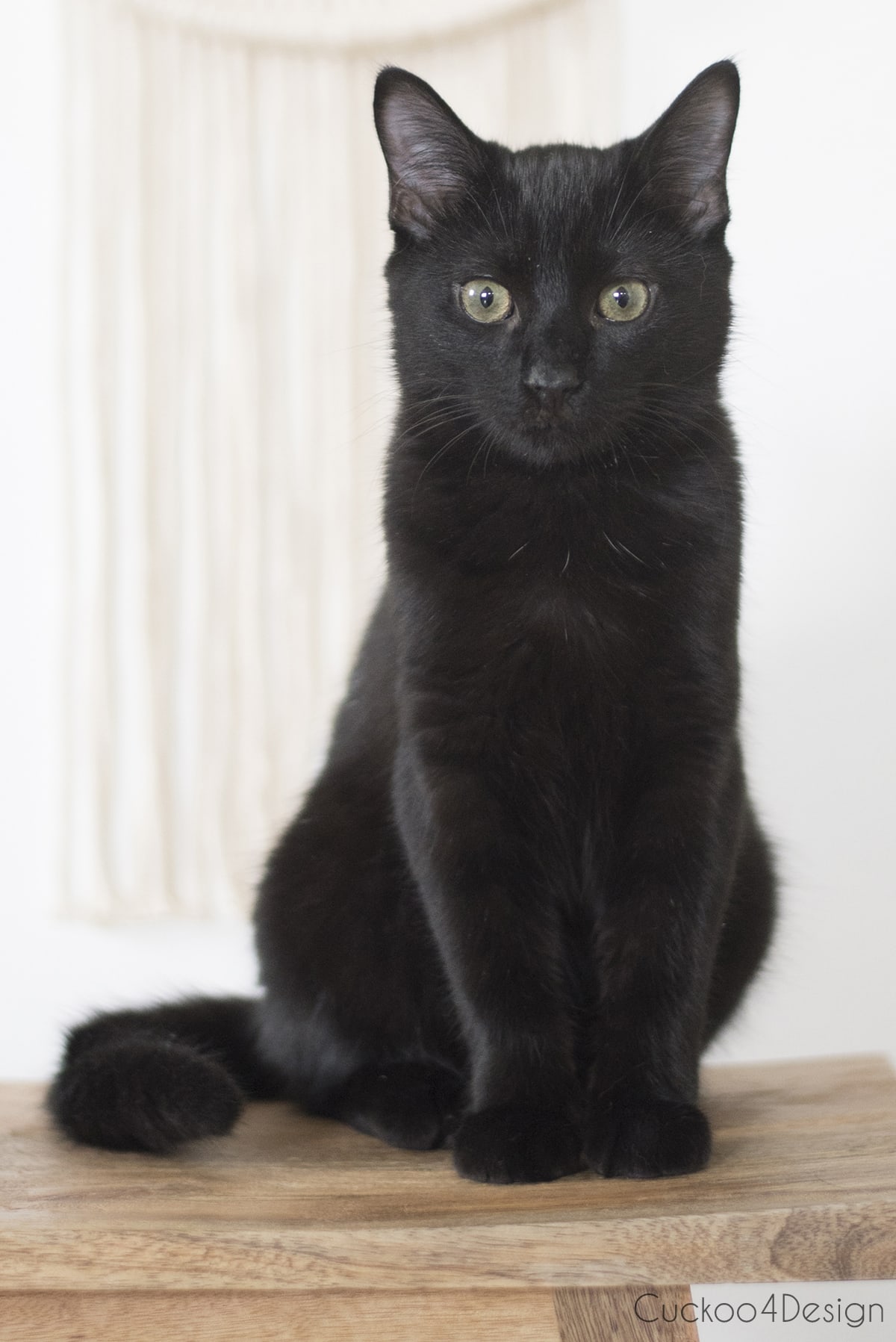 I have a feeling that the name Walt might win in the end though. My daughter is pretty persistent.

We are in love with him and hope that he will live a long and healthy life in our family.