Skip to content
Share
Pin
Email
Print
155Shares
I know I wanted to be done with this cuckoo clock a long time ago but then the beach vacation happened!

It’s finally done and hanging in Lilly’s room. Is it my taste? No, but it was a collaboration between my dear little 5 year old Lilly and me. Compromise is key here! And if you read my post about her room design then you know that I have a strong-willed, opinionated little girl. She knows what she wants and we have to meet in the middle.

She picked the colors but I painted it and she was really excited and enjoyed creating her clock.
Since her brother and I have a cuckoo clock hanging up (to see click here), she had to have one too and when I found this $20 (made in Germany) cuckoo clock, I knew it would be hers. I wasn’t afraid to experiment with a clock where the cuckoo wasn’t bouncing up and down anymore. He comes out and makes his sound but no movement. Perfect for this project and Lilly didn’t care.
After taking the clock apart and taping, I primed the clock with Kilz water-based primer. For furniture I would use oil-based but since this is just hanging on the wall and nobody is touching it, water-based will do.

Then I spray painted the entire clock white. I even painted over the roman numbers since it would be impossible for my 5 year old to learn how to read a clock without regular numbers. 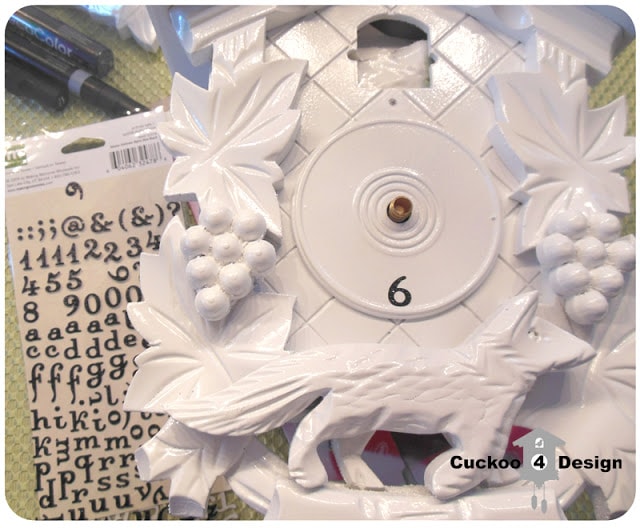 She had to (off course) pick black glitter numbers. It was really hard for me to move on from the beautiful white clock, but she wanted color and lots of it! I used acrylic craft paint for the colored parts, magic markers for the black parts and finished everything off with a coat of clear gloss spray paint.
So here it is! She loves it!
Do you see what’s wrong with the following pictures? 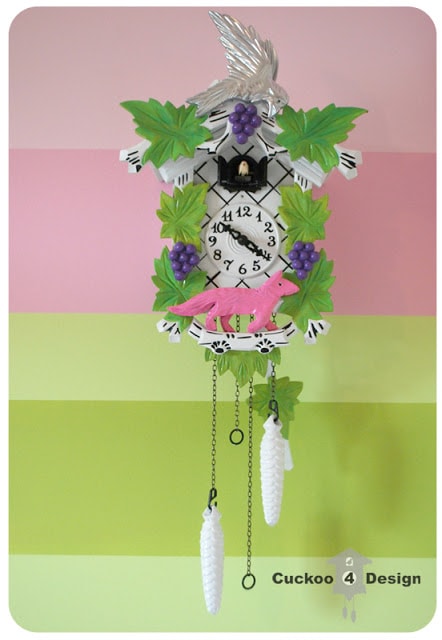 I didn’t adjust the time yet and the cuckoo is out without the clock striking the full hour, ahmmm, sorry! I was too eager to take the pictures again.
We have a silver cuckoo, pink fox (or is it a wolf?) purple grapes and lime green leaves. 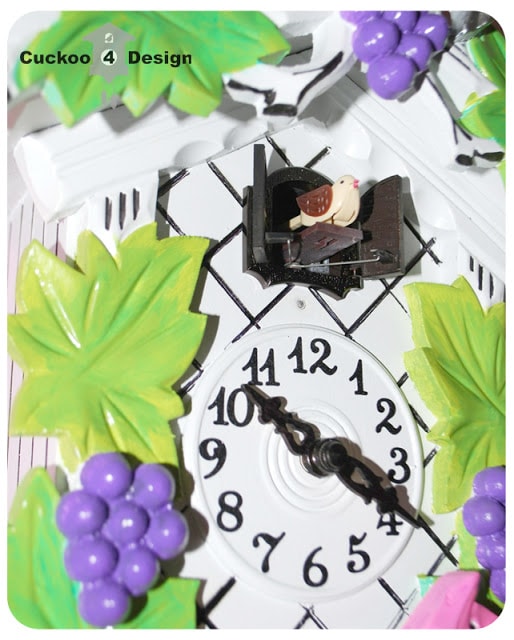 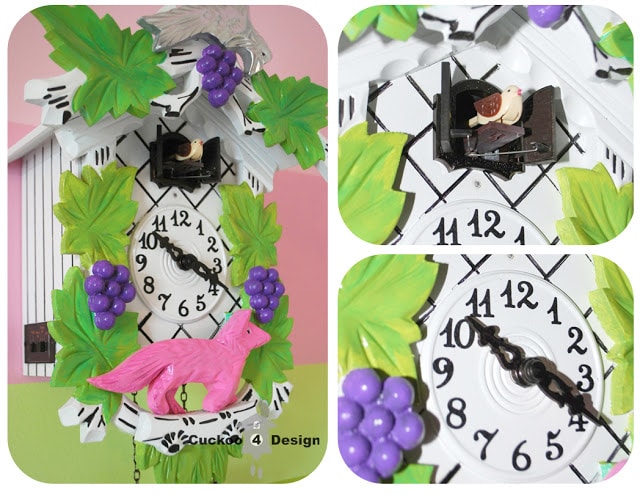 I’m sticking with my glossy white cuckoo clock! But my son told me that it isn’t fair that he had to have a boring brown clock in his room while his sister gets to have this cool (his words) colorful clock.
But, come on, it is kind of cute!
Stop by again soon und guten Tag. 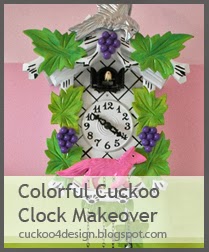