You might have guessed already what I’m up to because of my lack of posting or because you noticed on my Instagram, Facebook or Snapchat (@cuckoo4design) that I’m in Germany at my parents’ house.

I was more terrified to travel and fly than ever due to what has been happening in the world lately. The fact is though that if I want to see my family and hometown then I have to no matter how scared I am. We look forward to this trip every year.
My friends all talked some courage into me and told me that I couldn’t let this fear rule me and that they were sure everything would be fine.

I can’t tell you how glad I was when the plane finally landed in Frankfurt. Well then comes the fear of being in an airport and being amongst so many people.
The same day of our arrival something an awful ax and knife attack happened close to our town in a train, actually in one of my favorite towns and where I went to school for a period in my early twenties… Würzburg (I blogged about it HERE)… I used to ride one of those trains to get to school and work. It later was proven and clarified that it was an ISIS related attack (you can read more about it HERE).
It made me want to just hole myself up at my parents but my husband and son had already planned their annual trip by train to Hamburg and surrounding area, so I had to try not to think about what could happen and off they went.

The same day of their return I heard about the Munich attack while we were sitting in a beer tent in my hometown that holds several thousands of people. A large gathering of people like this now makes me fearful with another attack last night at a music festival in Ansbach (read HERE) which isn’t far away either. I’m trying to once again not think about it but I almost find that impossible. How can I not think about it when so many people get hurt?
On one hand you want to keep your family safe but you also want to see your family and enjoy spending time with them. Not only am I afraid of crazy attacks in the US but now in Germany as well where I used to feel safe. Due to the large amount of refugees now living in Europe the governments have lost control over who is in their countries and what they are doing there and I don’t see how they will regain the upper hand again. 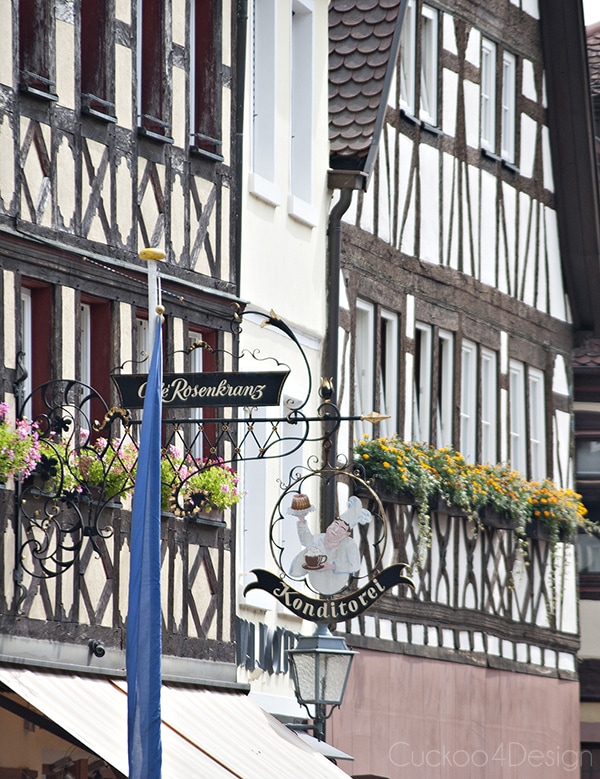 We will however keep making the best of it and try to enjoy ourself with the hope of nothing else happening. I’m praying that fear, horror and hate won’t win but love, kindness and being able to live together in peace. Why can’t some humans see it that way? 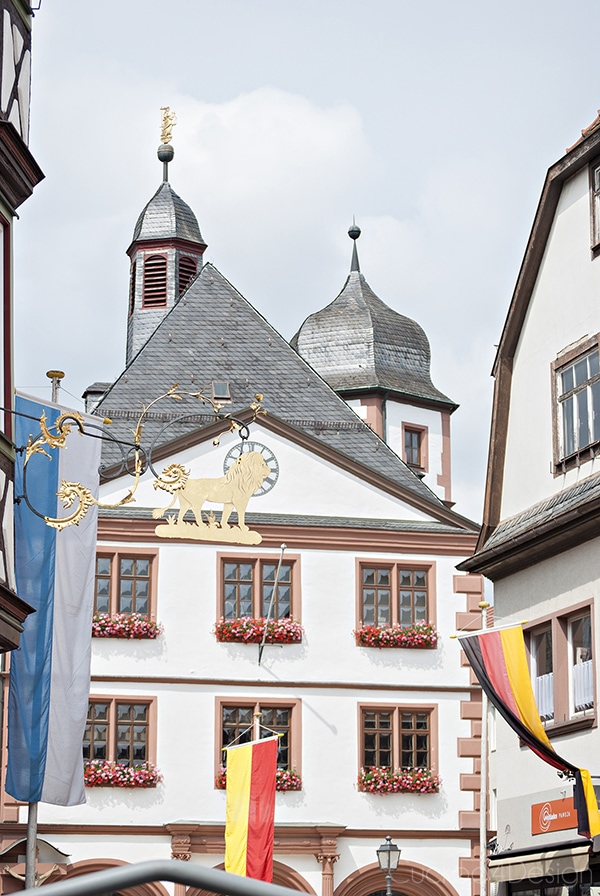 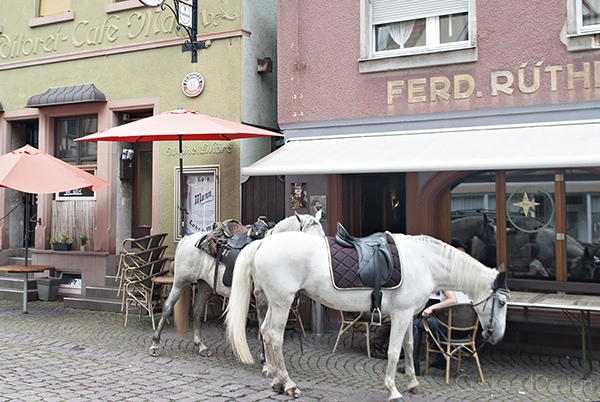 On a lighter note, this is what happens if your sister-in-law and yourself have the same taste in clothing and don’t talk about what to wear when you go out. We end up wearing the exact same thing 😉 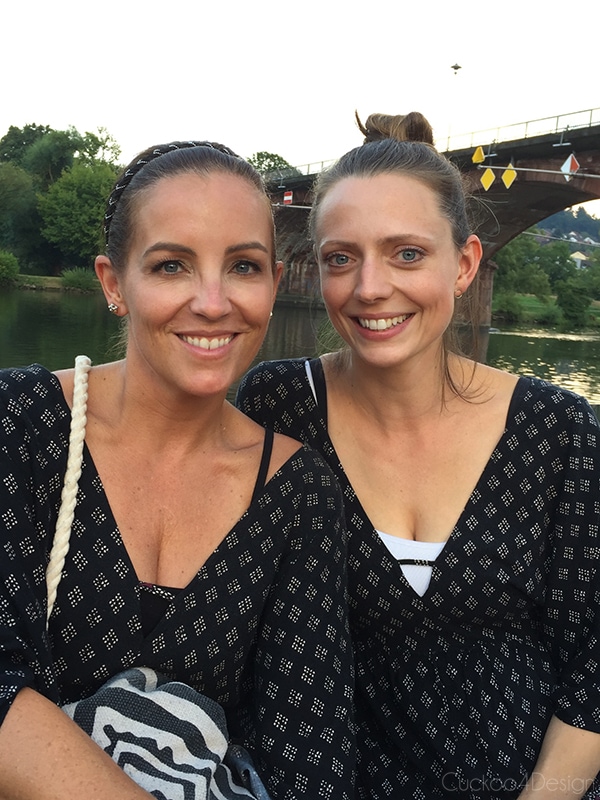 My children however, even though they hear about it everywhere are capable of just enjoying themselves without the constant fear that adults live with. Which is what my father told me him and his friends did during the war. Kids just don’t think about it all that much and live day by day which is such a good thing. 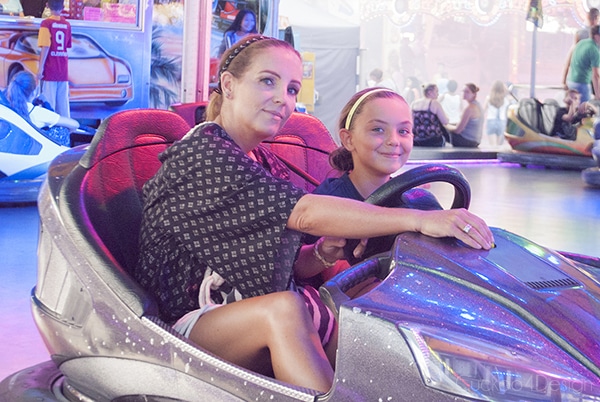 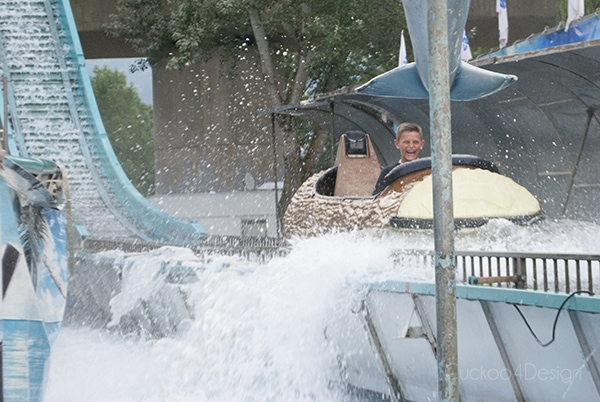 I have some more posts coming up including my son’s blog posts about his food and trips so stay tuned.

You can read more travel posts below:

2015
Ronneburg
Amsterdam (written by my son)
Switzerland: Küssnacht, Lucerne
Switzerland: Fürenalp Engelberg
2014
Baden Baden and Heidelberg
Visit to Bratislava and Mödling written by my son
Visit to Wien written by my son
My love for Würzburg
One of my all time favorite German castles
Crashing My Brother and Sister-in-Law’s New House
2013 posts:
Windows to my past
Our Church Anniversary
Vintage Bjørn Wiinblad
Loving the local watchtower
Crashing my parents house
Where does the real Snow White come from?
Visit to Aschaffenburg
Chiemsee visit
Königssee visit
Sad History lesson
Visit to Praha written by my son
2012 posts:
Cuckoo 4 Würzburg!
Random photos from our trip
my brother’s old place part 1 and part 2