Like the headline already says, today is a special day. Not for you but for us. We have been married for 15 years today. Ca-RA-zay! I honestly can’t believe it. Saying it out loud makes me feel so old.

We actually have two anniversaries but pretty much only celebrate our legal anniversary. What I mean by that is that we got married by magistrate a year before our church wedding. We wanted to get married in my home town church, so in order for me to be able to leave the country and come back in, we had to get all the legal stuff done first. So by law and name we are married for 15 years today.

After we got married we left for a weekend in Baltimore where they were having Baltimore Preakness celebrations. We had some great days!

Look at us two baby faces. It sometimes seems to me as if those two kids are strangers.

Well anyways. I just wanted to share a small project with you guys today.

As it so happens, I still have the coaster on which my hubby wrote his phone number on in the bar we met. Yup, we met at a bar and I was 21 years old. I knew the minute I walked into the bar that I wanted to meet the guy leaning against the back of the wall. He was quite the looker (and yes he still is)!

I also still have the movie stub from our first date. He took me to see “The English Patient” because his sister was obsessed with it. Since I was born and raised in Germany I can only say that I don’t like WWII movies. But I liked him! 😉 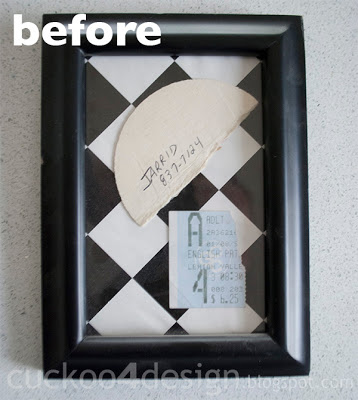 I previously had those two crappy looking pieces of paper hanging in our basement bar, since we met in a bar. But for our anniversary I thought I’d give them a little overhaul.

This is so simple and you can do something like this even if you don’t have a silhouette cameo.

All I did is spray paint some old frames white and cut out gold vinyl on my cameo to fit the glass. You can also use spray paint or gold leaf if you don’t have vinyl. On the one frame I put the gold behind the glass and on the other frame I stuck it to the front of the glass. It was kind of hard to get the air bubbles out but I did it. 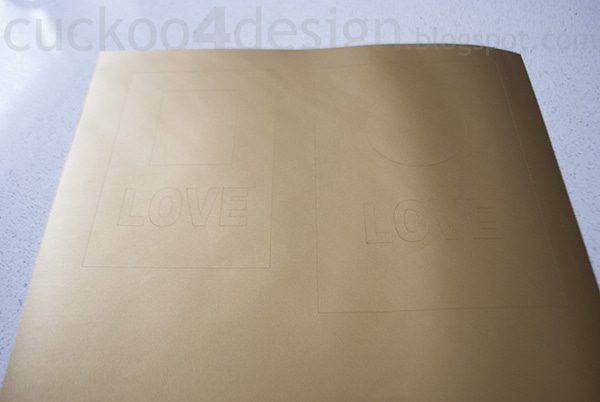 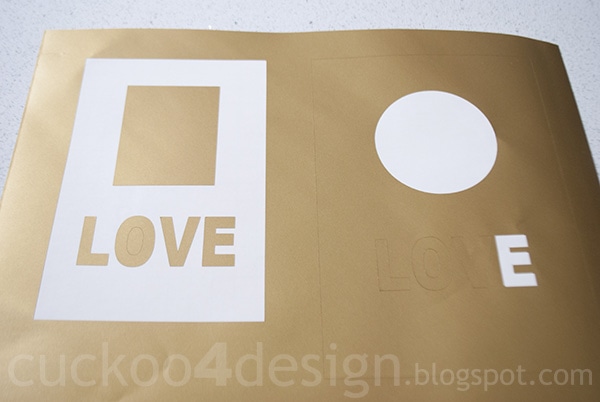 On the one frame I added some gold sharpie detail, sorry but couldn’t help myself, you know me.

And here are the mementos in their new frames: 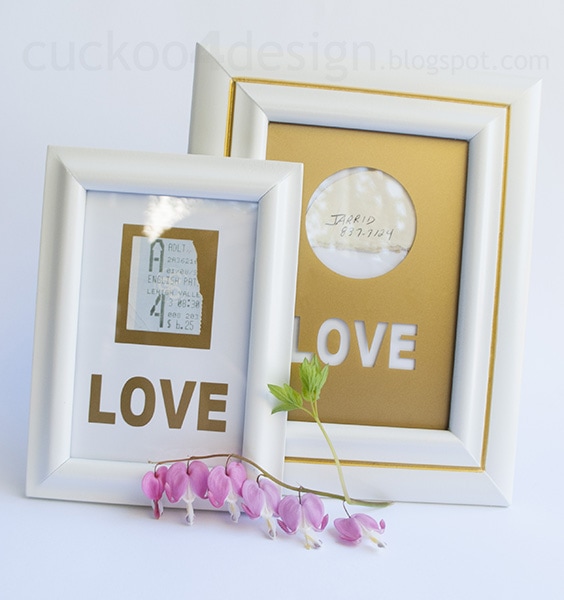 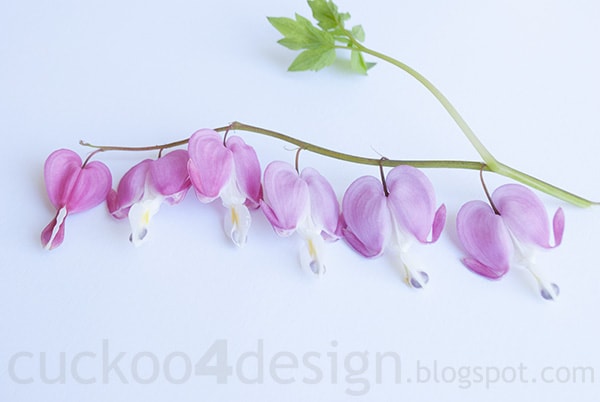 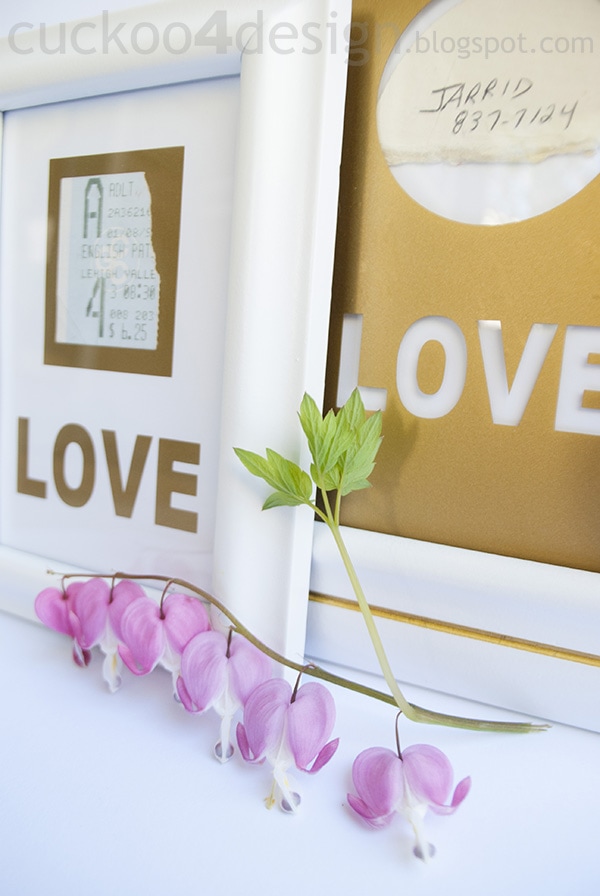 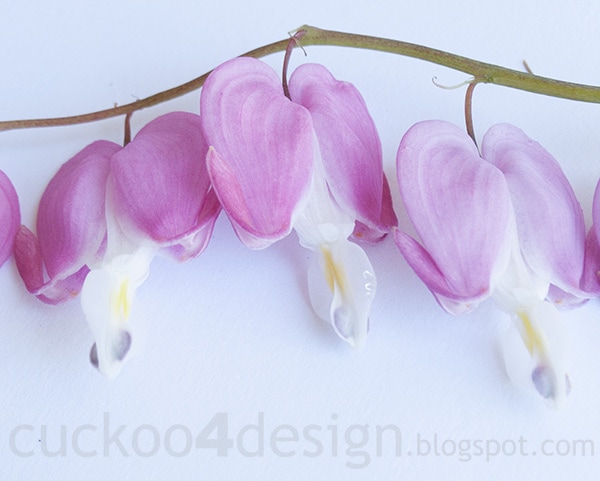 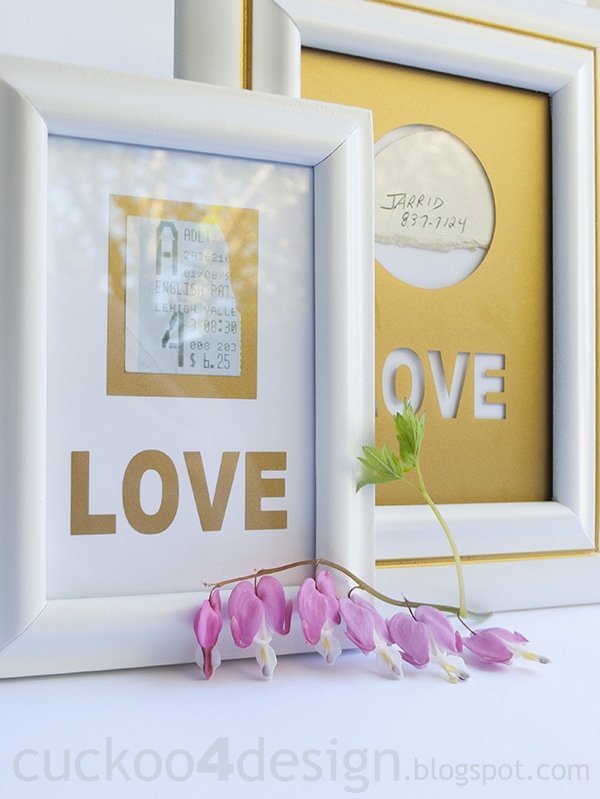 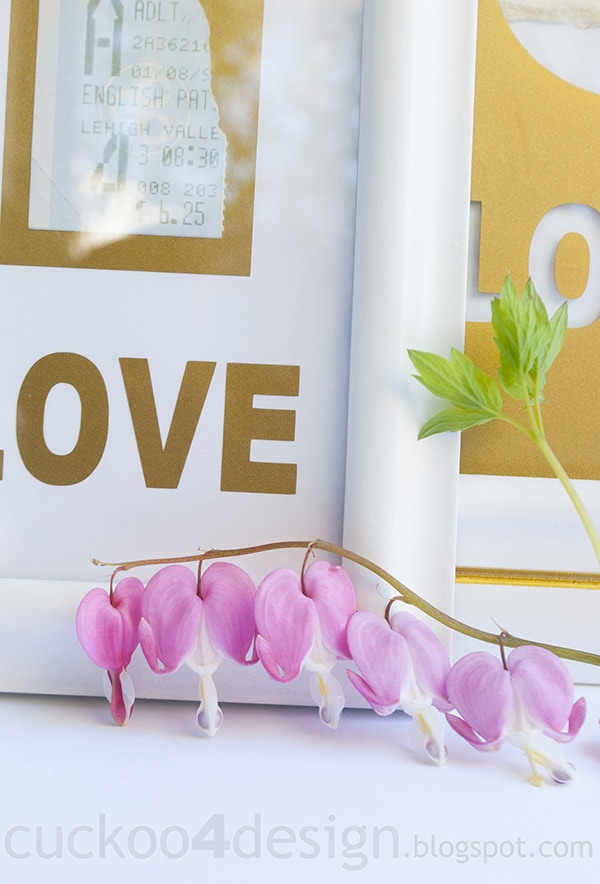 You could also cut out a heart shape instead of the circle and square but I didn’t want to get too “schmoopy“. Love this word, thanks Seinfeld and I miss you!

So we are not “schmoopy” at all…LOL!
Does anybody else here remember that or am I the only one?
So my King Konya ( I do love him) and I will head out for date night tonight. I think we haven’t been out to dinner together since last summer, for real.
And when he asked me what I wanted for our anniversary I told him that I want a handy man to vent the microwave. So romantic, right? haha. But that’s what I truly want and I am receiving. It means so much to me that he picked up the phone and called a contractor who is coming today to get it set up. YAY, I told the hubby that this is what makes me truly happy.
Come back on Friday for another furniture makeover, ok? And I have to tell you that I loooove this one! 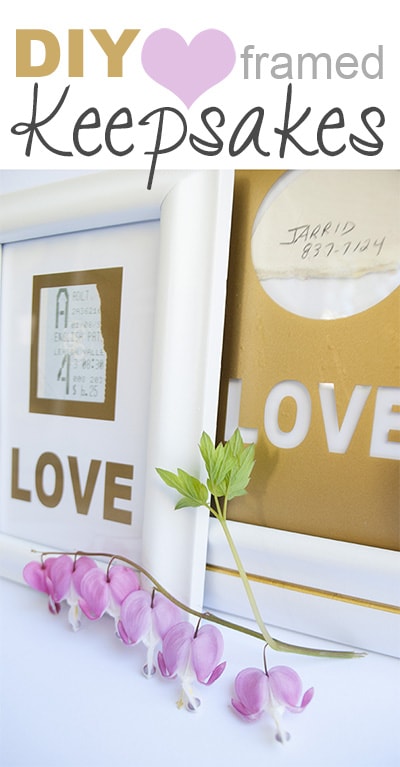 I am a participant in several affiliate programs which includes the Amazon Services LLC Associates Program, an affiliate advertising program designed to provide a means for me to earn fees by linking to Amazon.com and affiliated sites. To read more about this please check out my full disclosure statement HERE.
392Shares