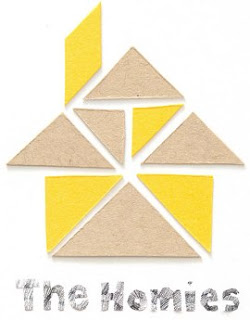 First of all I wanted to tell you that I’m on the list of the apartment therapy’s “Best Home Projects & DIY Blog” list. Yay! I know that I have no chance in competing with the huge blogs that have tens of thousands of followers but I sure am happy to be on it. So if you have been following along this little blog and you feel like supporting me and showing some love, head on over to apartment therapy (click here), sign in and click vote (Cuckoo4Design) button. It sure feels awesome swimming in the middle range, LOL!

My vote went to the top swimmer in the blog pond, Mandy from Vintage Revivals, because she rocks:

Now I want to talk about the ombre stripes that I mentioned on Friday.
Well, I didn’t touch the wall (yet). But I did paint ombre stripes in a smaller project. There was one thing that has been bugging me for a while and I mentioned it before: 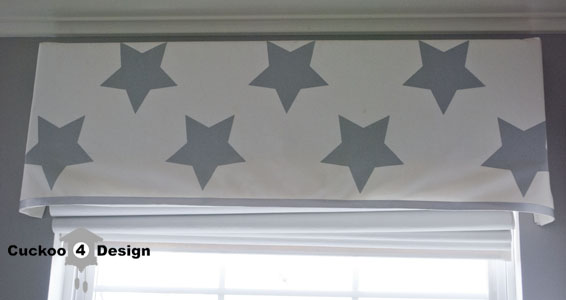 My window cornice in the kitchen with the Ikea star fabric on it. I built the box couple of years ago, pre-blogging times, and have been just changing out the fabrics every now and then. This time I decided to just paint over the fabric.

So check this out:

I determined that I wanted 5 stripes, since that was the amount of different grey tones that I had left in the garage. This time I decided to just use the paint without adding fabric medium to the paint like I did in my curtain project (click here) because I’m not planning on washing the fabric and it doesn’t need flexibility like the curtains.

I drew lines on the cornice to mark where the stripes would be and painted three stripes right on the cornice with a brush. I left the color in between those stripes blank, so I could tape it and paint over the edges with my final step. 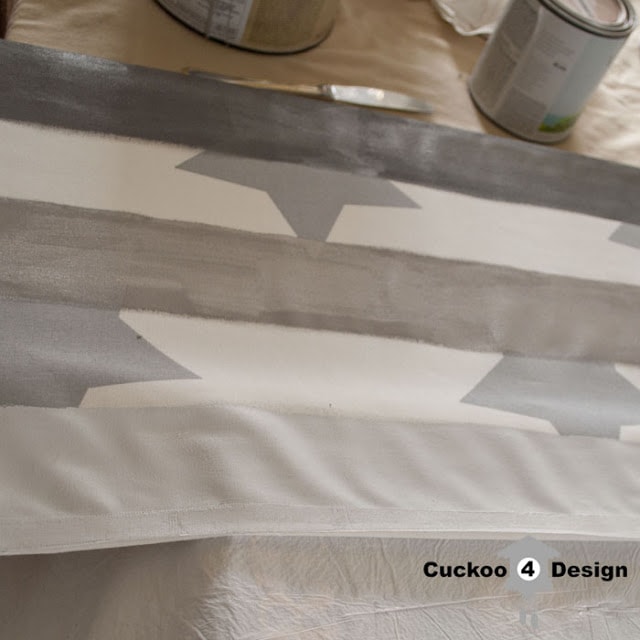 During this process I noticed that the stars were still visible through the paint. So I grabbed some water-based primer and painted over all the stars. That helped! No more stars poking through the paint, problem solved. Then I painted the three stripes again. 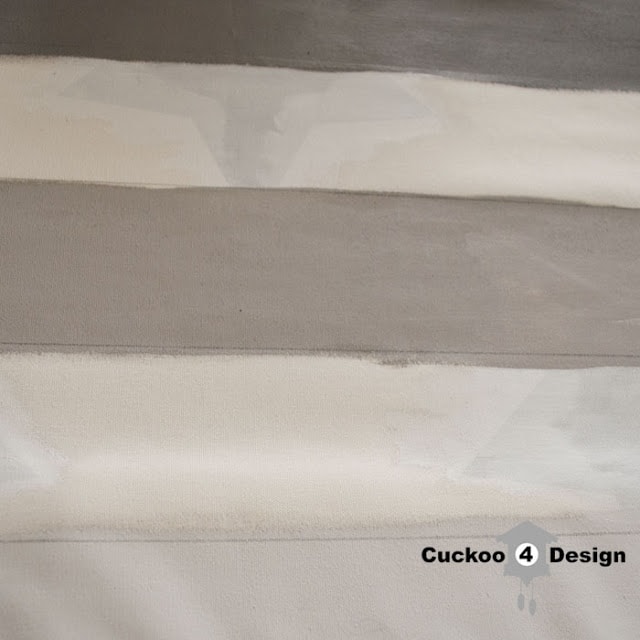 When the three stripes dried I marked the five stripes again, taped them and used my little trick for painting lines without bleeding under the tape. I found that trick pre-Pinterest times in a book while browsing Barnes and Nobles (yes that was a place I went to before Pinterest). I have seen that trick now here and there on Pinterest though too.

What I do after taping off the lines is I paint over the tape seam with the bottom/base coat to seal the tape. Every tape bleeds in some spots, even frog tape. So if you paint over the tape with the same color of your base coat the bleeding spots won’t show up, since it is the same color. You let that dry and then paint over it with the color of your stripe. When you pull the tape off, the stripes will be crisp. Love it! It did end up being a little tricky in some spots in the fabric but walls always turn out perfect, I swear.

Here it is:
I will add better picture once the weather (natural light) is better again. 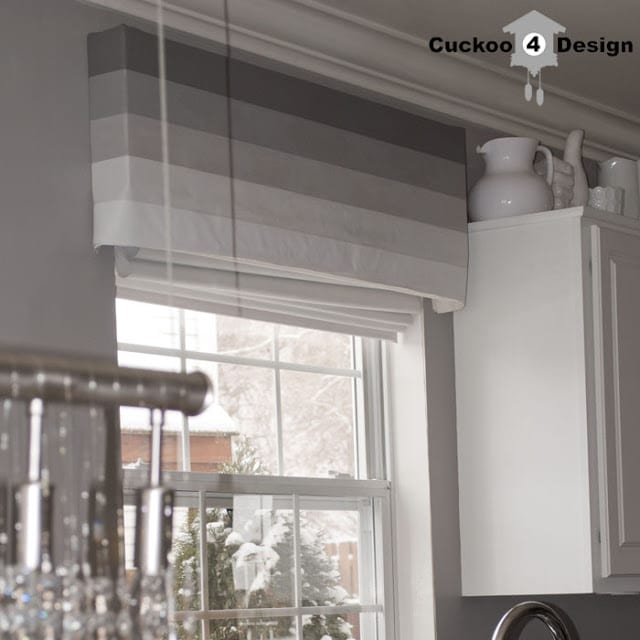 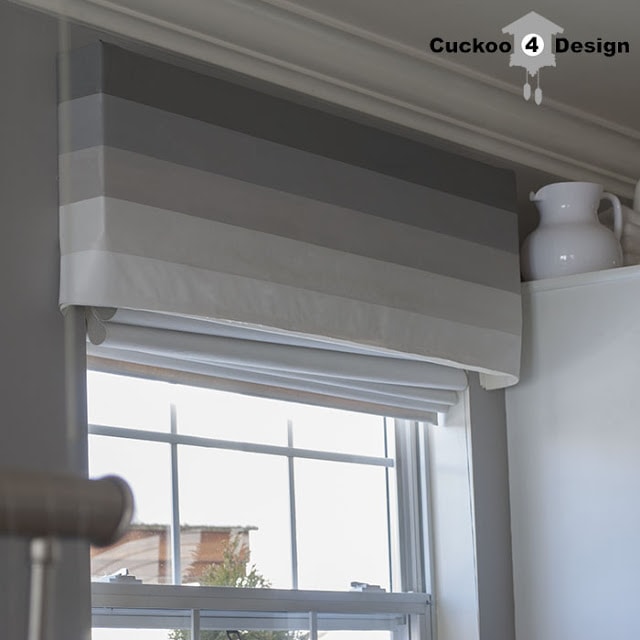 I’m trying to learn right now how to take a photo when you have to take a shot straight towards a bright window, but it didn’t work out so well. I have to read up about it some more. I really can’t stand the shadow line on the cornice. SORRY! Maybe I have some more time to get better pictures this week.
Do any of you have some tips? I have a Nikon D60.

I’m kind of excited about Wednesday, so stop back, ok? 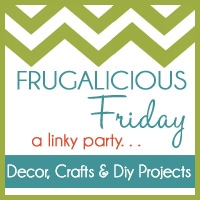 I am a participant in several affiliate programs which includes the Amazon Services LLC Associates Program, an affiliate advertising program designed to provide a means for me to earn fees by linking to Amazon.com and affiliated sites. To read more about this please check out my full disclosure statement HERE.
137Shares