Sorry for the inconsistency with my posts here lately. I mentioned that my dad was in town for two weeks because of a funeral and I just want to spend time with him. Which is also the reason why I haven’t really worked on anything.

However we worked on a little something different and it included a computer and some research. Mostly I did all of that while I questioned and grilled my dad. It was an ancestry binge. And today for my birthday I thought it would be the perfect day to share how I like to research our lineage. 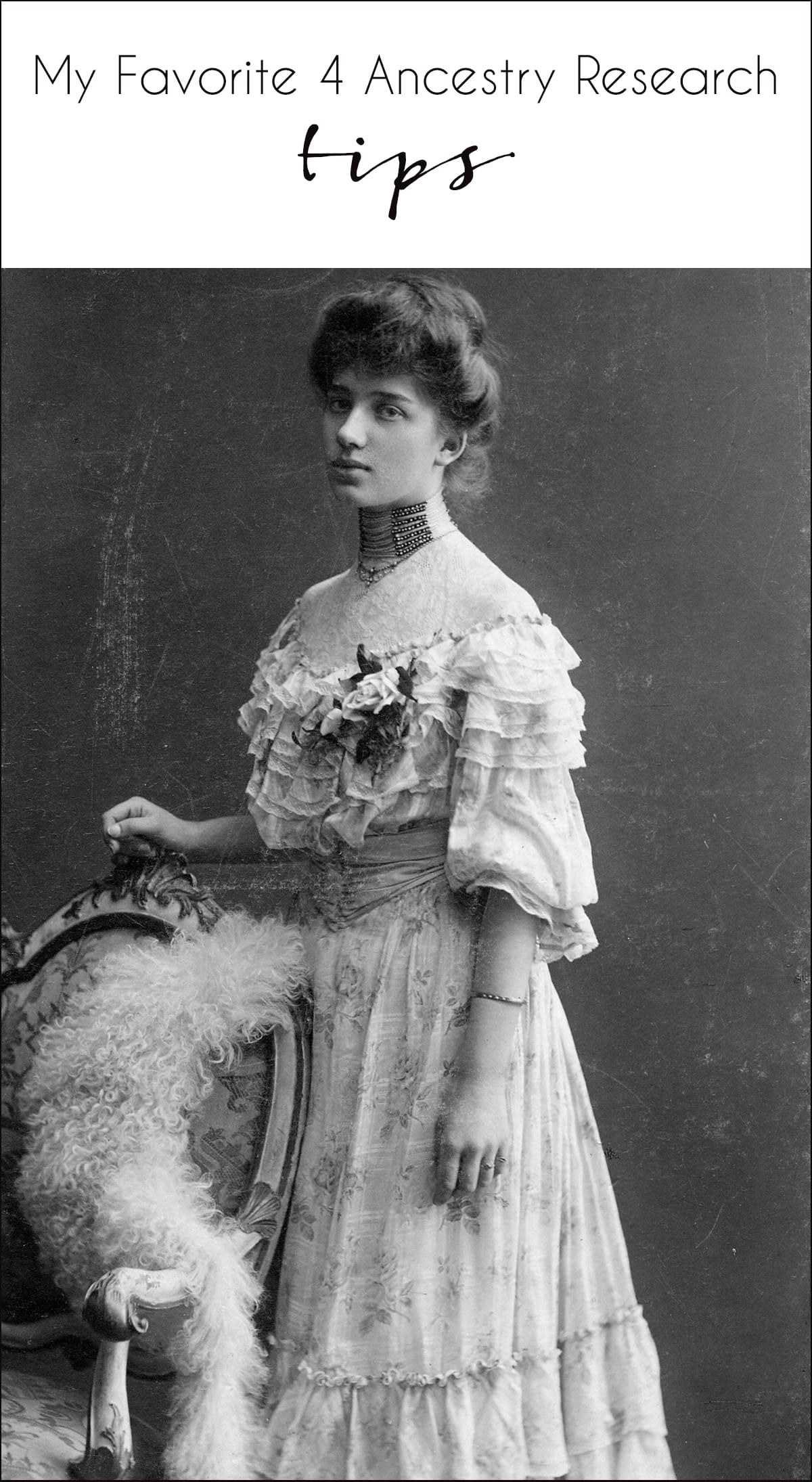 Isn’t my great-grandmother above beautiful? All her photos are stunning. Our son and my grandmother are the lucky ones to inherit those lips. So far no-one else has. Can you spy her in the photo below? 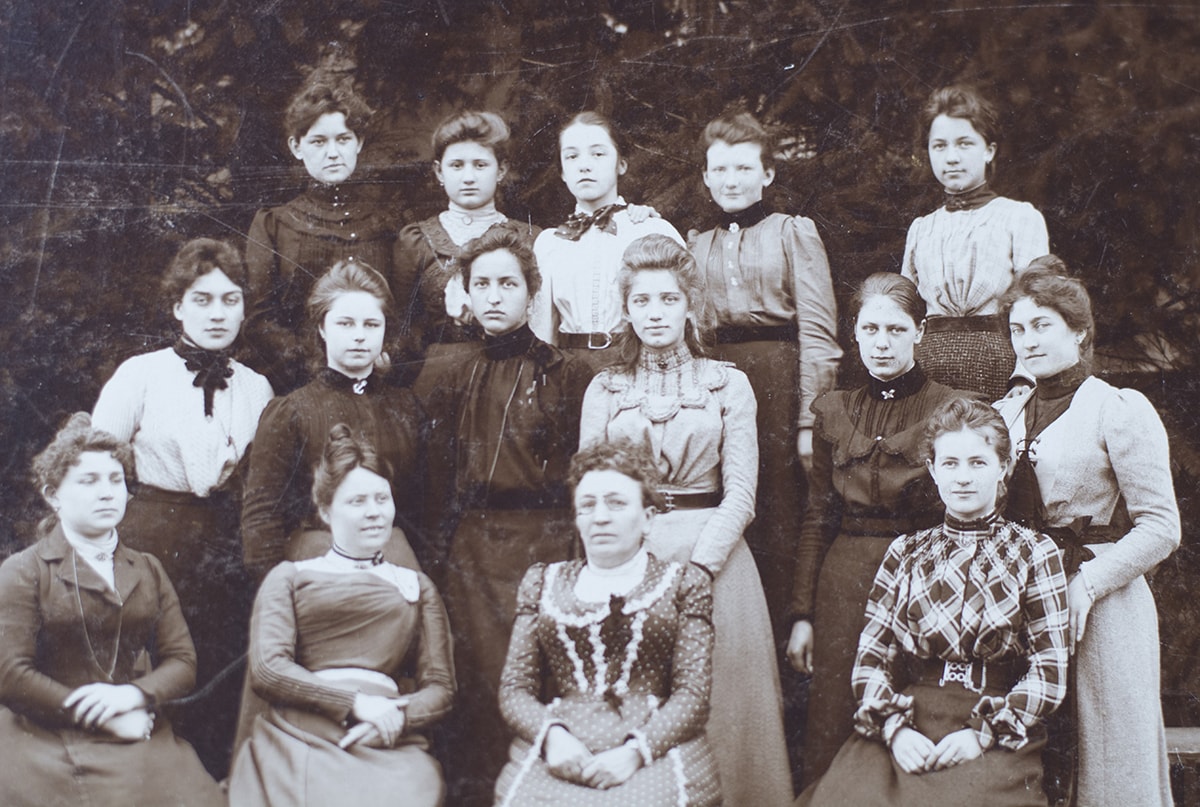 This is all so our children will one day have as much information of where their lineage came from as I could get.
I very much regret not asking my grandmother everything she remembered. This should be one of the tips but I think it’s a given to ask your living relatives everything they know. My grandmother was a book of knowledge and my dad told me she could have answered so many of my questions. When I was younger I just didn’t even know I was interested in this. It’s become one of my biggest regrets in life to not have sat down with her to find out more.

That said she has done a very good job of writing everything she remembered and thought was of importance down for her children and grandchildren which is what I used to base my tree on. 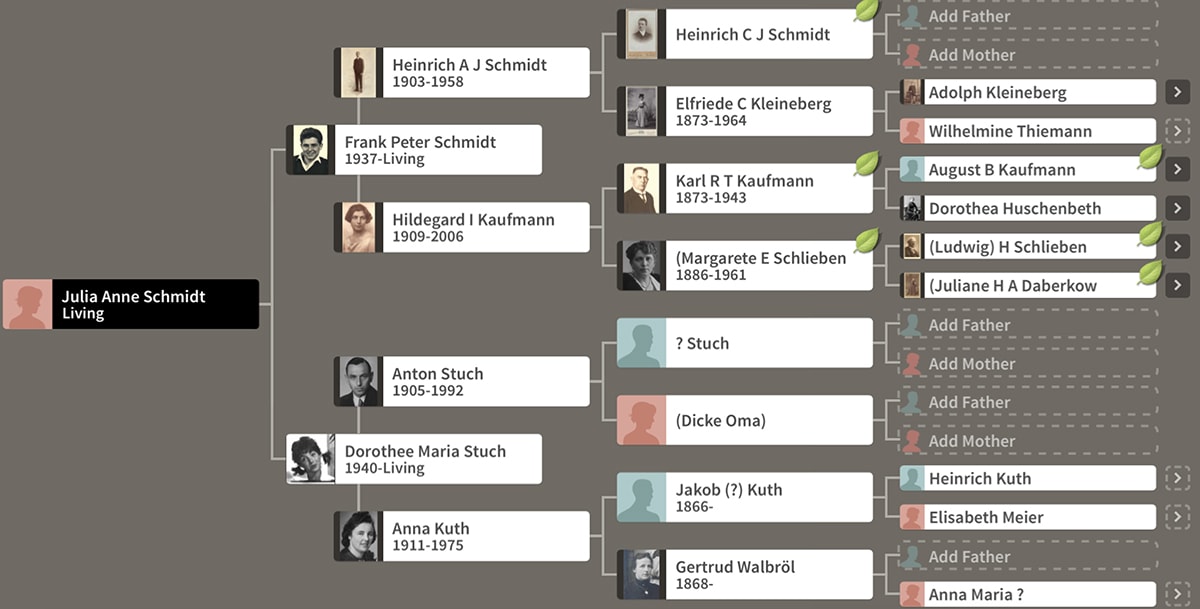 My mother however remembers pretty much nada and doesn’t care either. She is completely different from me. She could care less. She doesn’t even know her one grandmother’s name. She said they used to call her “dicke Oma” which means fat grandmother. LOL!!!! If you know my mom then it makes sense. According to my mom she wasn’t the nicest of women and didn’t like hanging out with the children. They annoyed her and she wanted them to go to bed when she visited. Her other grandmother was the nicest of women though and she remembers her name and how she was.
I haven’t been able to find out anything about her dad’s side of the family. Sometimes those issues can be a result of records being destroyed in the war too. But I might still write to the town to see if I can pay to get some records. Lets see.

I have gathered some of my favorite tips that I have used to gather documents and information for our tree and have placed everything into my ancestry account. Look how much I have already: 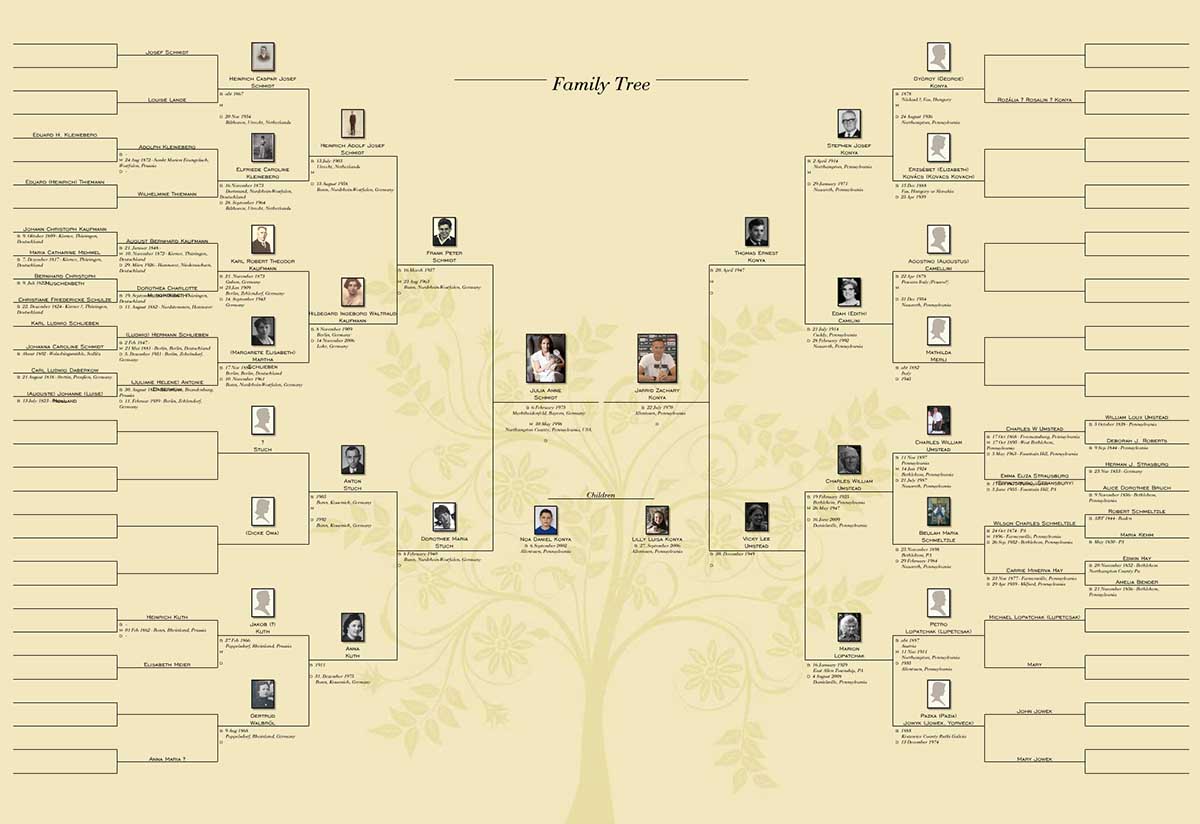 But so much is still missing.

Here is what I have done and I’m starting with the easiest tip:

1. Other Family Trees in Ancestry

It is really exciting when you find a matching family tree and it’s happened to me a couple of times for my own heritage and that of my husband. It doesn’t get easier than that. The best place for that is without a doubt ancestry.com where I have an account but don’t pay continuously. I only go on binges like I have mentioned above. I pay for a month of full usage and then wait a year or two again to see if records change.
If you think you’ve found a matching family tree or matching ancestors in someone else’s tree it’s always important to try to find records to back up what you have found.

Familysearch.org is another one of my favorites where I have found a lot of records to add to my ancestry account.

This is an example of my husband’s great-grandfather.

I went to the Ellis Island passenger research online directory and found his name on one of the ship listings since I knew the date he came to the US.

You can then click on then on the passenger record to the right, followed by a ship image and the ship manifest. 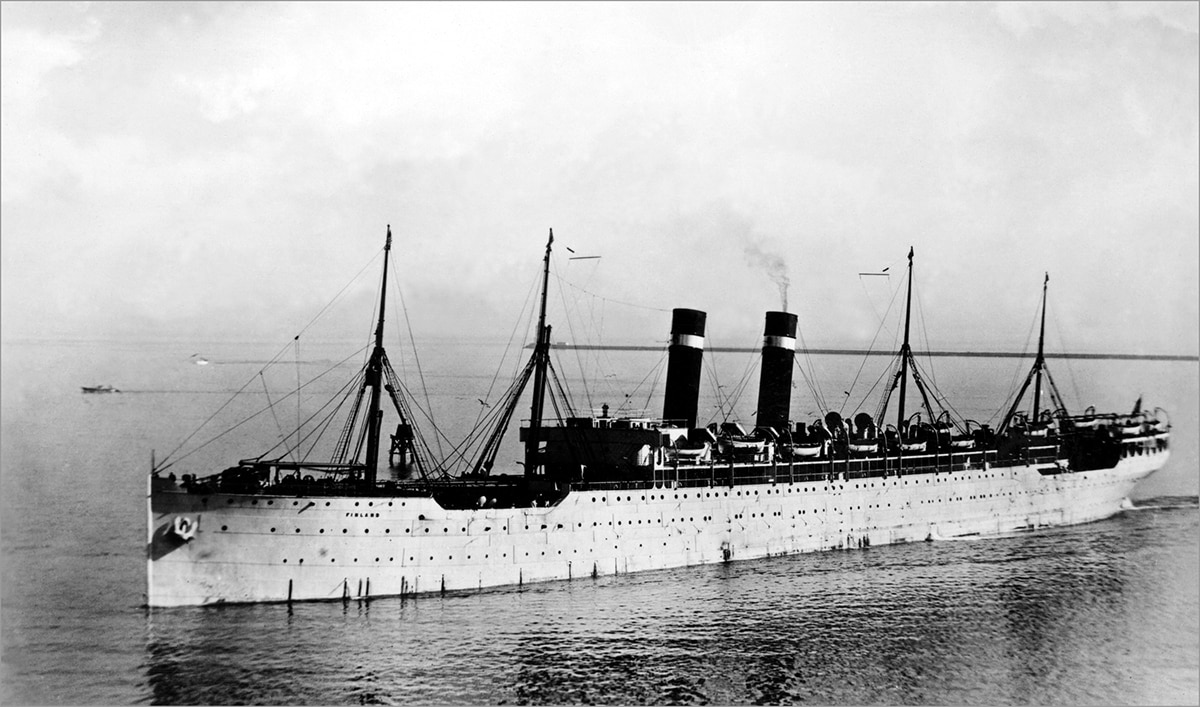 You are then able to buy copies of those records which is for a good cause for the upkeep of Ellis Island. Such an important part of US history. But for now I only took screenshots of the images to proof and continue the research.

I attached the screenshots to my ancestors fact dates in the media section on ancestry.com which looks like this now. 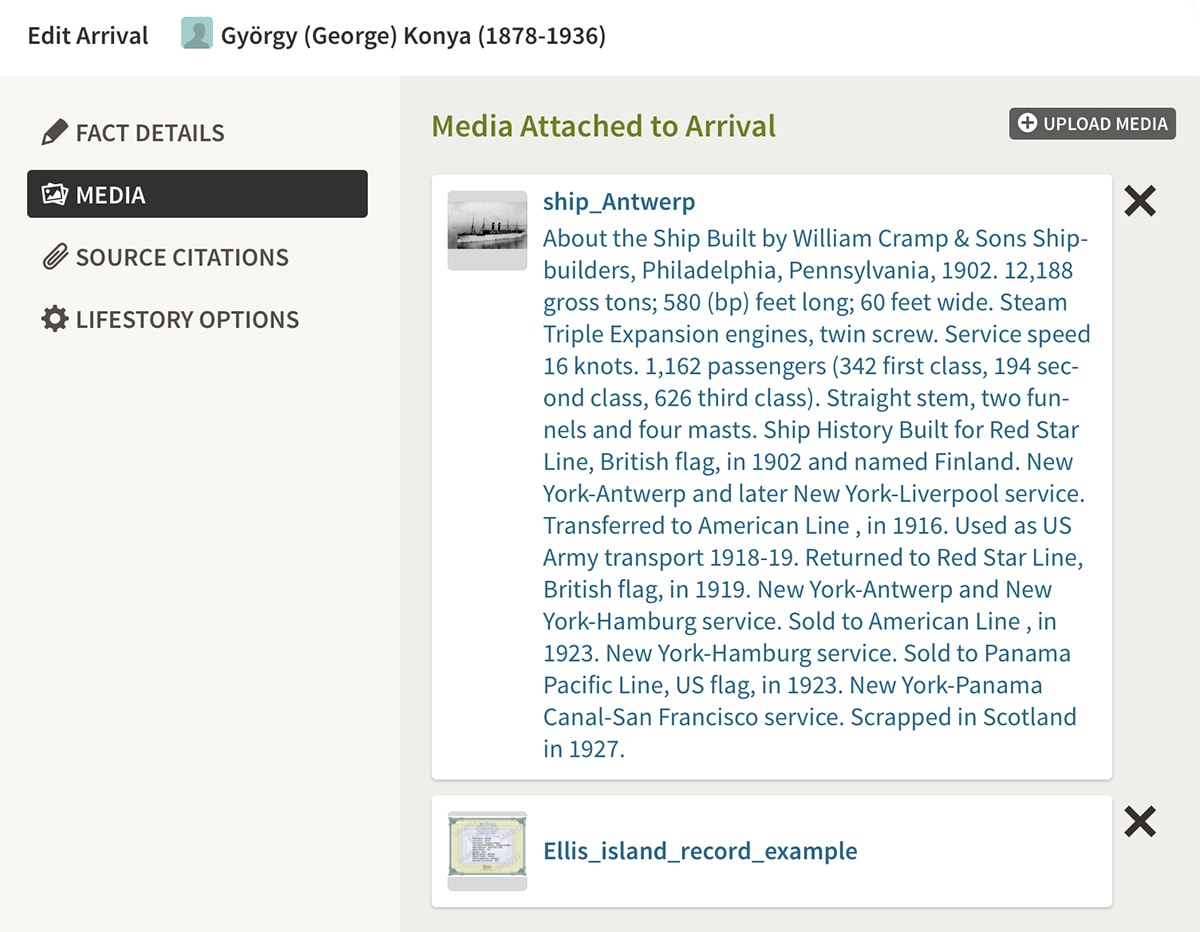 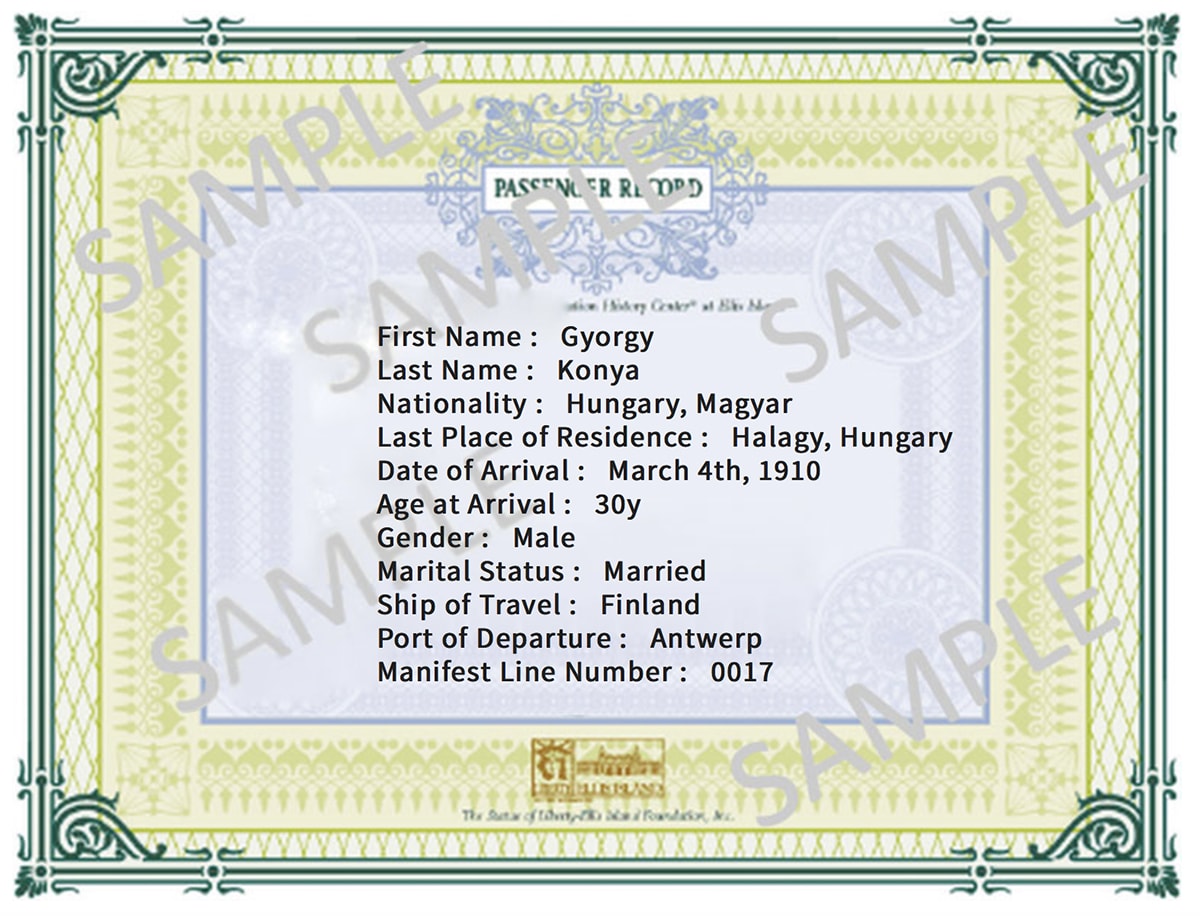 The village he is from is actually not called Halagy. It is Halogy in the county of Vas which I got from his headstone.
After that it gets difficult. According to Wikipedia “Many early census records have been only partially preserved. Large parts of the 1784 census were destroyed. Census records are now kept under good storage conditions, but are subject to catastrophes. Records are considered confidential, particularly those less than 50 years old. Some sources indicate that the census returns for 1880 and later are statistical only and did not provide names.”
So Hungary doesn’t really want to provide that type of information to the public.

I’m now trying to find out more information about how to get records from immigrants and I’ll let you know if I find out more.

Upon entering the Unites States, a lot of the names were changed to an English version by the authorities documenting the immigration. You can find a list of names HERE in different languages. It might help you track what your ancestors name really was before he/she came to the US. It also helps in finding older records and the possible record on the passenger list above. It doesn’t mean that just because the name on the headstone here in the US was the actual name they were born with.
Most of the time they couldn’t read or write and only told the official sitting at the desk when entering the United States what their name was and that person didn’t understand their language and what their name should be spelled like. So names got butchered into something completely different. It can make it really hard.

I’ve mentioned already that my great-grandfather was the director of transportation in Berlin. He was the one to introduce the double decker busses to the city. I think his story is so interesting. His wife is the pretty young lady in the first photo above.

And if I did my research correctly then my husband’s 7th great-grandfather was Johann (John) Nicklaus (Nicholas) Weinland, who as a farmer came to the US on the ship Irene in 1749 with the Moravian “John Nitschman Colony”. And there is even a scripture about him at a local library.
You start writing historical fiction in your head and imagining how it was coming alone on a ship to the unknown. I even looked at old prints and maps. Crazy and amazing what you can find online.

I’ve done so much research already but have many more photos to scan and info to add to my ancestry tree. Just look at the photo below which you can also pin to Pinterest if you liked my tips.
I have one photo with a name written on it that I just can’t deceiver and it’s driving me crazy. Maybe I should get help from someone else who’s really knowledgable in old German handwriting. (for example HERE) 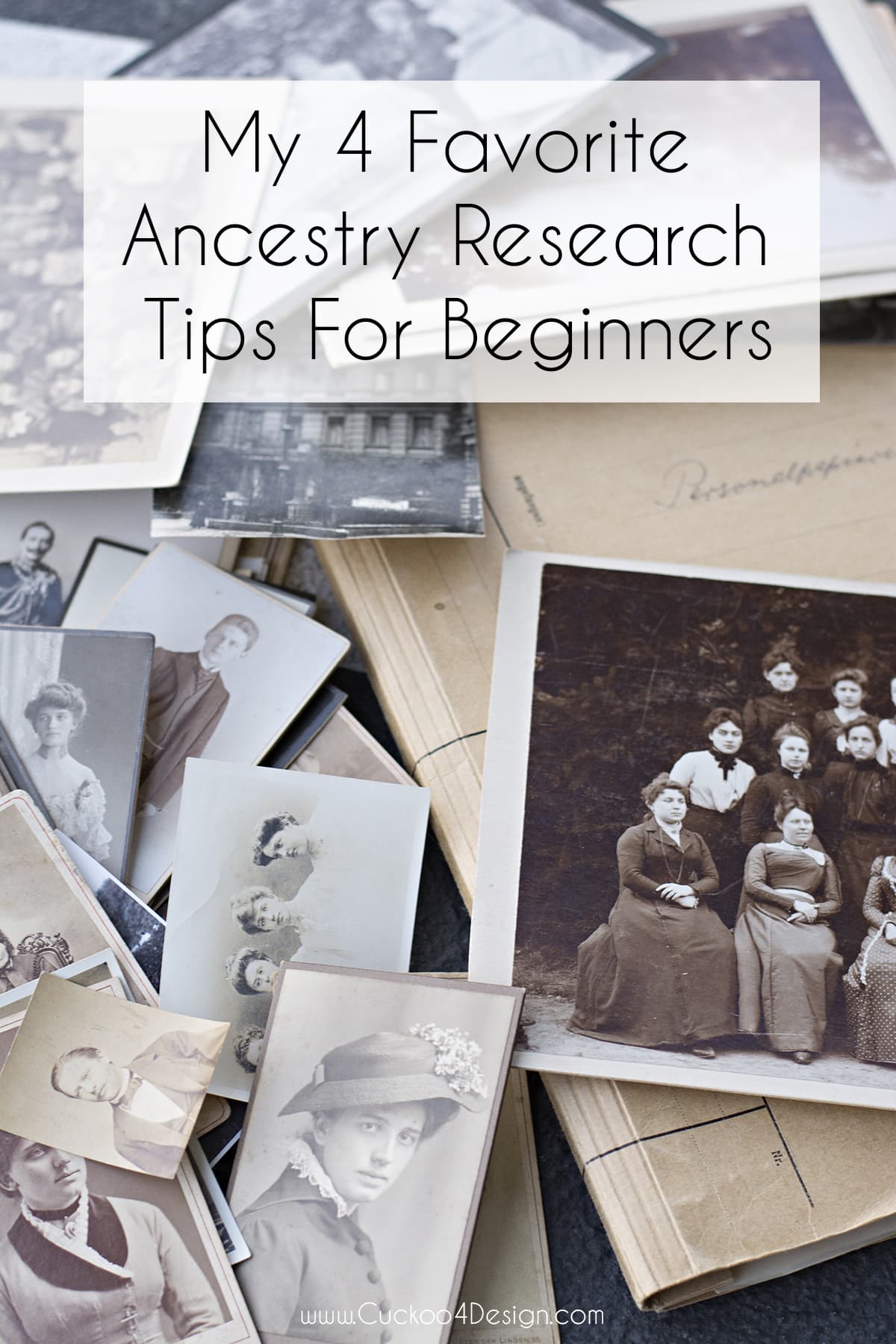 And lastly you can get amazing memorabilia printed at mycanvas.com which gets imported from ancestry.

Is this something you’d consider too or are you more like my mom who just really doesn’t care? I think the majority of people cares though, she’s not the norm.