It’s that time of the week again, where I want to look at cute pets and introduce you to some amazing and talented bloggers. And I have been bugging today’s guest for a while now because I never get to see their adorable dogs on the blog. That has to change. They are way to cute to stay hidden.

I’m so glad they are making their debut appearance with me today: 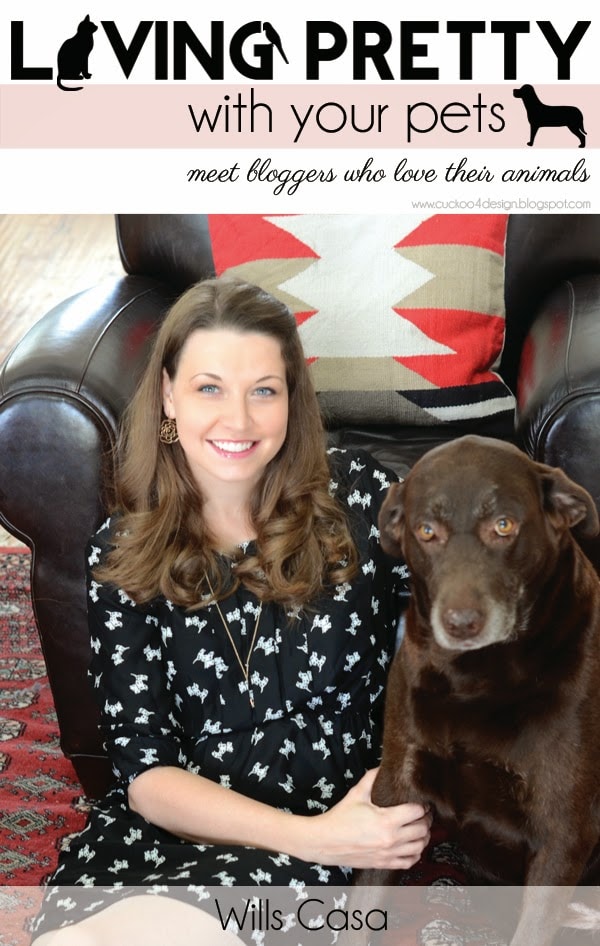 Hello! I’m Amber. I blog with my husband Nick at Wills Casa. I’m so thrilled Julia asked me to post about our girls,  Faith and Sara,  who were less than thrilled about taking pictures. They are really very camera shy even when treats are involved. 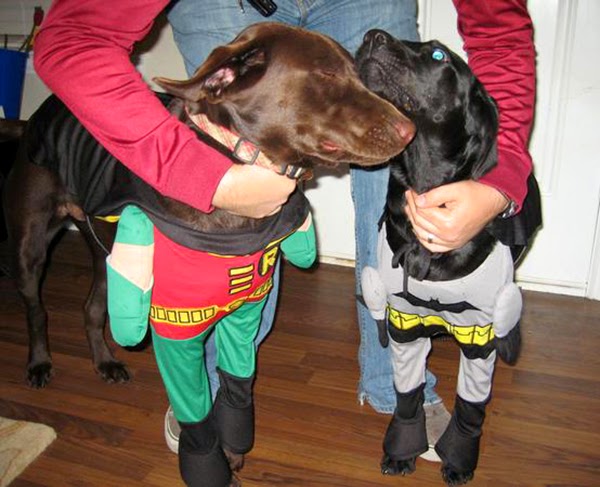 Faith (chocolate lab) and Sara (black lab mix) have been part of the family for 8 years. They have lived in all 3 of our casas. The history behind getting Faith and Sara is a pretty crazy one. Get the tissue out because we have some gut wrenching dog parent stories ahead. The first thing we did when we bought our first home was get a chocolate lab mix named Isabella. Lovingly referred to as Poops. She was lost in our house fire.

A month after Isabella passed we found out that her mom was having a litter of puppies. We thought it would be nice to have even the smallest piece of Isabella back in our lives. Not that she could ever be replaced,  but having a dog that was her half sister seemed like such a blessing at the exact right time. 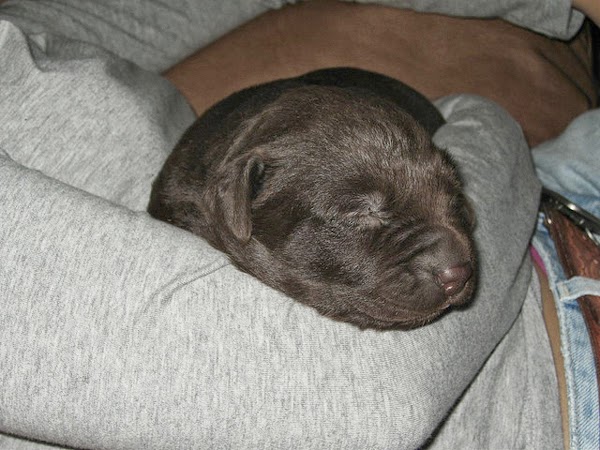 There were 2 chocolate females in the litter. We got the runt and named her Esperanza which means hope in Spanish. We went over several times to visit her before she was ready to leave her mama. We got a call from the breeder that she was concerned because Esperanza still hadn’t opened her eyes. Nick took her to the vet and make sure she was alright. The vet told him that she suffered from microphthalmia meaning her eyes were too small for their sockets and would most likely be blind. She also had her eye lashes growing inside her eyelids and potential hip problems. His diagnosis was to put her to sleep because she would require several surgeries and still never be able to function normally.

Nick came back from the vet in tears. We just didn’t know what to do. The vet was confident that she was a lost cause. The breeder called a few days later and said a children’s home was going to take Esperanza. They had a vet who was donating all the surgeries to them. We would get the other chocolate female. It was tough,  but at least Esperanza had a chance. 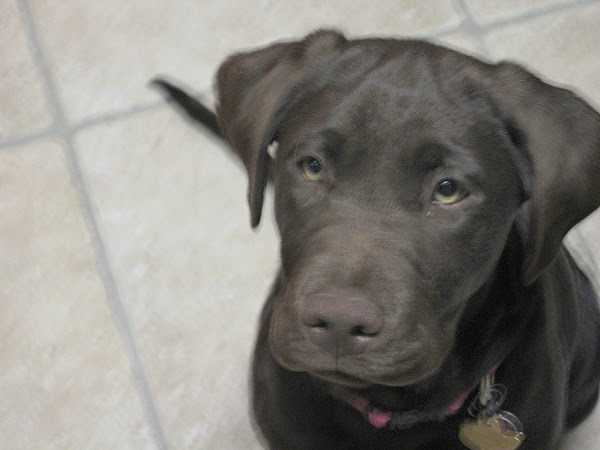 We named her Alexandra. Obviously we were real into 4 syllable dog names. What an incredible dog. She was your typical lab – full of energy and completely loving. When she was 4 months,  I took her to the vet for the routine check up,  shots,  get meds for heartworms. The usual. She got sick that night,  so I took her back. The vet thought it was a reaction to the shots,  so he gave her another shot to counteract it. She just got worse. I took her back the next day. He ran tests and discovered there was a blockage in her intestine. We said do whatever you need to. He performed surgery,  but she wasn’t able to pull through.

I just don’t even have words for how devastated we were. It was just too much heartbreak in 6 months. At this point you are probably thinking stop it you’re depressing me. Get off my internets. Well the lady who took Esperanza heard about Alexandra. She wanted us to come take Esperanza. We really didn’t want to,  but we did want to see her. We felt like it would be comforting to see her healthy and living the life they said wasn’t possible. 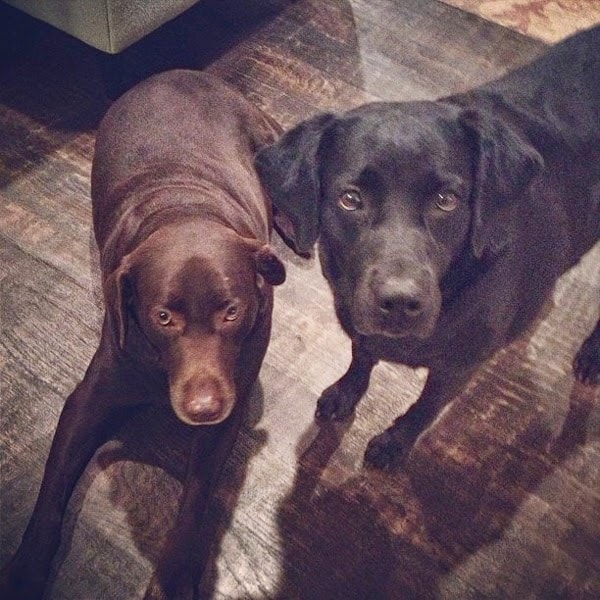 When we walked in the door,  she ran to us viciously wagging her tail. Then got so excited she peed. That pretty much did it for us. We took Esperanza home only they had renamed her Faith,  so that suck. Don’t get upset thinking we took a dog from a children’s home. They had 3 other dogs. I think they fostered dogs on occasion too. Weird that we wound up with our little runt in the end. 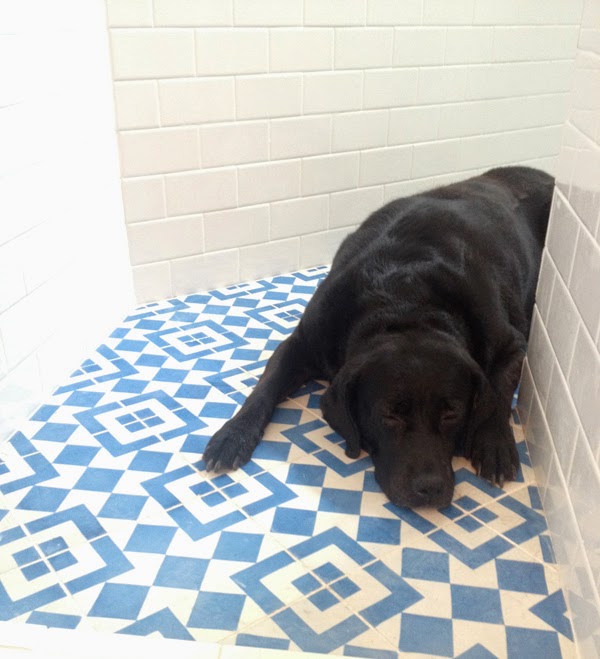 We got Sara shortly after from a family friend. She heard about Alexandra and knew about Isabella. Her dog just had puppies,  so she wanted us to have 1. We said we wouldn’t get another,  but I did want to look. I mean puppies are so cute! Obviously we aren’t so great about the looking part of schedule puppy visits,  because Sara came home with us. 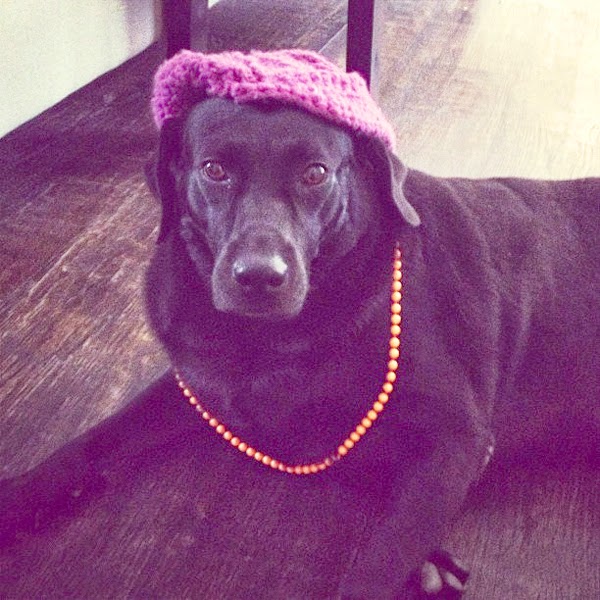 Faith has no major health issues. She hasn’t ever been energetic or agile,  but we make sure she gets a workout in the pool for a low impact exercise. Sara has always been gentle and submissive to Faith. They have such a sweet relationship., Thank you Julia for having us and letting us share our story!

They’ve had some serious hardship with their pups. Poor Isabella and Alexandra.

Besides having adorable dogs and children, Nick and Amber also just built an amazing home. I loved following along their building story and see them pick all their amazing finishes. So so good!

I love their kitchen. Those pendants, island and open shelves make my heart beat faster: 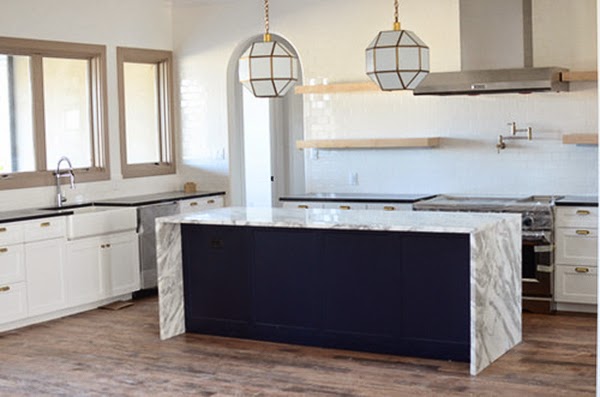 And can you believe Amber painted this amazing laundry room floor? 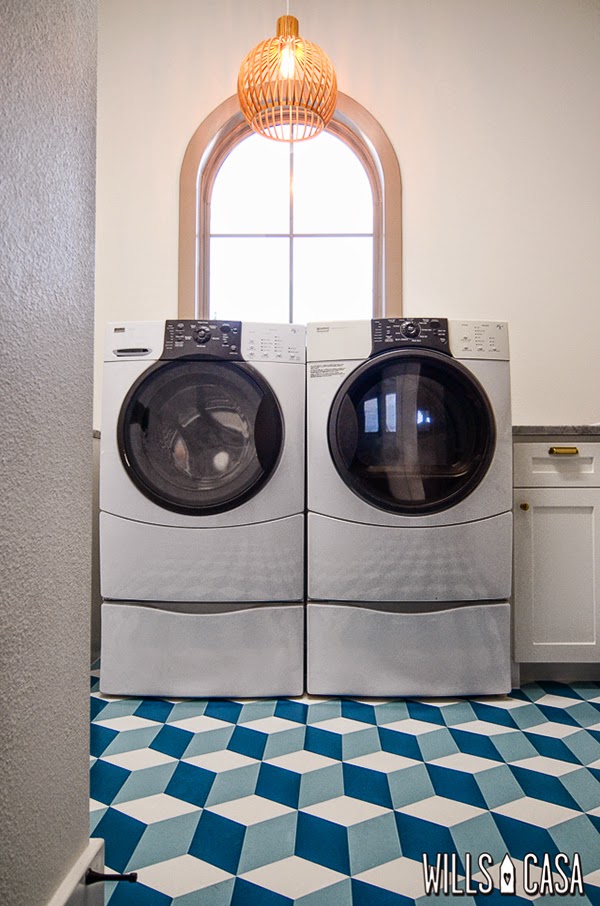 And did you spy the amazing blue and white tiles that Sara is lying on? So pretty.
They just moved in so there will be lots more to come in the future and I can’t wait to see it.

Make sure you head on over to the Wills Casa so you can pin from the original source and pay them a visit.

Have a great weekend.