Pet Friday my friends and today I have something seriously amazing for you! A couple of months ago I got to meet  Caroline “the DIY nurse”. I love her blog and she is so sweet and cute. AND SHE IS MY HERO. But you have to read the entire post about her adorable little furry children to find out why.

So here it goes, meet Caroline and her furry children: 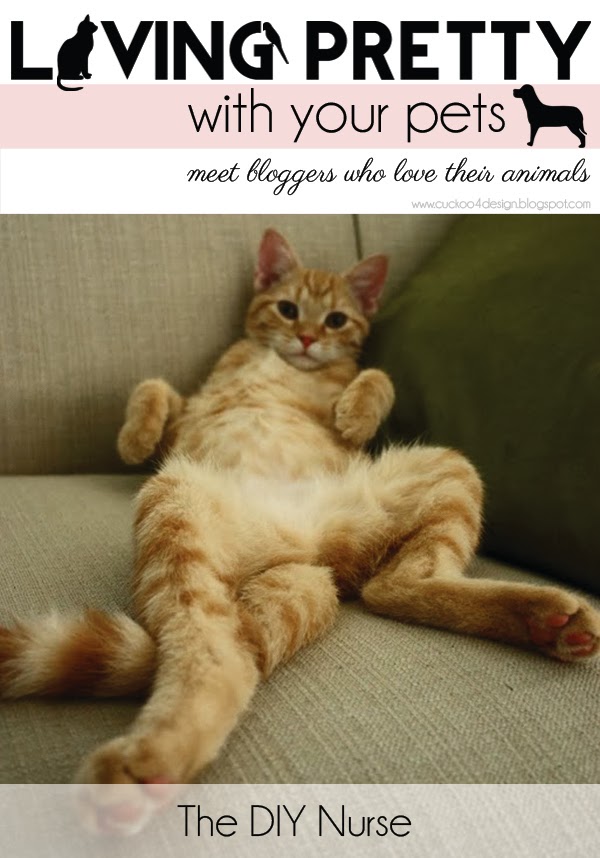 I was so excited when I found out Julia was doing this series. Oh you want to see photos and hear stories of my fur babies? Let me oblige. I don’t have kids so I’m always trying to brag about my furry offspring and show pictures but some people just don’t get it. I’m not the person to say “it’s just a cat” to. Like, don’t. You will be blacklisted forever no matter how nice you are. I remember when I met Oscar, I was head over heels in love. After asking if he liked cats I was met with an “eh I guess they’re okay.” I was immediately worried. His position was in jeopardy and he had no idea. We laugh about it now but I seriously doubted ‘us’ at that moment. Luckily for me he was willing to open our home to two orange kitties and he hasn’t looked back since. I can now find him cuddling them and carrying Otis around his shoulders. He’s 100% cat converted.

My love for cats started at a young age with the cat I grew up with, Maeve. But we didn’t have a dog until I was older and she lived outside [boo] so I always felt uncomfortable around them. I’d try to pet them and be polite but I just never felt connected to any dog and didn’t like how they smelled. They always seemed stinky. But Oscar was a dog person and kept pushing to have one. I figured it was the least I could do. So we did a ton of research and fell in love with Boston Terriers. It so happened a friend wanted to get rid of their puppy for various reasons not long after and boom, three pets. I couldn’t imagine life without him and have never loved a dog so much. And he doesn’t stink. Or shed.   We found our cats first though at the local ASPCA. We were told they were two males and I honestly never looked until we had been home for awhile. I realized they didn’t match and that we had one male and one female. 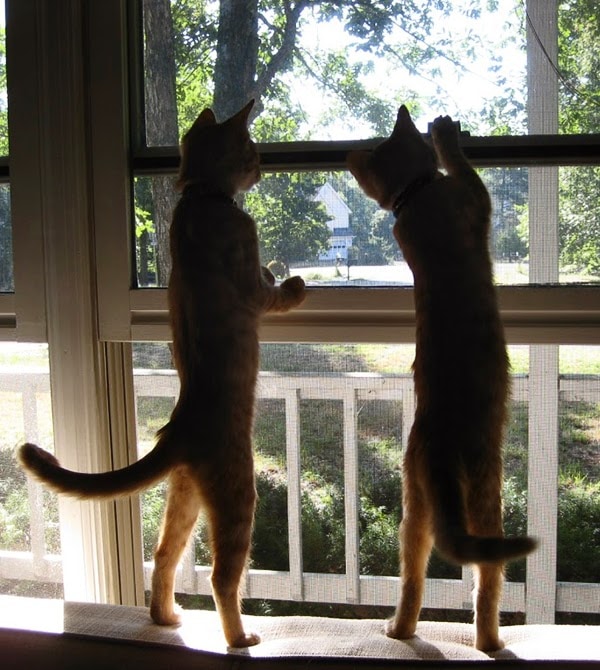 They are brother and sister [or so we are told but after that incident I’ll take it all with a grain of salt]. Around the same time that I realized they weren’t brothers I also noticed that they had fleas. Luckily it was a manageable amount but fleas are fleas. Ack. And then we realized Lola had gotten a respiratory infection while in the pound too. Fun times. Did you know vets are kinda expensive? I know that now. 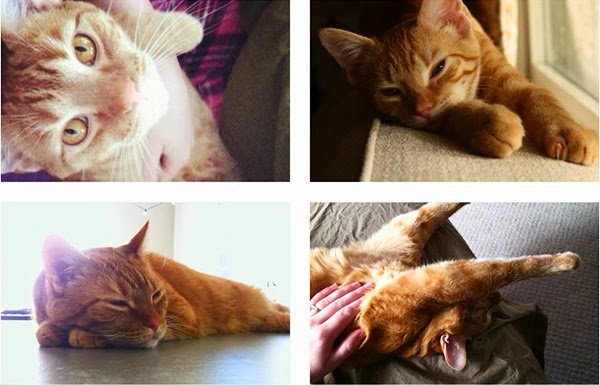 Otis is our very fluffy male cat. He is… massive. And he is the sweetest cat I’ve ever met. He waits in bed for me at night and then kisses my face and he purrs like a plane motor. He will let you rub his belly and carry him how you please. He also is not the biggest fan of our dog and we pretend he’s like Garfield. “Who is this joker? Where did you find such a dumb animal. Are you done? Can we get rid of him now?” Luckily it’s just relayed in dirty glares and a rare swat.  We don’t feed our animals human food but if he hears the Doritos bag he comes running. He insists on licking them. We also caught him eating oatmeal left on the table. He was sitting like a human on a chair and eating it paw to mouth. It was a little creepy. 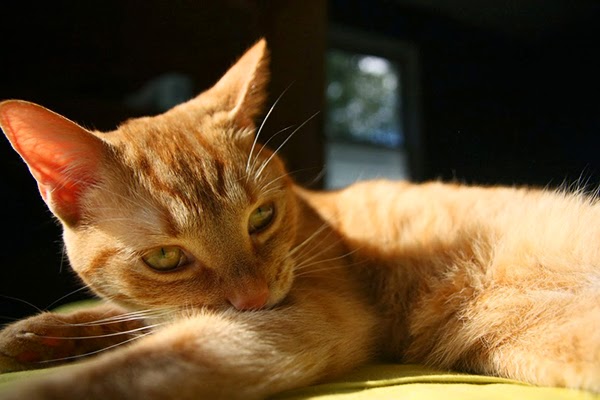 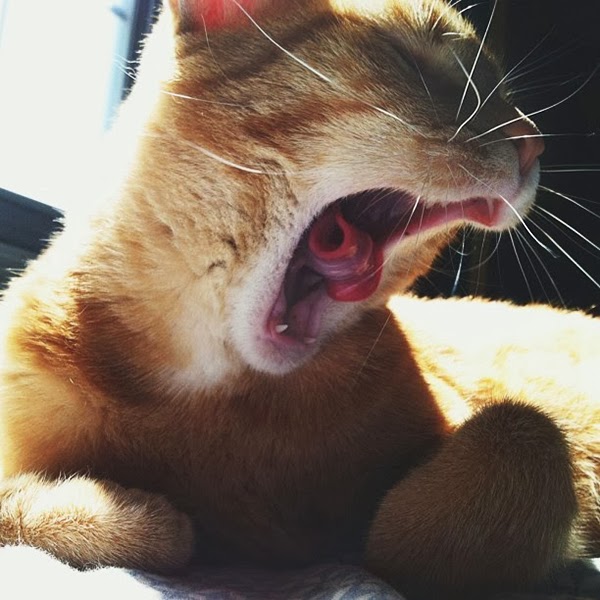 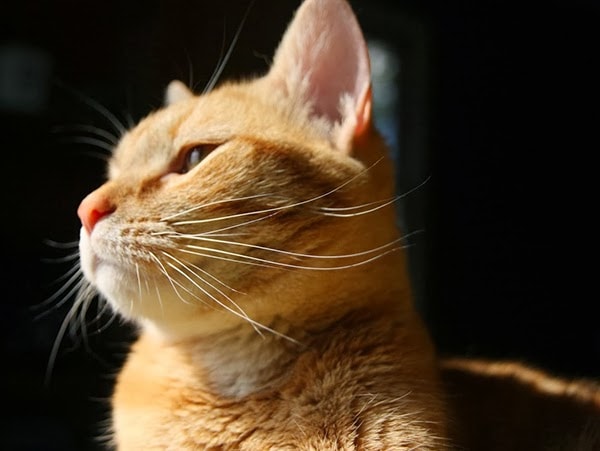 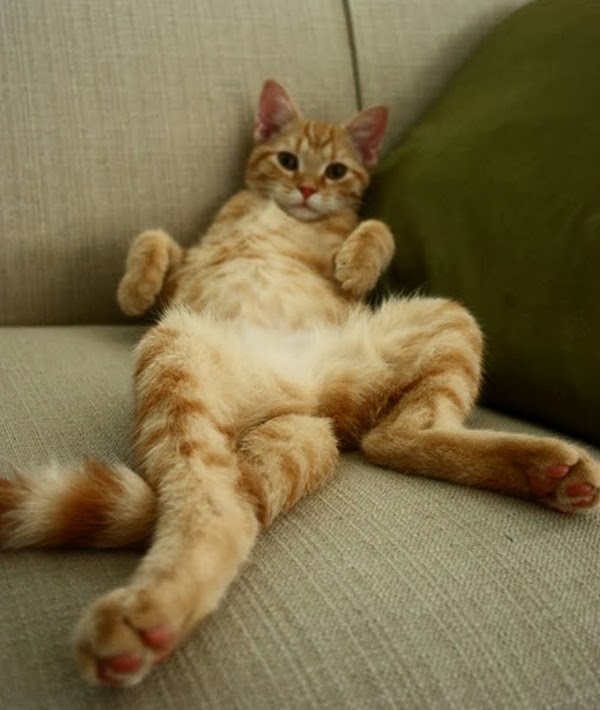 Lolita is our little girl cat. She is very tiny and mostly doesn’t like to be held. It’s funny because although she doesn’t cuddle every day, she will let you know when she wants to be loved. She will seek you out and love heavy [as long as you don’t get too needy]. And then it’s done and she’ll be back in a week. She’s more patient with our dog, Charlie, and let’s Otis bully her out of good spots like the envied basket or sun-ray. Don’t worry, he get’s his later in the form of sneak attacks. 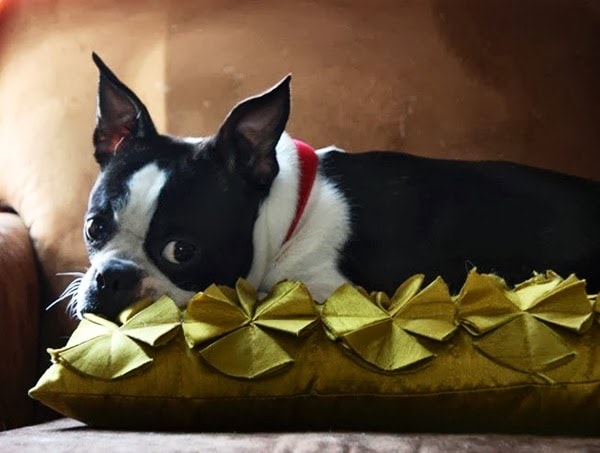 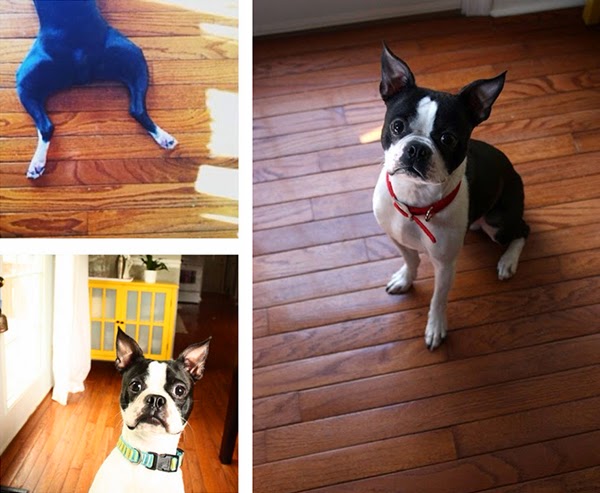 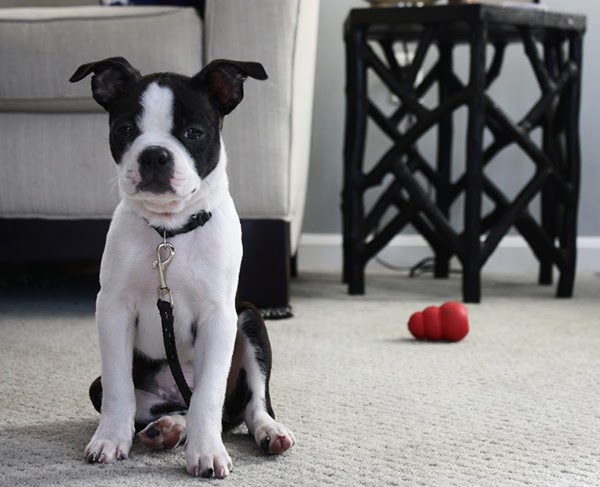 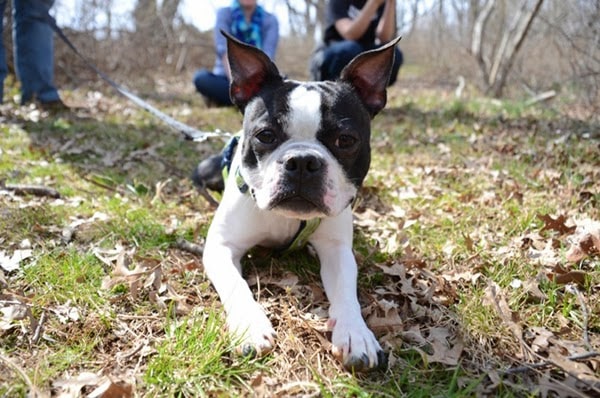 Our dog, Charlie, is so sweet. And crazy. His voice is that of Butters from South Park. “Oh gee whiz guys.” I’ve got that down. We just got his manhood de-manned and are really hoping that helps with the energy thing. So far we do feel he has less energy although hormones can hang around for up to a month after surgery. When he is calm, he is so sweet and loves to give kisses. He’s also an abuser of the potty bell. You can read more about how we potty trained our dog AND cats HERE. 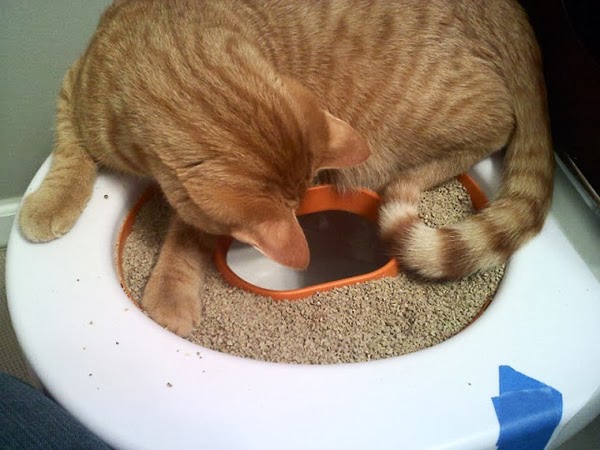 You can see how we manage cat hair HERE as well as litter tips and tricks HERE. But I’m really proud of my #give2014 project where I donate to a new charity every month. And this month I’ve chosen the ASPCA, but remember… it’s never too late donate your time, money, or that cat food your picky feline turned away from!

So now you know why Caroline is my hero right? I mean teaching your cats how to use the toilet?!?! Say what? That’s huge! A dream come true!

And then donating every month to a different charity? Seriosuly amazing!

And HERE is another one of her pet posts, go check it out and browse her blog.