Today I’m sharing one of my all time favorite blogs with you and the talented girl behind it. Caitlin from Desert Domicile. When I stumbled across her blog almost two years ago, I immediately fell in love with her style. No one style a shelf like her. She’s got mad skills. I’m sure you have seen her awesome floating shelves (and HERE) or office shelves on Pinterest and I love her home too.

But besides all her style and talent she is cuckoo for her dogs too and you guys all know how much I love that in a person. So please meet Caitlin and her three beautiful pups.

Hi everyone! I’m Caitlin from Desert Domicile and I’m so excited to be sharing my fur babies with you today! 🙂 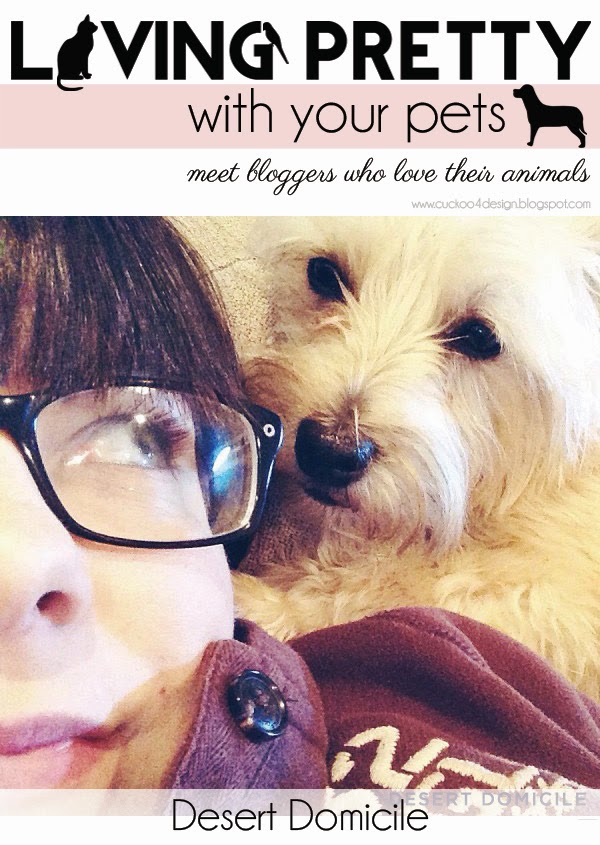 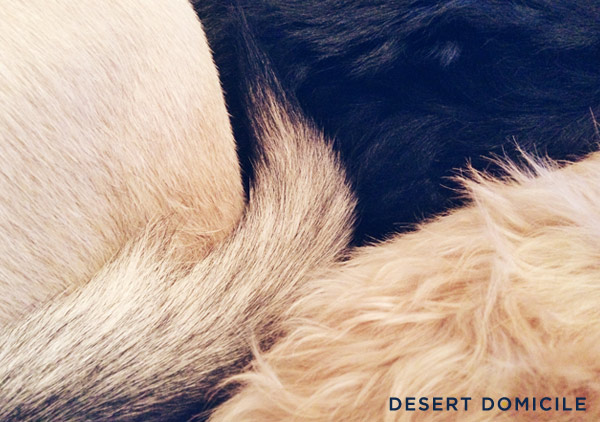 Our littlest and oldest fur baby is Sally. She’s an 8-year-old Cairn Terrier that I’ve had since she was 4 months old. My boyfriend came into her life when she was 2 and she’s had him wrapped around her little claw ever since 🙂 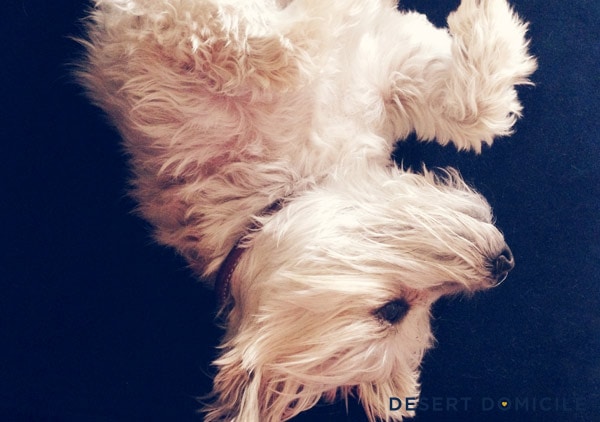 Unfortunately, she got a rough start at life. She was diagnosed with hip dysplasia when she was 6 months old and had to have her hip replaced. 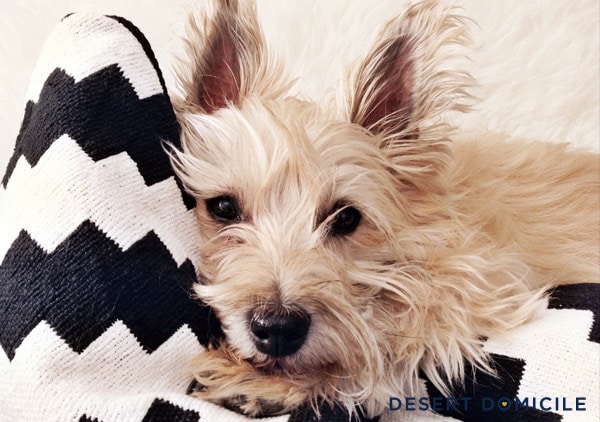 A couple of years later, she got loose, ran out our front door and all around our neighborhood. We were chasing after her trying to get her to come back to us but she wouldn’t listen. She eventually made her way to the street where a truck ran her over.

My boyfriend got to her before I did but I couldn’t get close to him because I feared the worst. Thankfully someone was looking out for her because she walked away from the incident with a little road rash, a sore leg, and her life! 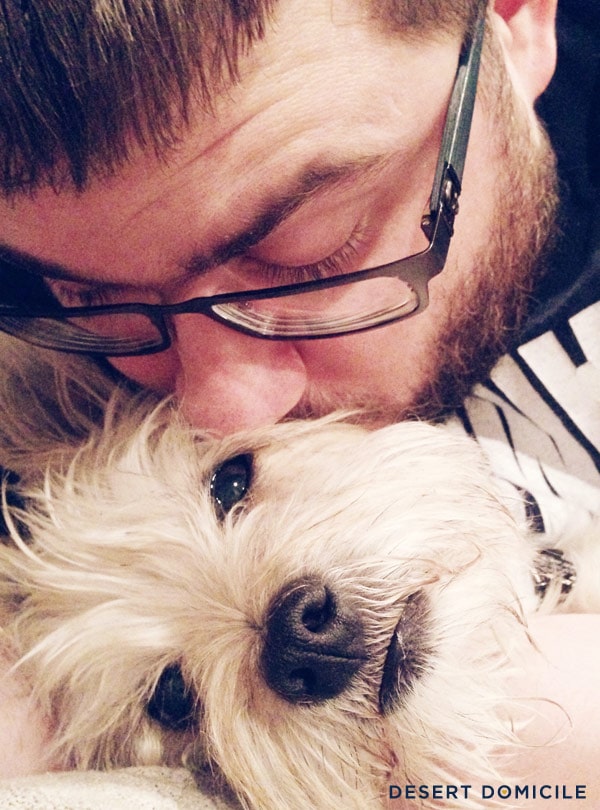 She made a full recovery from both incidents and is happy and healthy little lady! 🙂

Our second fur baby was rescued from the pound when he was 2 months old. His name is Ollie, he’s 5-years-old, and he’s a mutt! 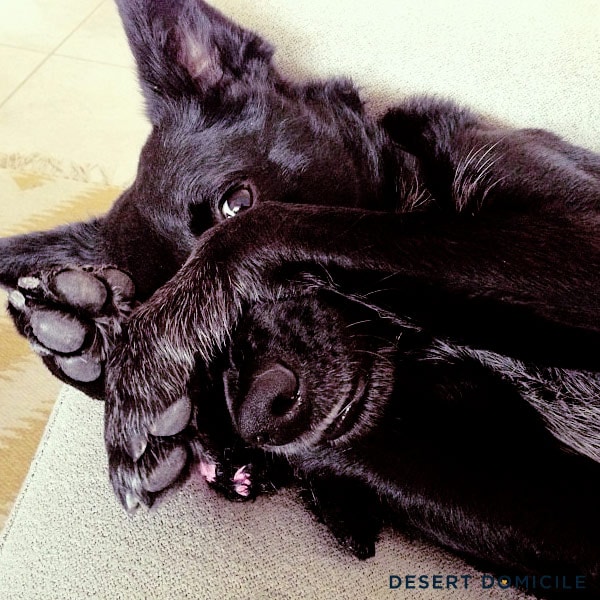 Ollie was born in the shelter but that’s all we know of his background. He fell in love with Sally as soon as we introduced them and they’ve been inseparable ever since. If you ask him “Where’s Sally?” he’ll look around until he can find her. It’s adorable 🙂 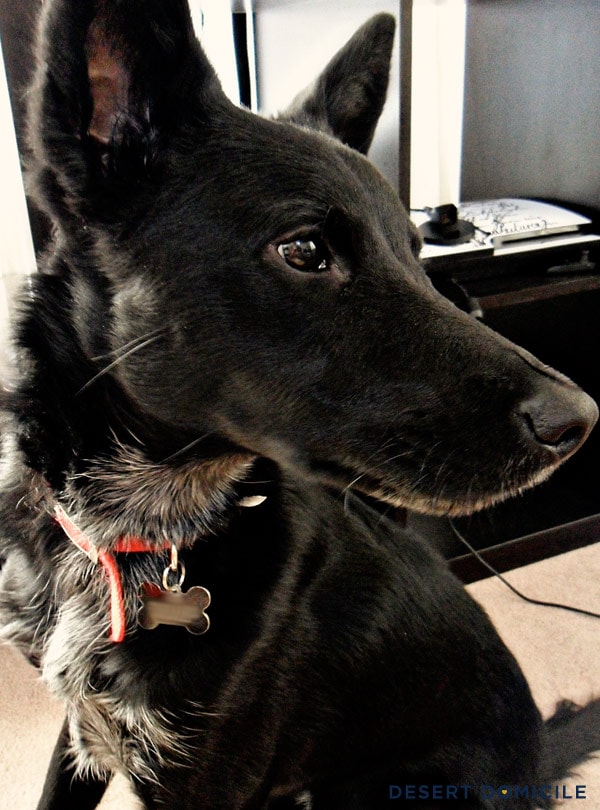 He’s very smart and very agile. He can catch any toy you toss at him he can scale any obstacle you put in front of him (like the stairs when we block them). 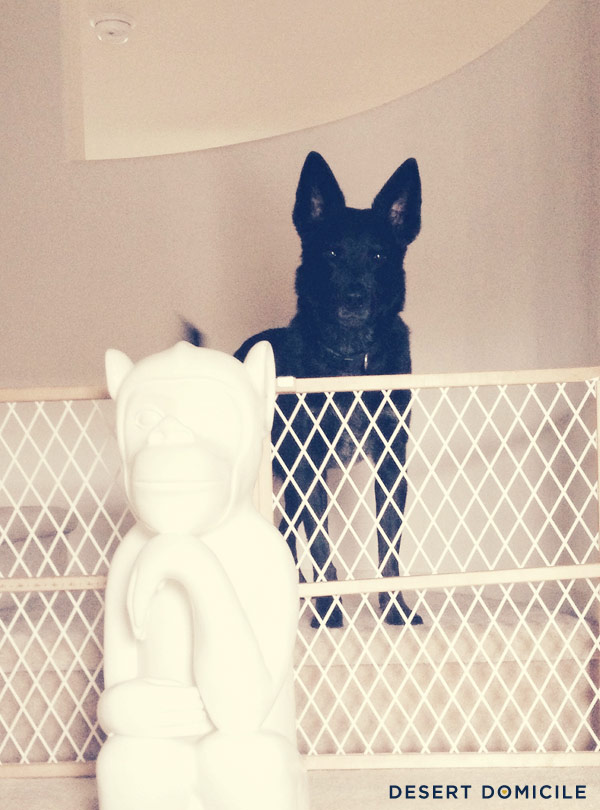 We signed him up for agility classes and went to 2 of the sessions but he was too scared of the other dogs to complete any of the obstacles. We were a little sad because we think he could’ve been a star!

We adopted our final fur baby from the same pound as our second fur baby. His name is Bentley, he’s 4-years-old, and he’s a German Shepherd mix! 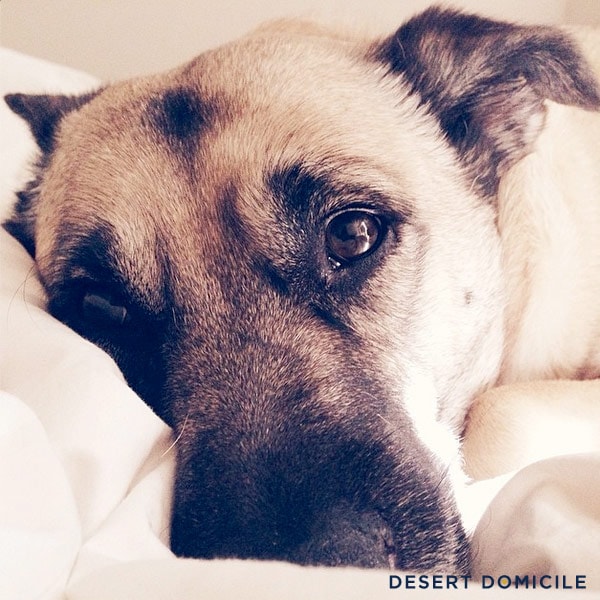 When we spotted him at the shelter we were told that he was brought in as a lost dog and that his family had been notified and given a week to pick him up. We asked to be put on the adoption list in the event that his family didn’t show up just in case. 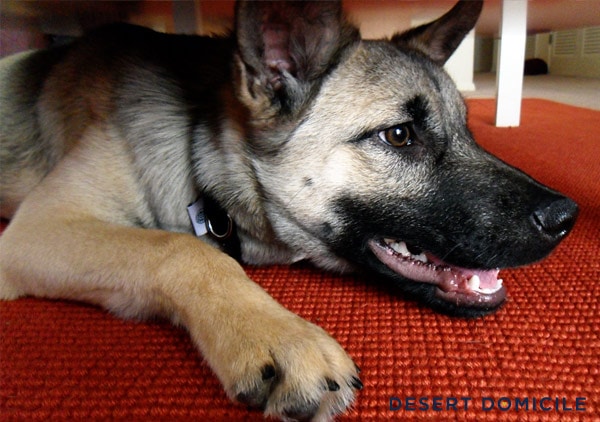 We were allowed to meet with him in an outdoor area but were warned that he was a stand offish, aggressive dog. We were a little nervous at first but all of our worries faded away as we watched his whole demeanor change when he saw us! 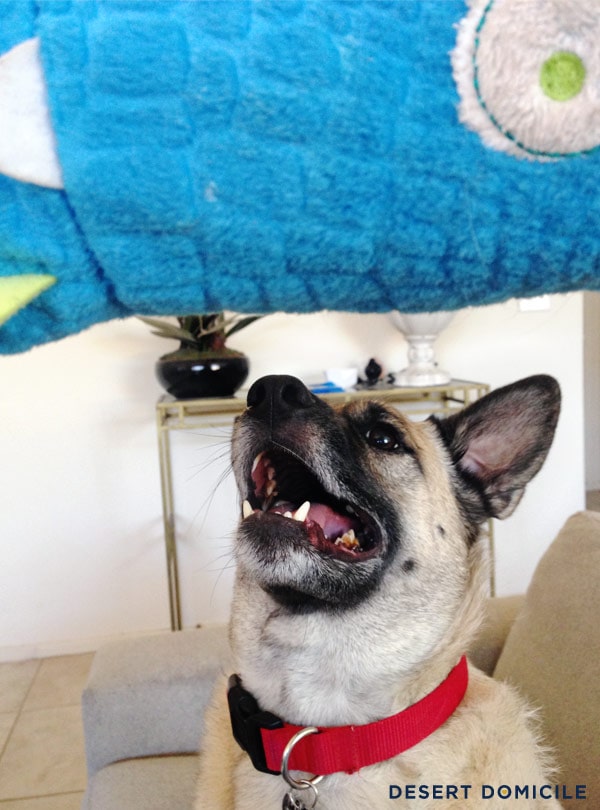 His eyes lit up as he ran around and wagged his tail! He gave out kiss after kiss after kiss and tried to jump into our laps. We knew we couldn’t get attached in the event that his family came back but they never did. We adopted him a week later and the rest is history! ♥

Aren’t they all adorable? Such sweet faces and I’m convinced that mutts are the smartest dogs ever. Make sure to head on over and check out Caitlin’s awesome blog by clicking HERE.

Have a great weekend my friends and see you on Monday.