Hi pet series fans. Today we have Charlotte from Ciburbanity and her adorable pup Frank stopping in for a visit. Man I love that name but the reason for that could be also that it is my dad’s first name 😉
Charlotte was at Haven too last year but we didn’t get to hang out. It was such a whirlwind and I sure wish I would have had more time to chat with her. I just felt like I was bouncing around the entire time and missed a lot of things. But enough chatting nonsense. Let’s get started!

Happy Friday, Cuckoo 4 Design-ers! I’m Charlotte and my pup, Frank, and I blog over at Ciburbanity (well, I do the blogging and he just barks. And barks.). He’s thrilled to finally have a little time in the spotlight thanks to Julia and this sweet pet series! Ciburbanity stands for City + Suburb + Sanity and I post mostly about our old home in Connecticut, but we have four children under 6 with one on the way, so the chaos, er kids, sneak in every once in a while!
But back to Frank… I’ve had a dog since my junior year of college. Yeah… I was one of those college kids who felt a puppy made sense. (PSA- don’t get a dog in college.) Fast forward to 2009 when our first daughter was born. My sweet college dog had been put to sleep a few years earlier and a second dog rescued to keep her company met the same fate in August. For the first time in 12 years, I was dogless. 1 baby, but 0 dogs. Unacceptable. Skipping ahead to the good stuff, I found my way to Petfinder.com and an organization called All About Labs down in Arkansas. This was the face I saw online. 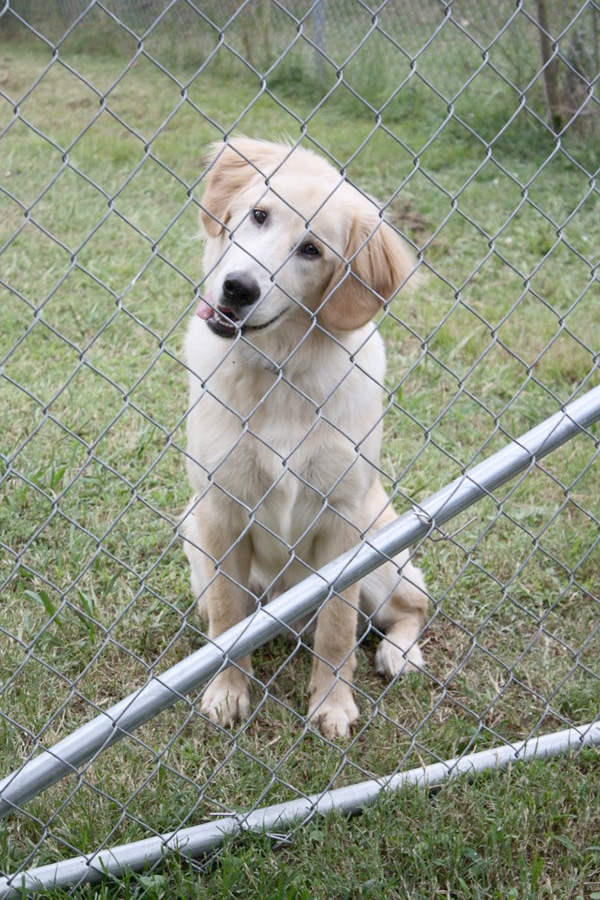 They know their dogs and match their rescues with your family dynamics… for us, kid friendly was top priority obviously. A few weeks later, my husband the baby and I headed over to meet the transport truck at a rest stop by the Tappan Zee Bridge and this terrified pooch was waiting for us. 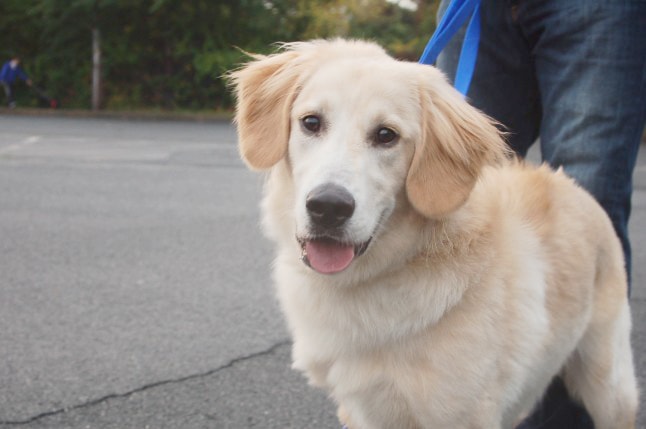 Known as Tank with All About Labs, we christened him Frank, and our life of barking began!  In his first weeks with us in New York City, poor Frank earned some fast strikes by eating a pair of UGG boots and some glasses.  But, he was SO gentle with Eleanor and that was all that mattered. 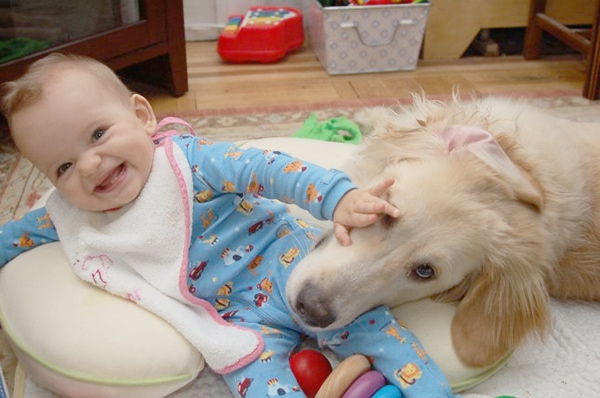 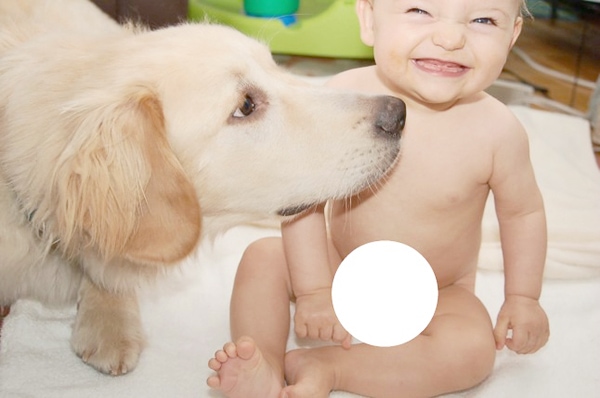 Frank’s now 6 and we’ve been out here in the suburbs for almost three years. He’s a MUCH happier guy without all the city commotion and horns and people.  Don’t get me wrong, The dog can still bark, but he also puts up with the kids poking and prodding. Baby hugs to his face. Crawlers using him to stand. 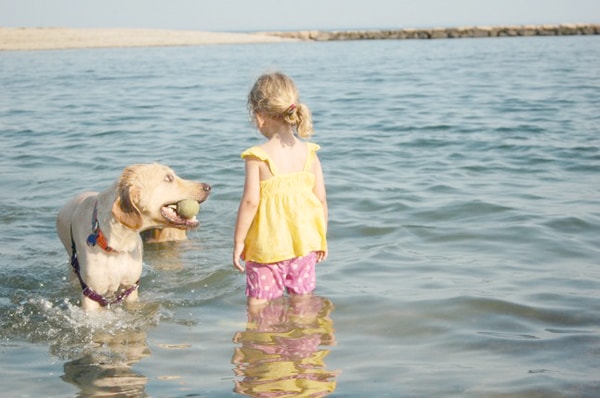 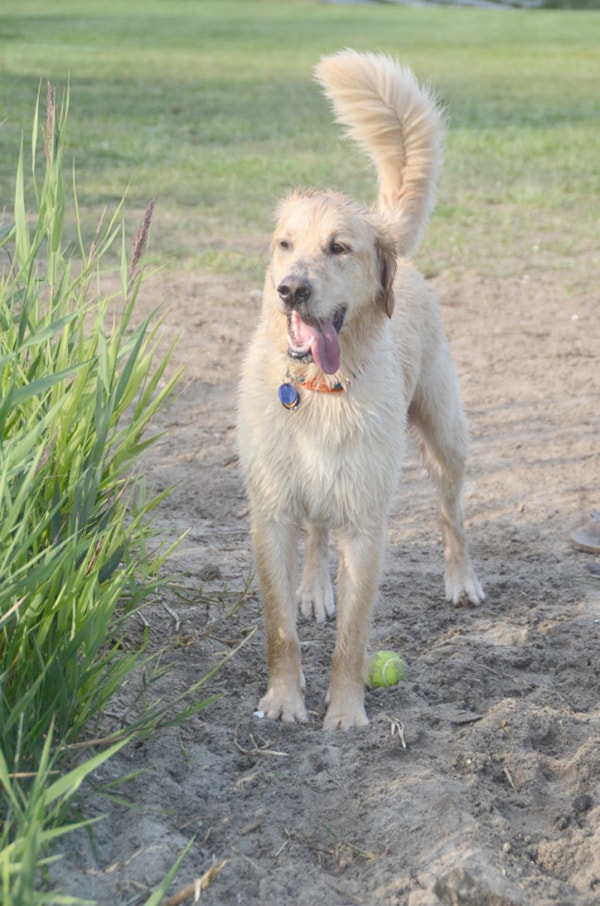 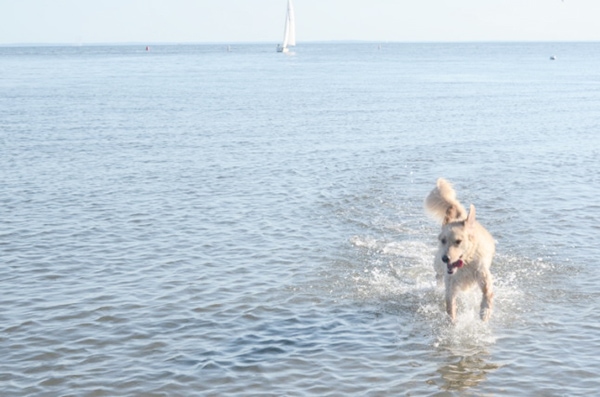 He could sit in the snow for a week. And tends to go in and out 35 times a day. There’s no telling what he’ll decide to use as a chew toy on any given day: potholders or kleenex or a doll’s foot… all fair game. 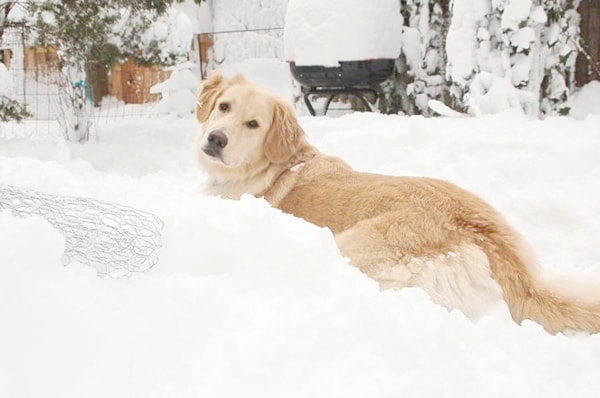 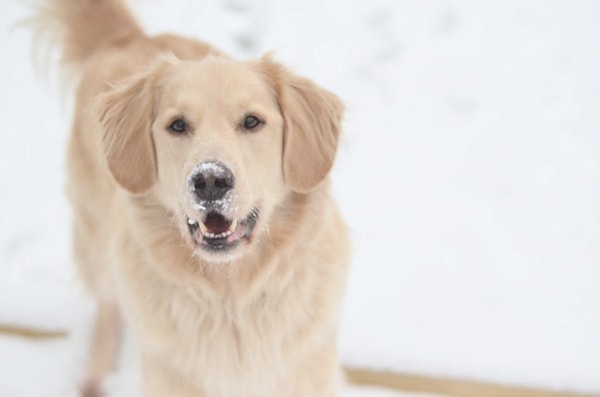 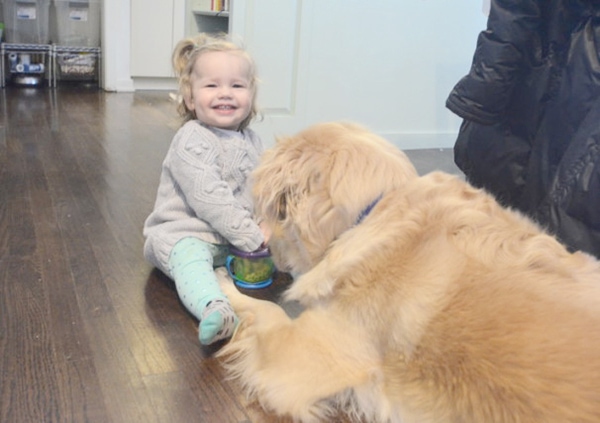 Sweet Frank doesn’t get nearly as much attention from me as his two predecessors, but with four children running around, I suspect he’s getting more love than I think! Besides… with a handsome face like this, too much affection would probably go to his head! 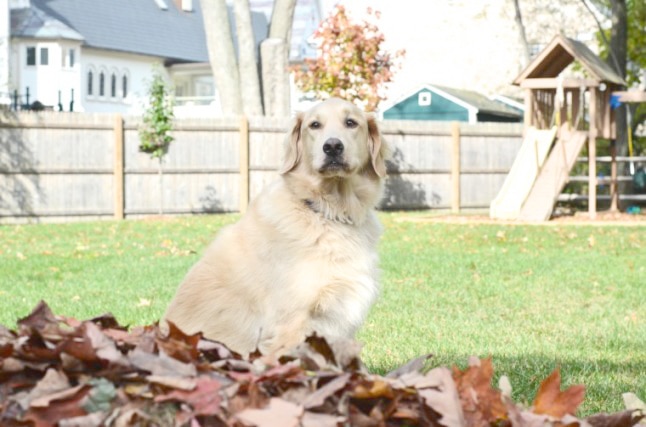 Thanks to Julia for letting me shine the light on our sometimes naughty but always nice Frank. As I type, he’s perched in the snow under the birdfeeder keeping watch over the backyard!

That face is just heartbreakingly adorable and so are the photos of him and Eleanor. And he sure has a gorgeous yard to run around in. I might be dreaming of spring but check out this oasis: 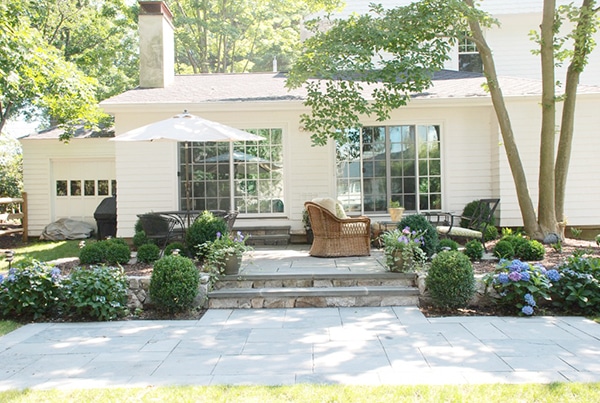 And Charlotte has a great way of decorating with blue and green: 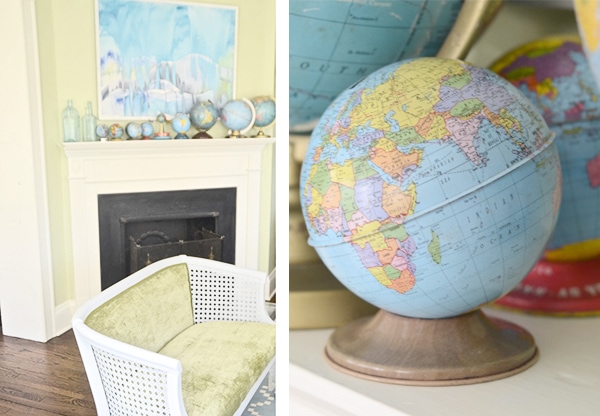 Which was inspired by this awesome chair she recovered: 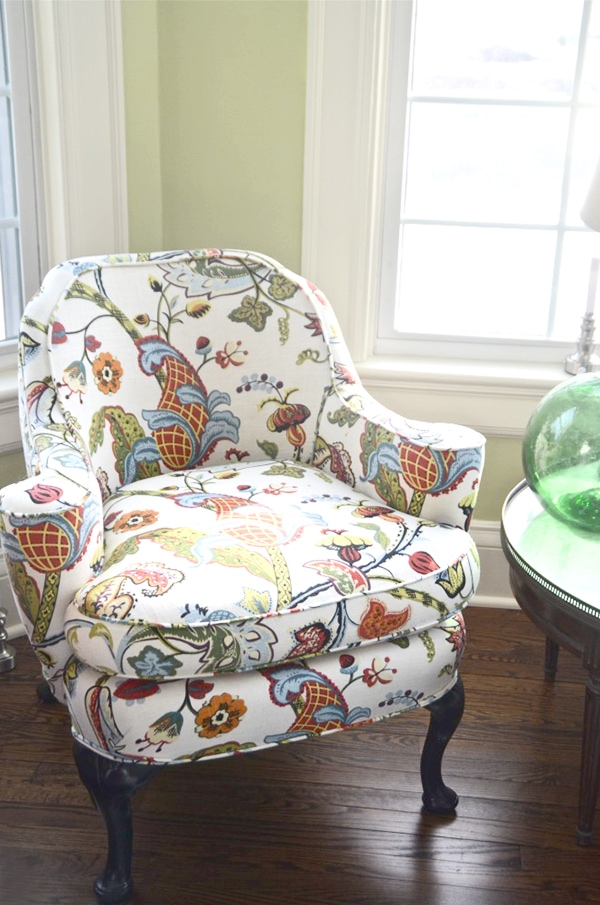 Isn’t it awesome, love the fabric!

So hop on over and pay Frank and Charlotte a visit by clicking HERE.

Have a great weekend.