I think my hubby thinks that just because you can buy all kinds of mustache decor and clothing now, that it is the must have look. I JUST REALLY HATE IT! 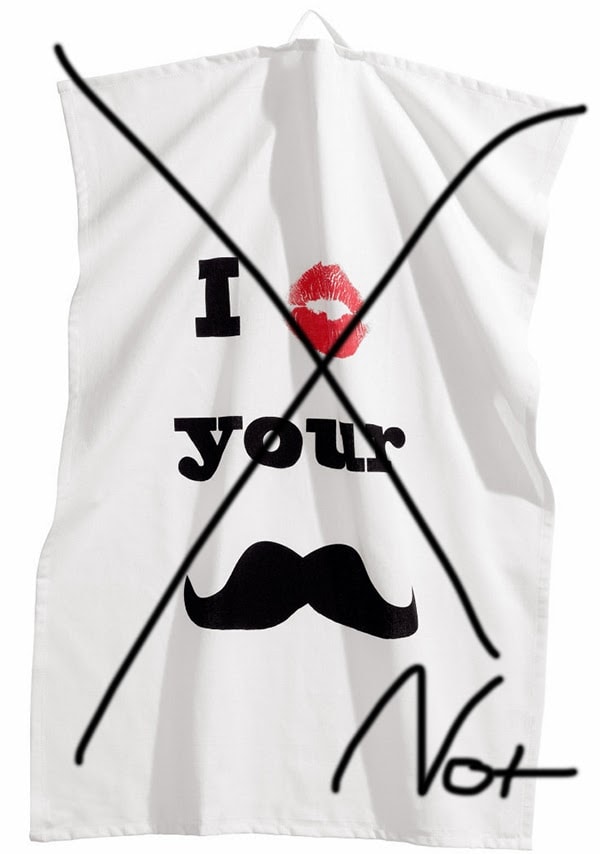 I’m totally getting personal. It’s a silly post but something that is really getting me all emotionally worked up for the past couple of months.

Let me explain myself. My husband decided around our 15th wedding anniversary last May to grow a mustache. Now to some that might be no biggy at all but I hate facial hair and to get even further into detail I hate body hair too. Facial hair to me represents pubic hair on your face. Yup, my dad has always said: “he ripped the lining out during birth”…yeah you heard right! And that’s exactly how I feel. I can’t stand it. Not only is kissing a broom (or what I called it earlier) totally unappealing to me, it makes most people look older. That might be understandable when you are a pubescent teen and you want to show off your first fuzz and how proud you are to finally look older (I hated it back then too though).

(Unless you are Jax Teller, facial hair is a no-no)

Now before you tell me that I am mean once again and shouldn’t discus such matters publicly on my blog. Let me tell you that it baffles me how he can still insist on growing one, when he knows I HATE it that much. If he would tell me that my hair is repulsive (which I have called his stache already) then I would make sure that I’d change it. And every occasion and event we go to, where he has male support, the stupid mustache debate comes up again. That’s when the fist bumps, high fives and “dude that mustache is so cool”, “it’s so Dirk Giggler, man” start flying.

“The guys in my office think it’s awesome honey!”

So now I’m having the stupidest, dumbest poll ever.
But it’s kinda really seriously IMPORTANT my friends, lol:
The King Konya Mustache Poll
He said “bring it on”.
Be honest!
This is not to make me happy (well maybe a little) or him happy.
Just vote!

And my husband has had a great history of hair issues. If you’ve been following me for a while then you have seen his old photos already but since there are lots of new folks around here, I will fill you in all the way.
(He doesn’t care about me sharing his hair photos, he still, to this day insists that he was a pretty cool guy in highschool”)

This is totally the all time favorite: 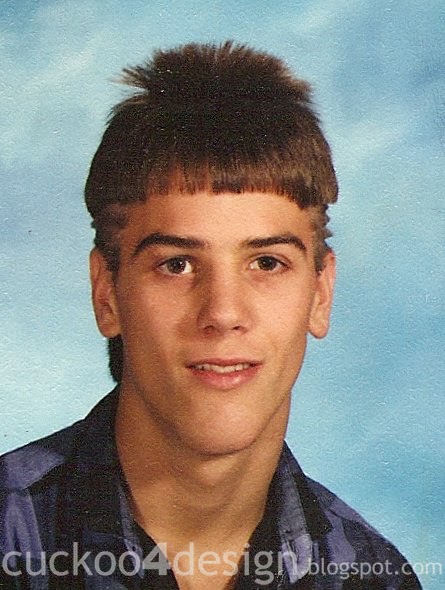 And thanks to me you can find him on google now under “ugly 80s hairdos”. Isn’t that special?
Who wouldn’t want to be on the same google page as Alissa Milano (top right) or Hulk Hogan? 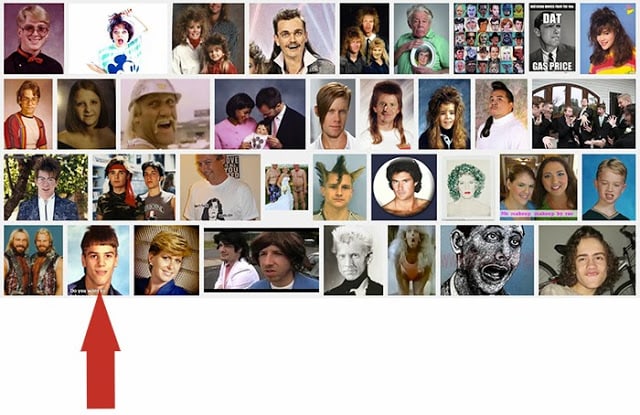 He had good hair days too when I met him. Such a handsome guy, right? 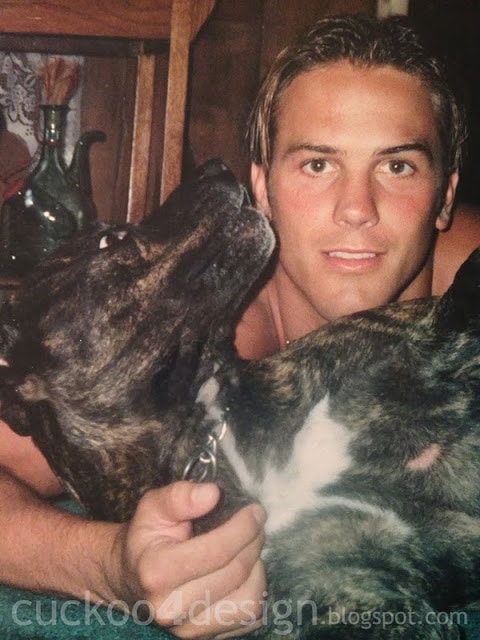 And he can rock almost no hair at all. Which I totally liked:
Ugh, really? Ummmm NO 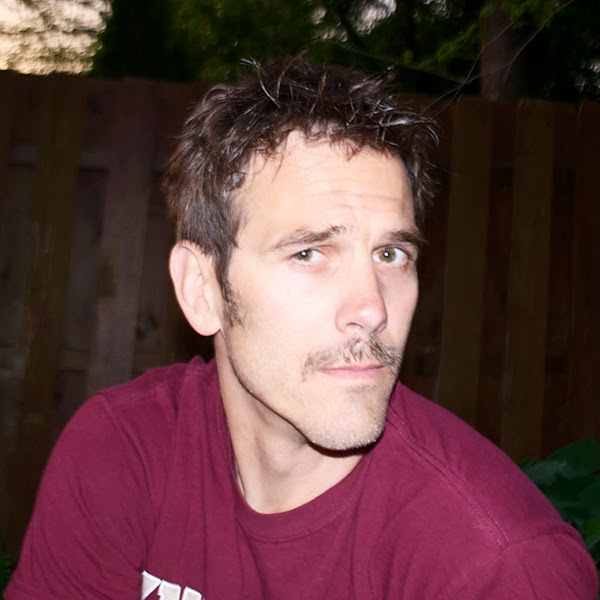 NO
I just really can’t handle it 😉 And he does take all these pictures just to be annoying!
He said bring it on, so let us have your opinion right here:
AND JUST TO SHOW YOU I CAN POKE FUN AT MYSELF TOO
(The kids and I had a blast even though I don’t look like I did):

Ugh, I have a mental picture of knee high socks and roller blades. Let’s scratch that thought, I might hurt myself. Crackers it is…or maybe the toilet paper will disappear whenever he needs it 😉

Let’s make this fun and give your vote!

UPDATE: It was a pretty good voting turnout for me. Only a third of the post views voted but that was still several hundred people, well mostly ladies 😉 but that’s good for me. 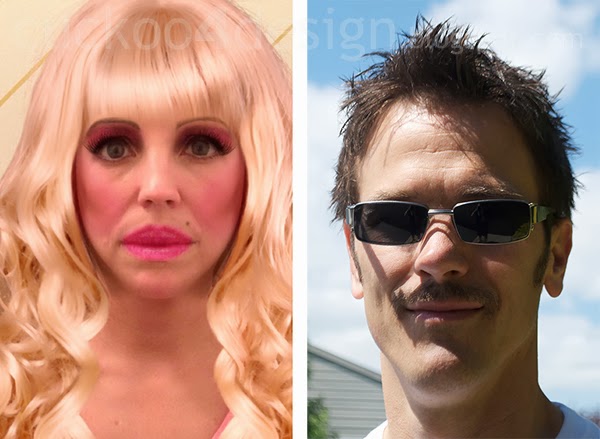 My husband voted himself by the way and I don’t doubt that he made a buddy or two vote for his stupid mustache.
Here are the results which show that most of you guys are on board with me: 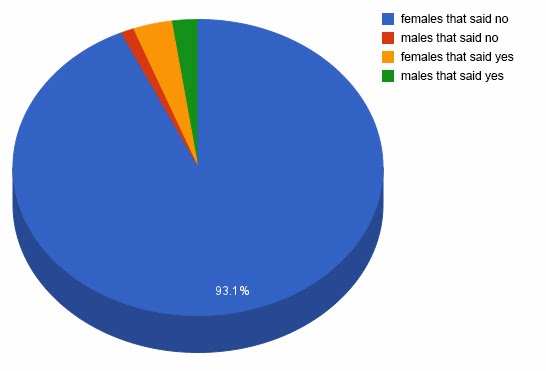 Here is a virtual high five my friends to agreeing that his mustache is not nice looking! He is still in denial and telling me that I probably cheated…blah blah blah…he’s a bad looser!

Tschüß and have a great weekend.