Happy Friday to everyone! I finally have the winners of our epic giveaway. Here we go:
Susana chose the Fashionista package. Christy chose the Design Diva and Sabona gets the Hot Mama package. Congratulations!

Today, I thought about digging a little deeper into my parents design choices. They don’t change things up a lot and most of the things in their home I grew up with.

My parents always loved having their walls filled with artwork and collectibles, some of which I love and some of which I hated. Recently I have thought about some of their choices and I have to say I see the specific artist mentioned in the headline of this post in a different light and that’s why I research him a little more. I grew up with Bjørn Wiinblad on our dining room wall and I have to admit that I could imagine some of his pieces on a white painted wall with a gorgeous colorful piece of furniture under it now.

So let me show you what I’m talking about:

Characteristics of Wiinblad’s work include whimsical round-faced people,  dressed in vaguely 19th-century costume. They are often surrounded by natural elements: twining vines,  floral wreaths,  and fantastical trees. When Wiinblad employed color,  he did so with great assurance. His colors are saturated and strong–sometimes almost psychedelic–and are often supplemented with metallic gold or silver.
Wiinblad was an important designer for the Rosenthal porcelain company. His most popular Rosenthal dinnerware design,  Romance (Romanze),  was a typical Wiinblad design in terms of its incredible level of fine decorative detail. Starting in 1971,  he also designed an annual commemorative Christmas plate for Rosenthal (which my parents collected).
Wiinblad was named Man of the Year in New York in 1985 and was awarded the American-Scandinavian Foundation’s Cultural Prize of 1995. 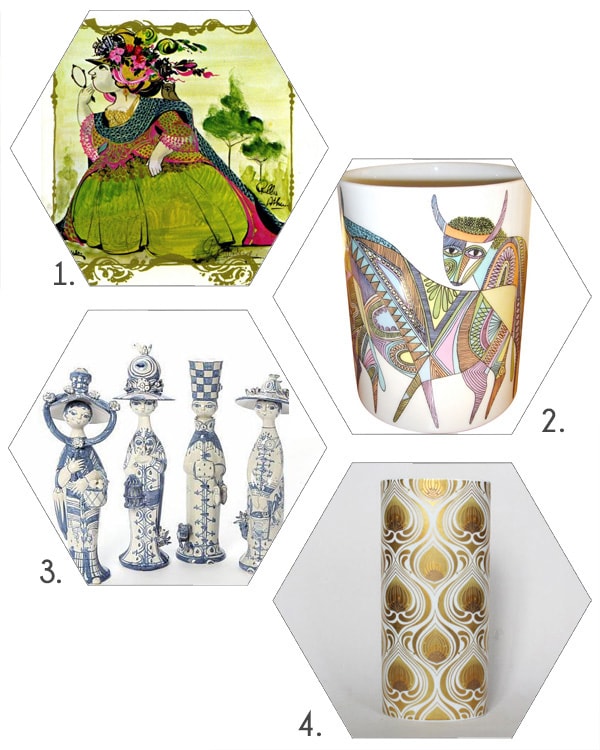 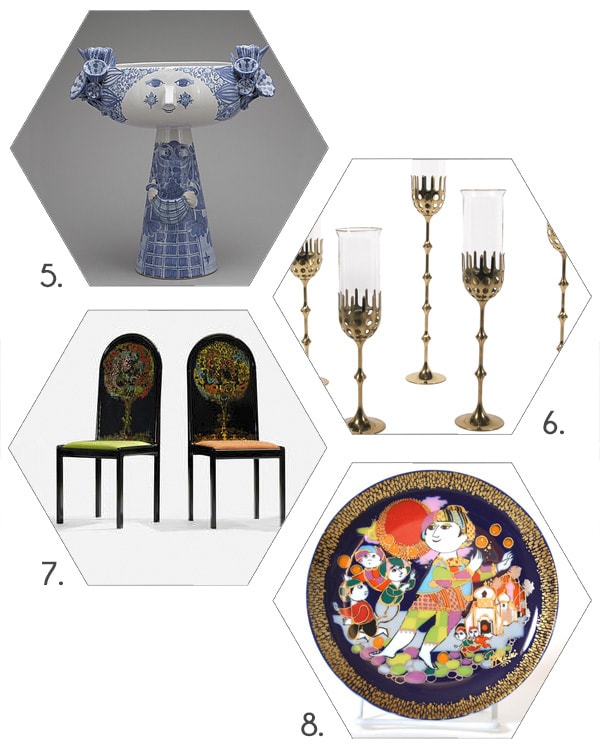 My parents plates are displayed on their grasscloth covered walls (they liked this trend way before everybody else did) and they have their antique sideboard under it: 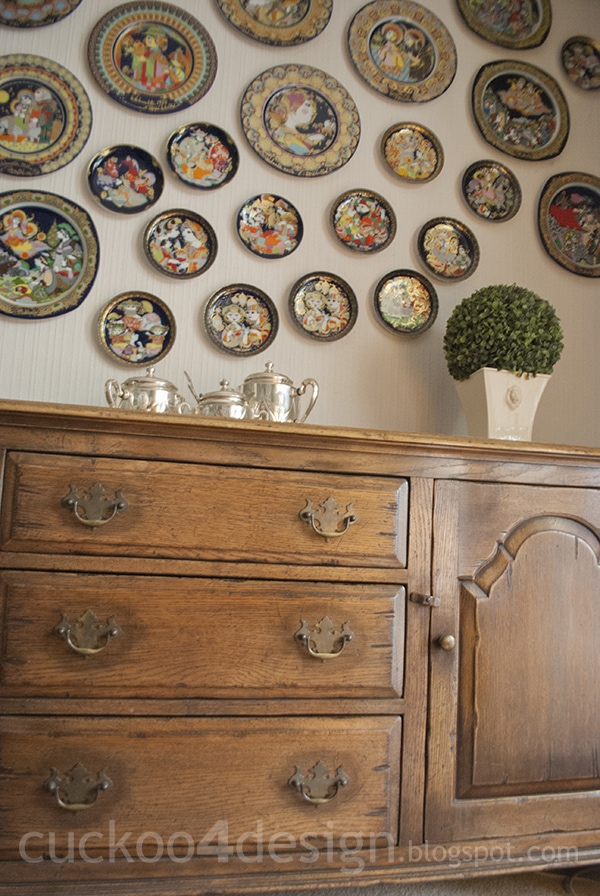 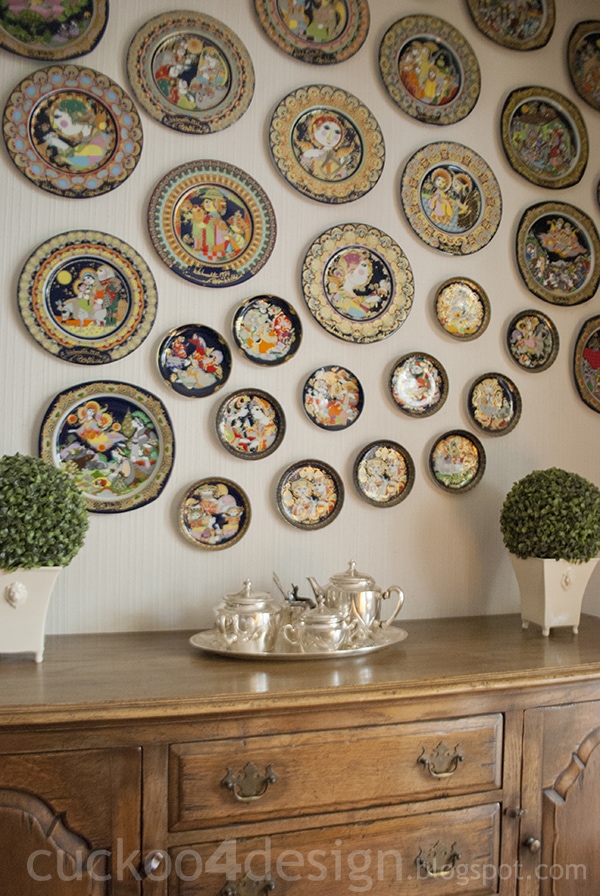 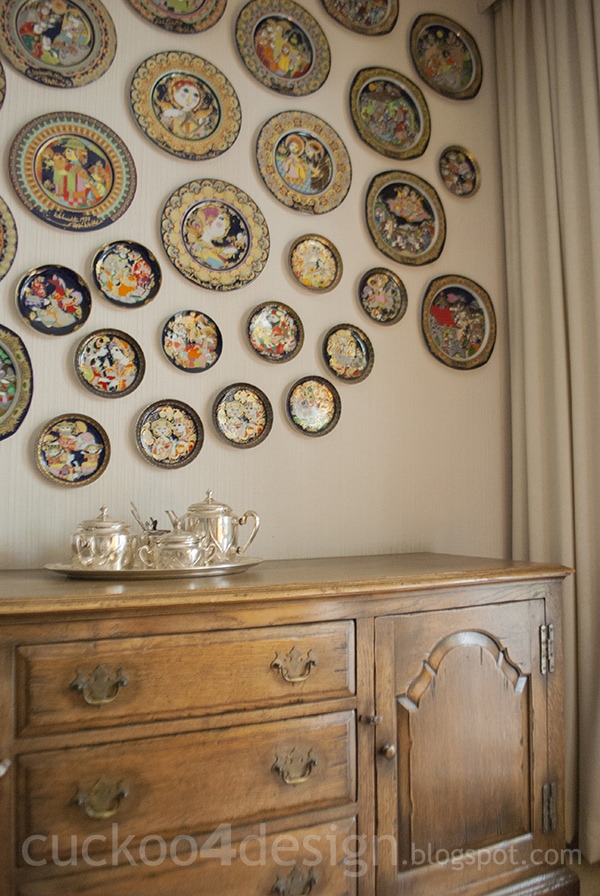 This following display is how I could picture the plates in my space:
Do you have any design trends or choices that you grew up with and that you are finally learning to like? Or should I say that stir fuzzy memories?
Have a great weekend.
Tschüß