I love giving pumpkins a more modern twist than going the traditional fall decorating route. You might have seen my painted leopard pumpkins which are also untraditional.

When I was at Sweet Clover Barn last weekend I purchased some Annie Sloan chalk paint. I got my favorite shades and I decided to use them on the pumpkins. I really love the mat finish the paint gives. I also wanted to add another twist to the look and decided to make them into studded chalk paint pumpkins. 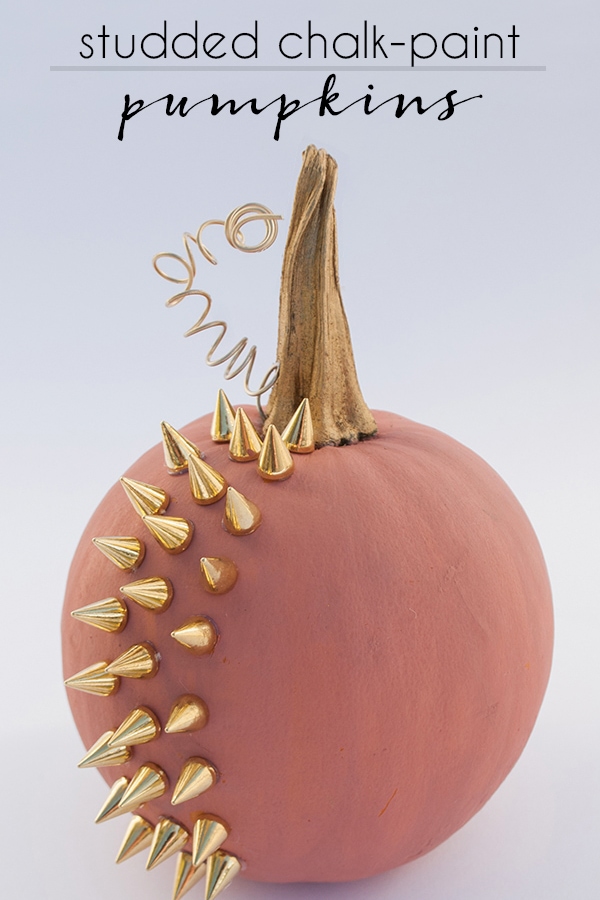 I started the studded chalk paint pumpkins with this already very pretty group of pumpkins: 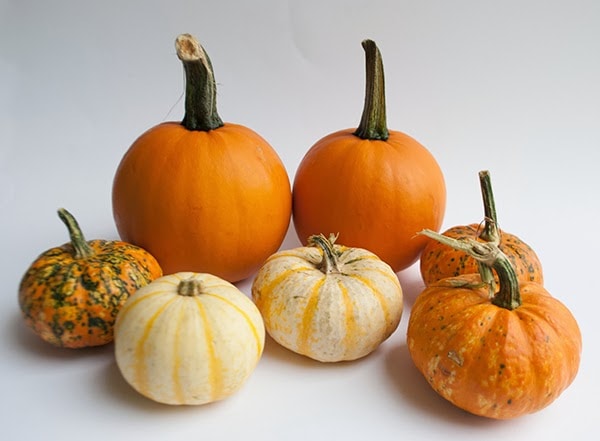 But I really adore the look and colors of Heirloom pumpkins so I decided to paint them with the paint from the barn: 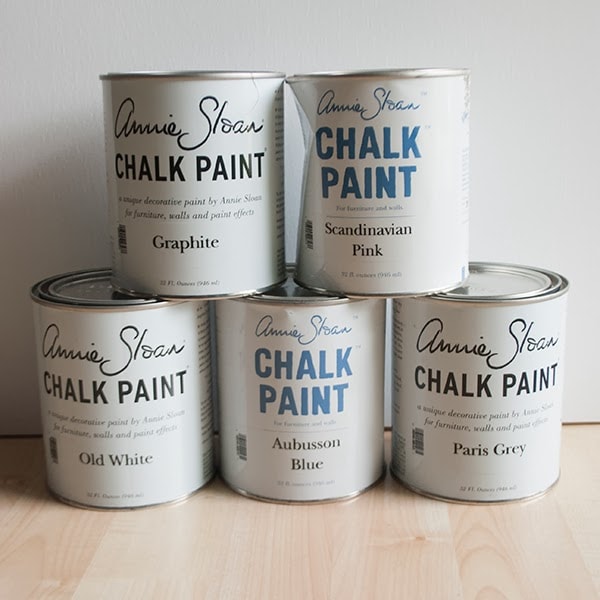 Oops I banged the one can up pretty badly, thank heavens it didn’t burst! I did not use the Aubusson Blue.

But just some plain chalk paint wasn’t cutting it for me so I bought some studs. The flat triangles are from JoAnn’s Fabric and the spikes 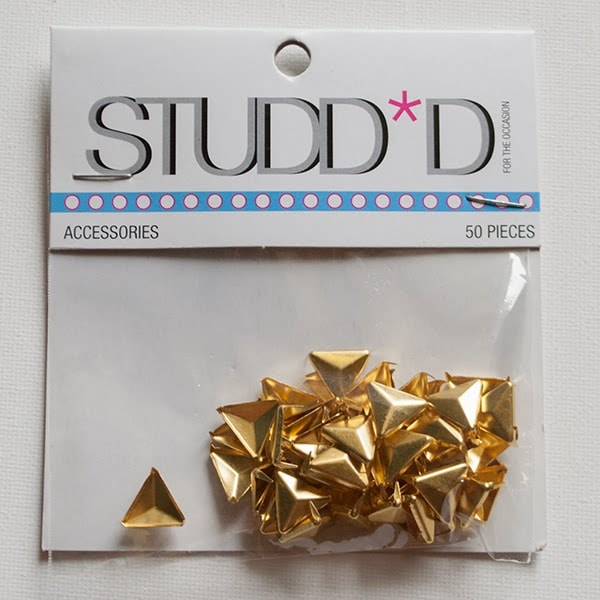 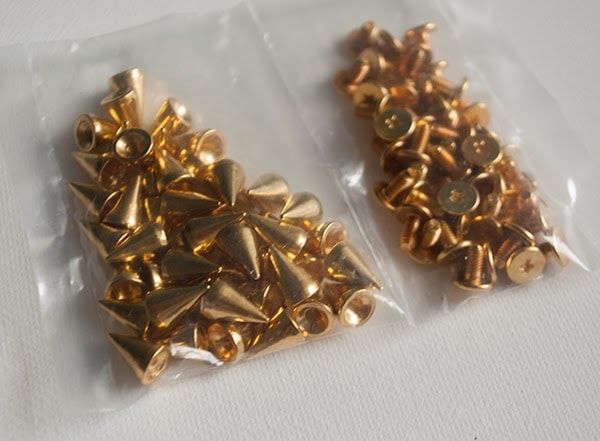 I used Rub n Buff on the stems, twisted some gold wire for the top, and simply pushed the wire and triangle studs in place. It’s that simple. Now the cone studs needed some hot glue. They all can be removed very easily and I will totally reuse all the studs when the pumpkins are going bad.
Oh, and one of them got some glitter nail polish polka dots which my daughter snatched up for her room.

So here are a ton of photos again because I really adore how they look. They are like little gems. 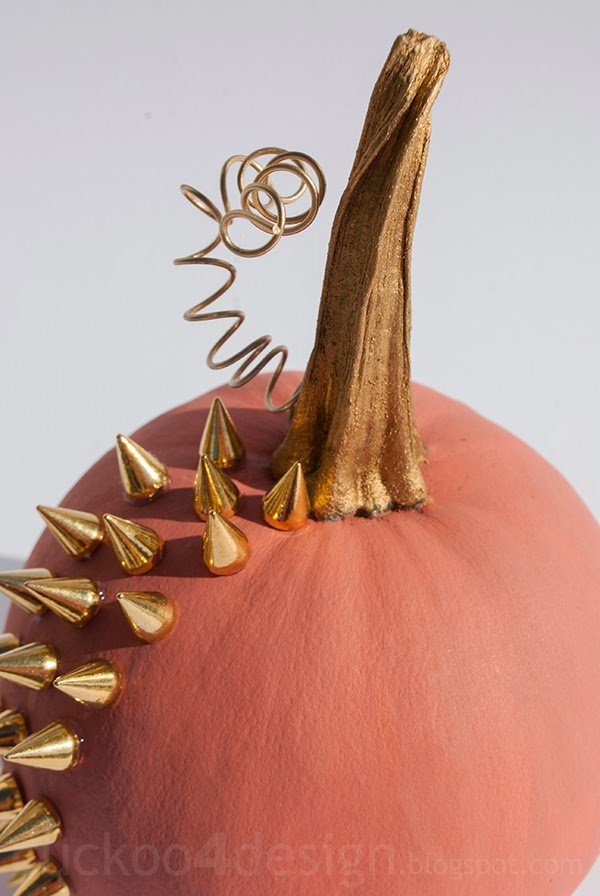 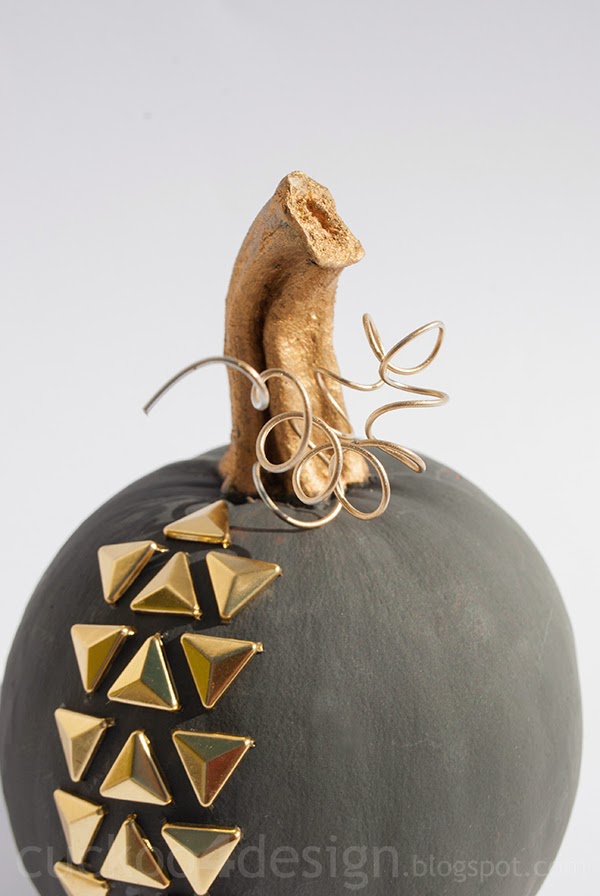 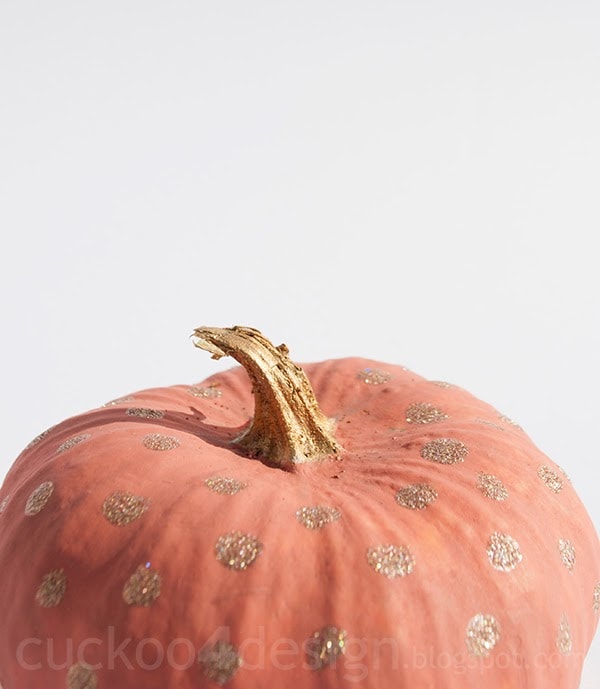 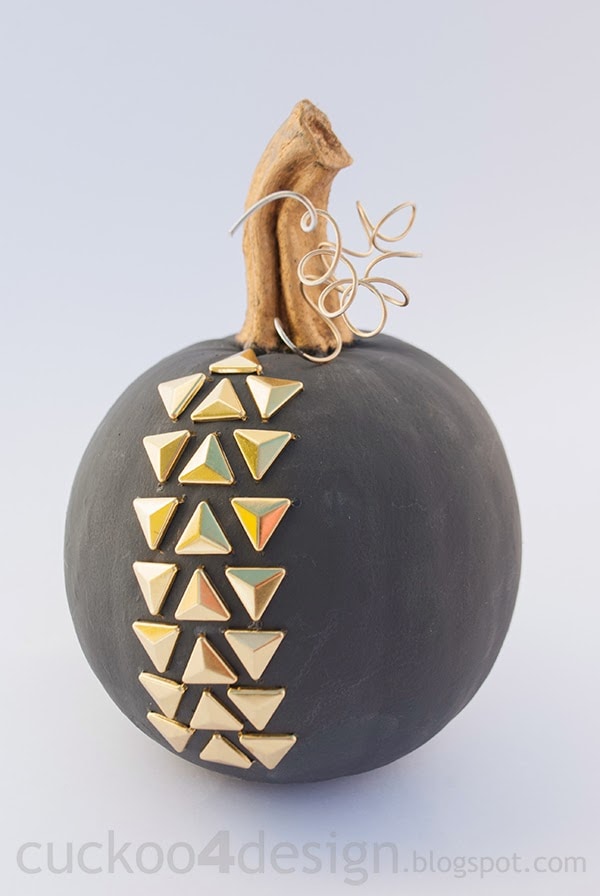 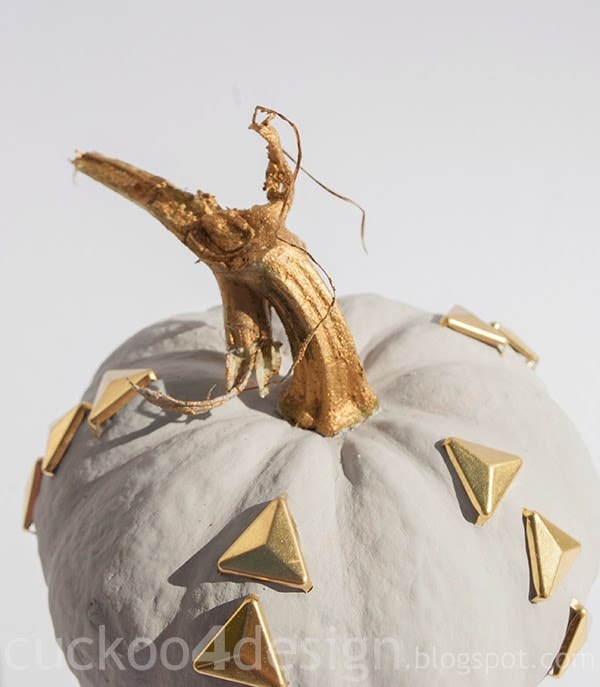 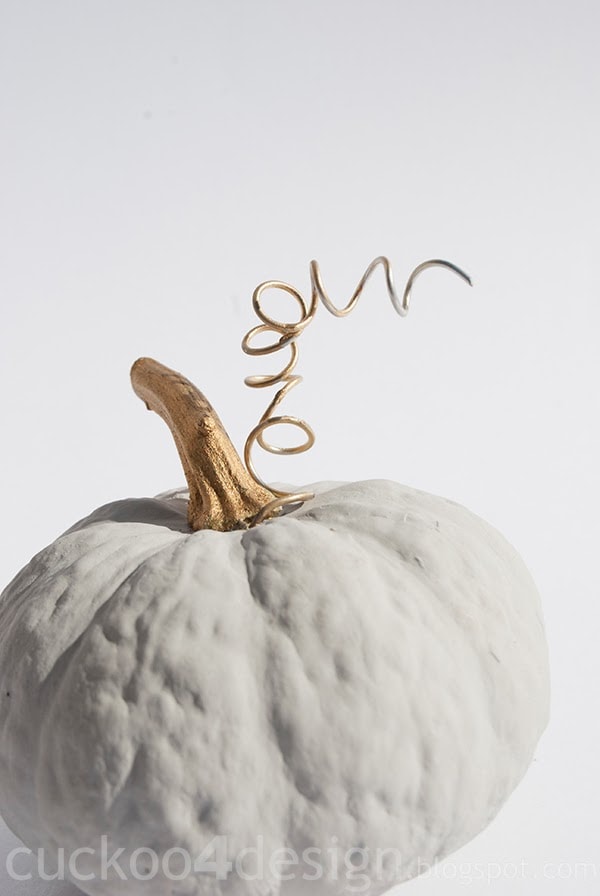 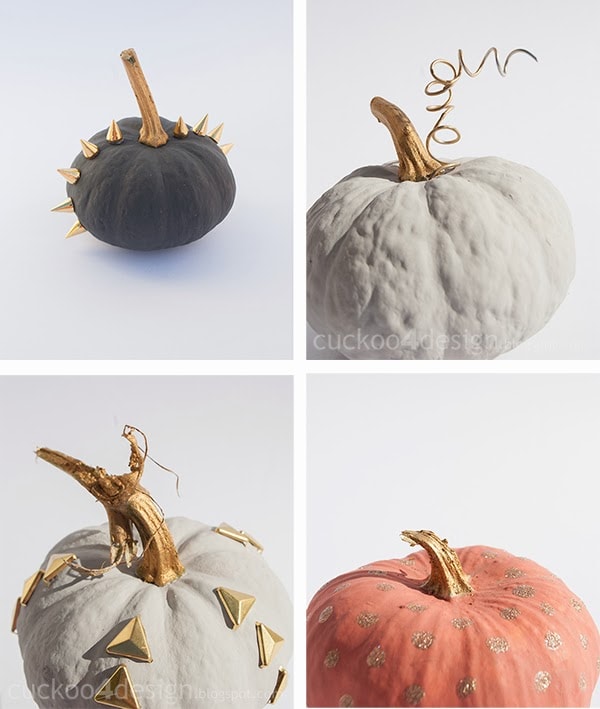 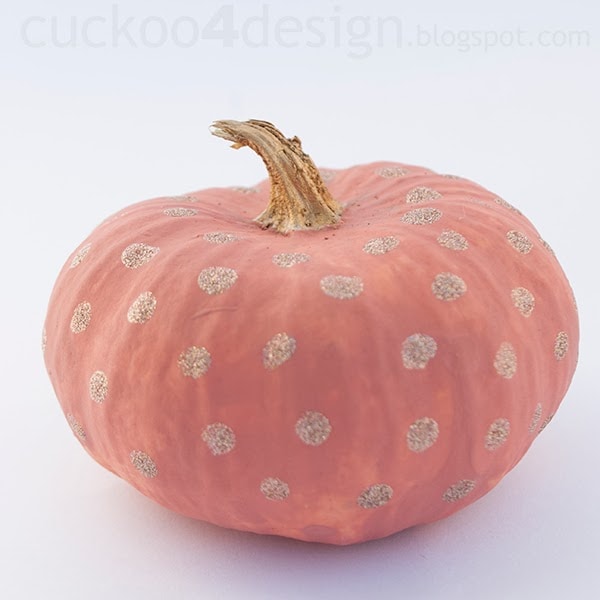 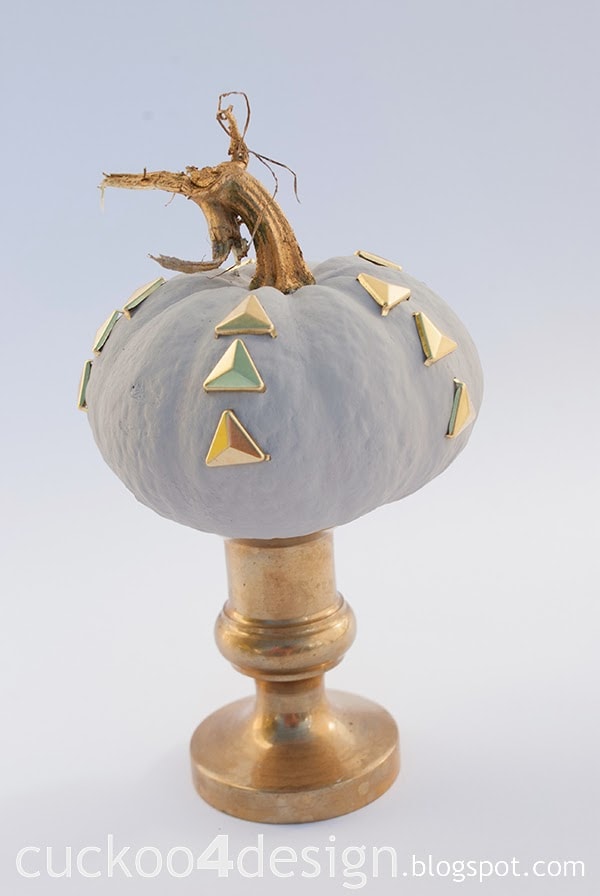 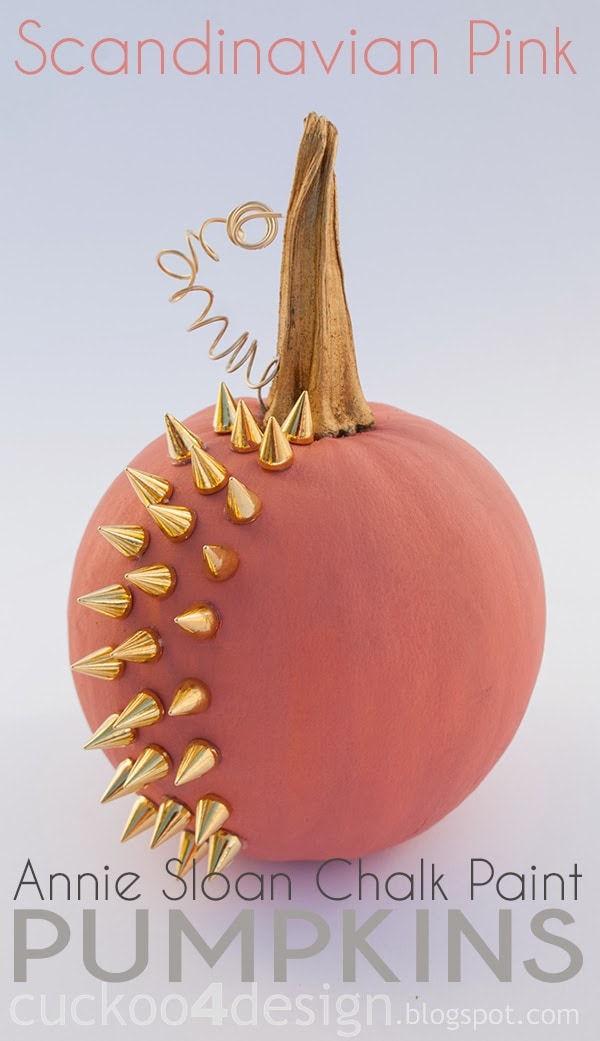 Should I call it Scandinavian Punk now? Ha!

Can you tell that I enjoyed taking photos of them? 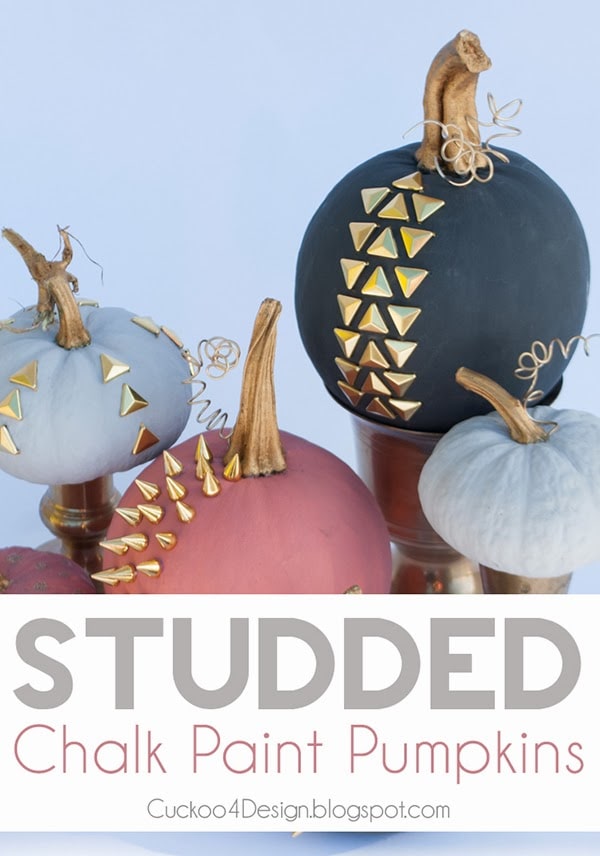 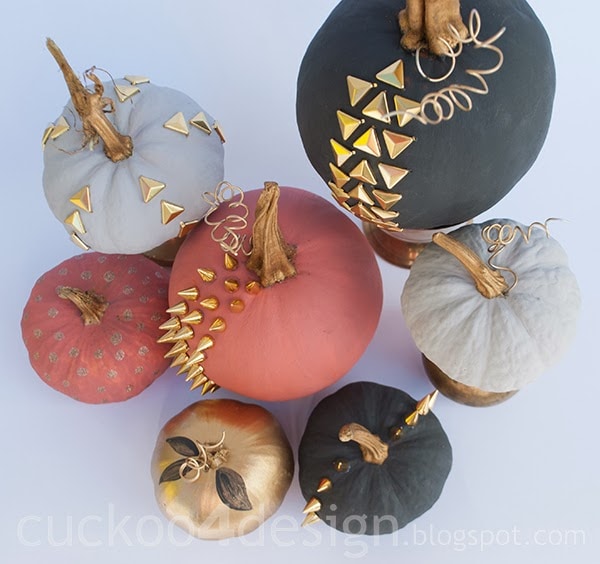 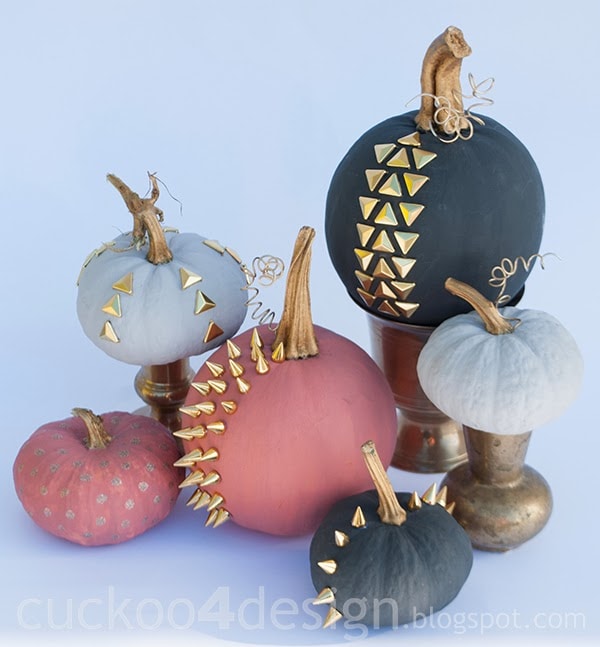 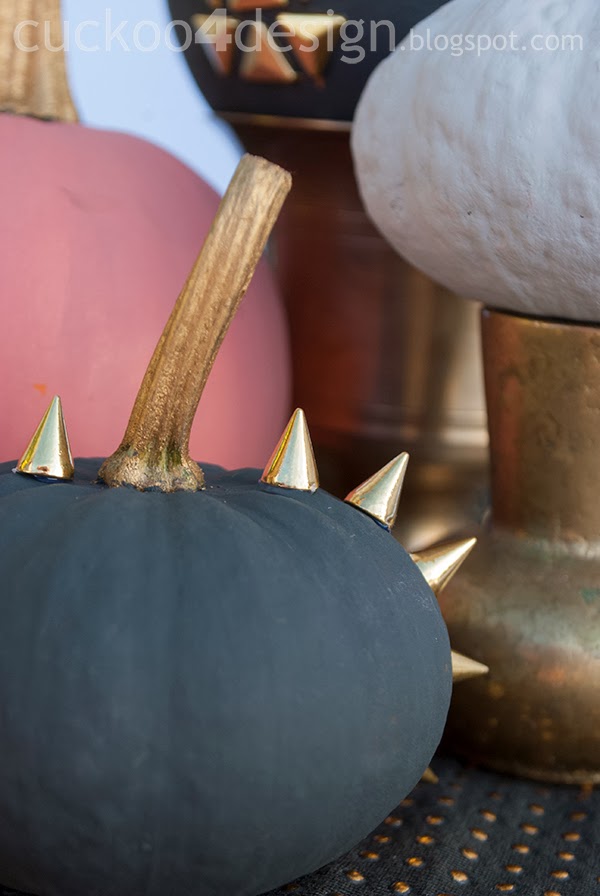 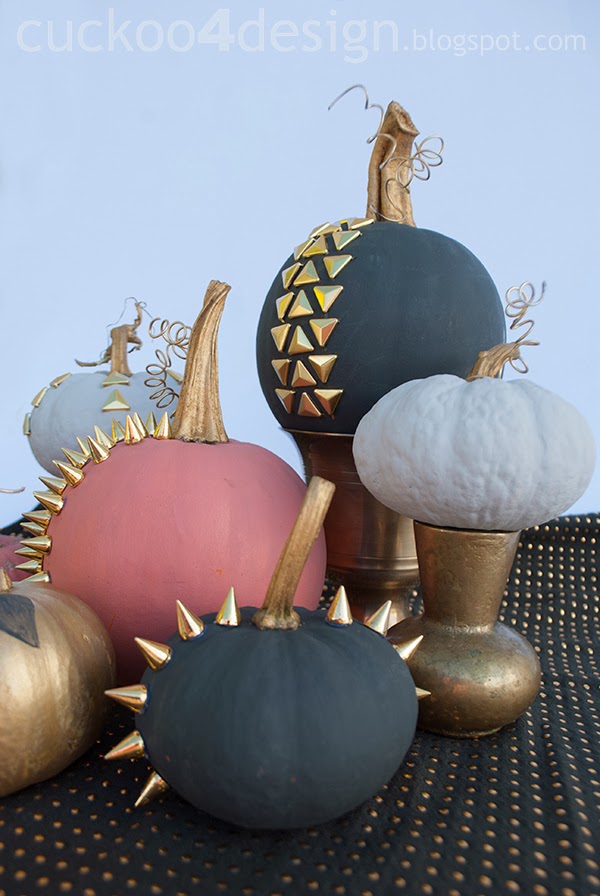 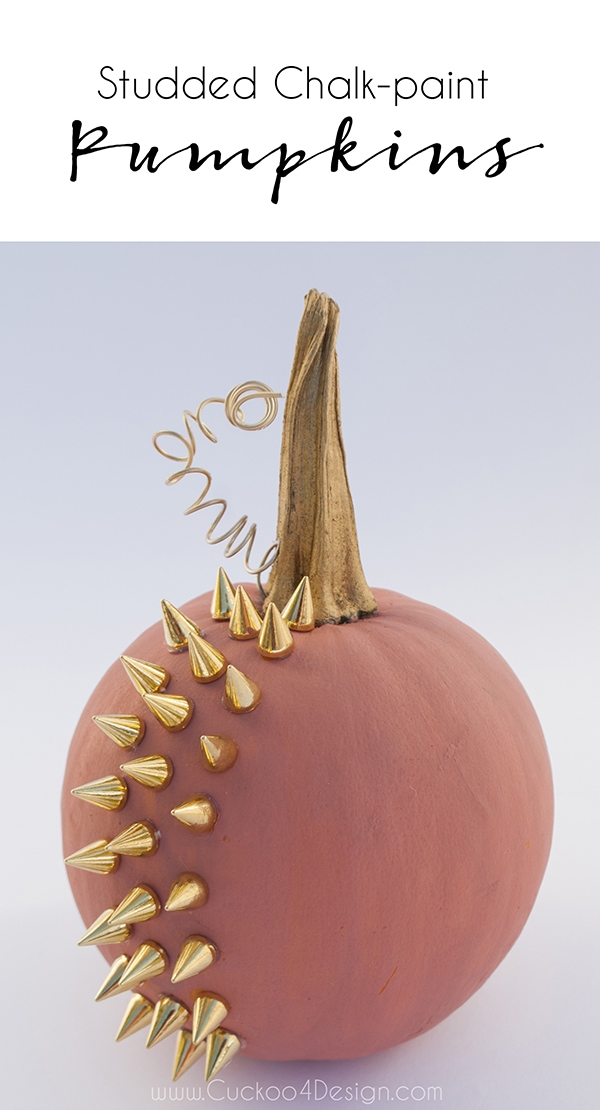 Click on below images for some more Halloween Ideas: 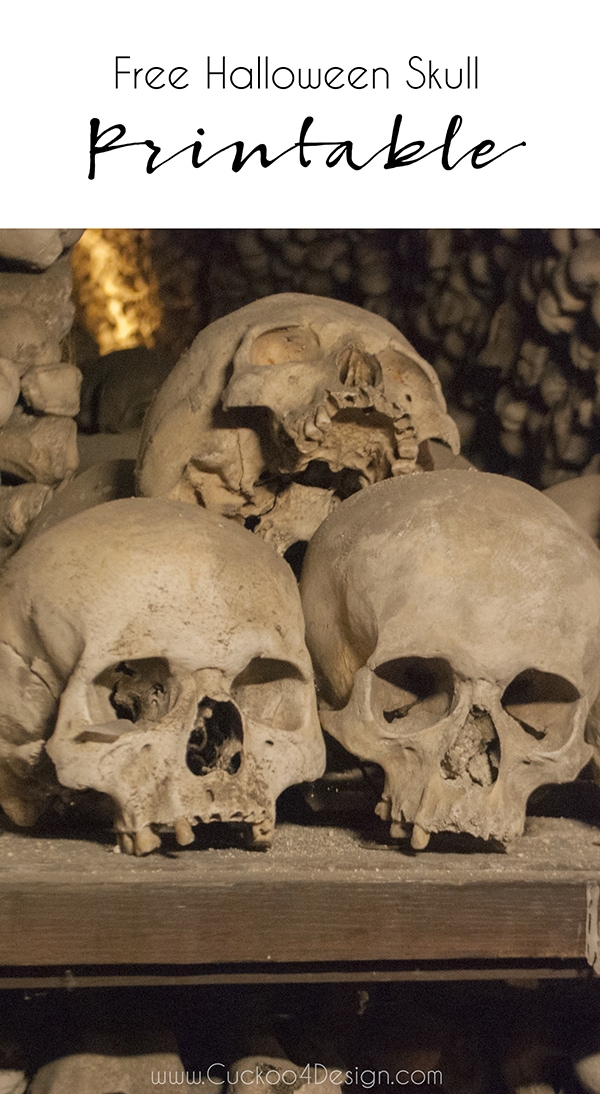 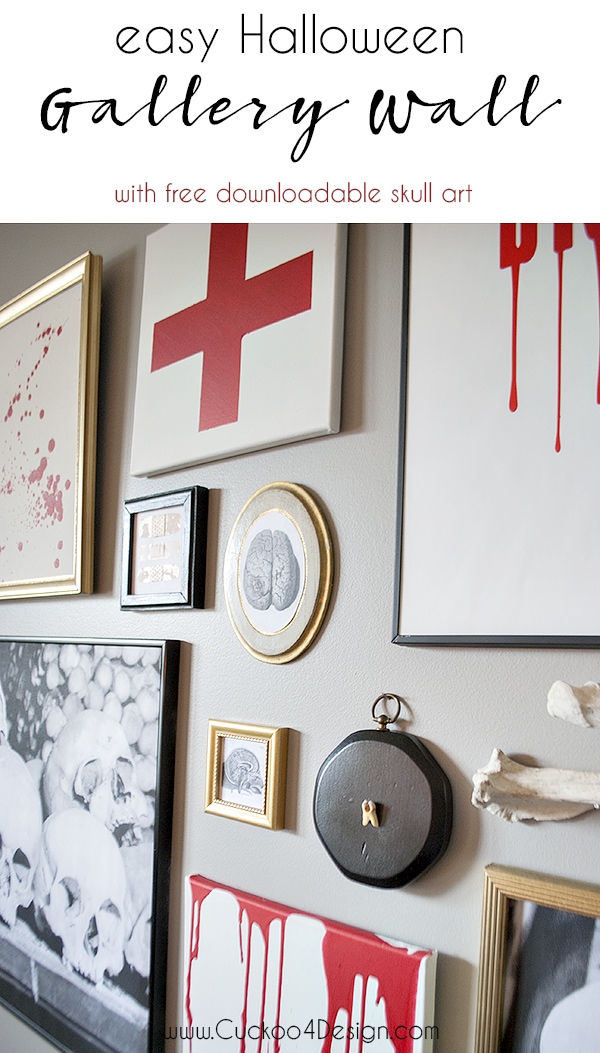 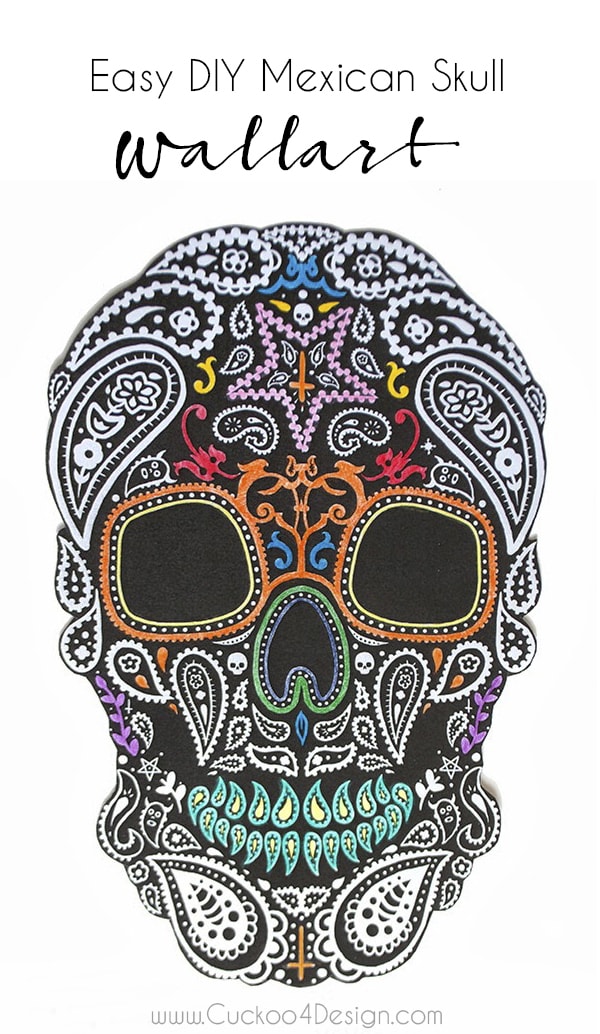 I am a participant in several affiliate programs which includes the Amazon Services LLC Associates Program, an affiliate advertising program designed to provide a means for me to earn fees by linking to Amazon.com and affiliated sites. To read more about this please check out my full disclosure statement HERE.
661Shares