May I have your attention please?
May I have your attention please?
Will the real Snow White please stand up?
I repeat, will the real Snow White please stand up?
You get my point, LOL, right? Because the people of my home town are convinced that the real Snow White lived in the local castle here in Lohr am Main (wikipedia history click HERE and she even has her own website, to see it you can click HERE)!
Snow white has always been my favorite princess since I’ve been a little girl and I’m not sure why exactly maybe it was just meant to be?!?!
If you’ve been following me for a while then you maybe remember me mentioning it once already in one of my kitchen posts.

They are making a real big deal about his here for quite a while now. So here is again what was researched by a local pharmacist several years ago:

After looking into the fairytale’s details, he came away convinced that the Brothers Grimm had Lohr in mind when they published their story. They allegedly did some of their fairytale writing while staying at one of the local establishments.

The locals believe that snow white was a young baroness from Lohr named Maria Sophia Margaretha Catharina (Freifräulein von Erthal, born July 19th, 1729) who, in the mid-18th century, fought with a stepmother and eventually had to flee into the woods. You can even read up about it on wikipedia.
She was the daughter of Freiherrn Philipp Christoph von Erthal (1689 – 1748) and Maria Eva von Erthal. Her mother died young and her father remarried Claudia Elisabeth von Reichenstein.

Her father bought his new wife (also known as the evil stepmother) a mirror from the local mirror manufacturers that had an inscription that read “Elle brille à la lumière”, which means  “she shines as bright as the light” or “she is as beautiful as the light”. (great now I want to sing “shine bright like a diamond”…wow I move from Eminem to Rihanna today LOL)

The mirror still hangs in the museum and here it is:

And to top things off the men who worked the mines in the surrounding hills were mostly of short stature. Do you think what I’m thinking? The seven dwarfs? But did you also know that they didn’t have any names in the original Grimm version. No names at all just numbers. The names came way later added by the movie industry and modern books. HERE is a fun little list where you can see all the names throughout time and even different numbers of dwarfs.

I searched google everywhere for a painting of Maria Sophia Margaretha Catharina von Erthal but the only thing I found was a JPG named with her name on a spanish website and this is it:

She sure looks like a snow white, doesn’t she?
Unfortunately there isn’t any illustration of her in the museum either. Such a bummer 🙁

Well, lets say that the local people of Lohr love fantasizing about their very own Snow White fairy tale and my little daughter (of course) loves it.

Let me show you around the castle and museum. There isn’t much left of the way that snow white used to live but you can see a lot of history from the area.

Let me show you my kids favorite areas in the castle: 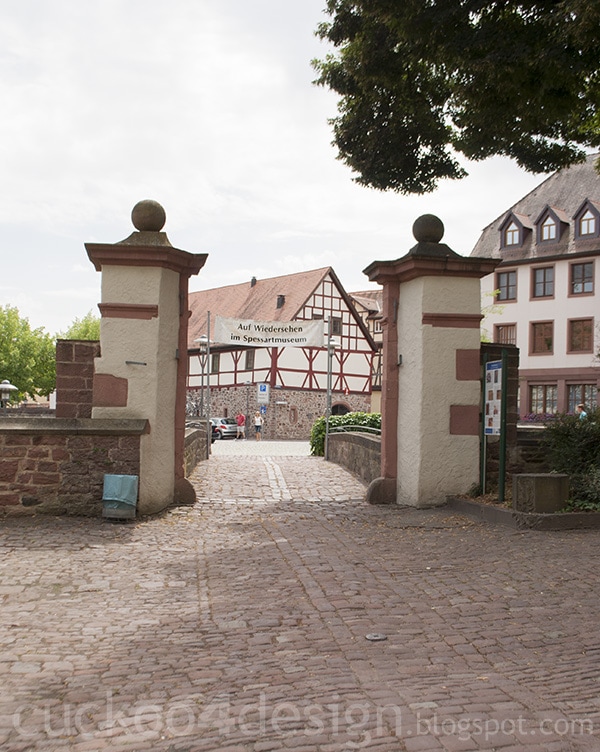 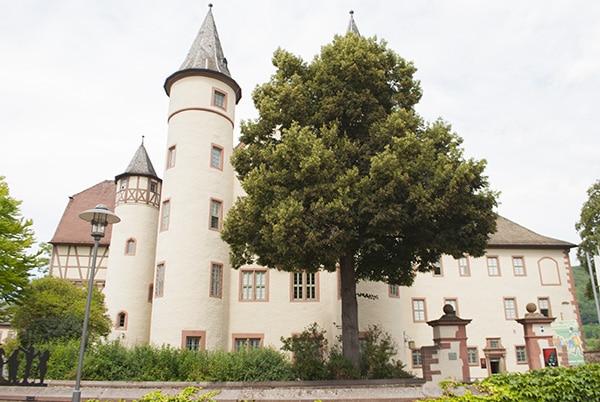 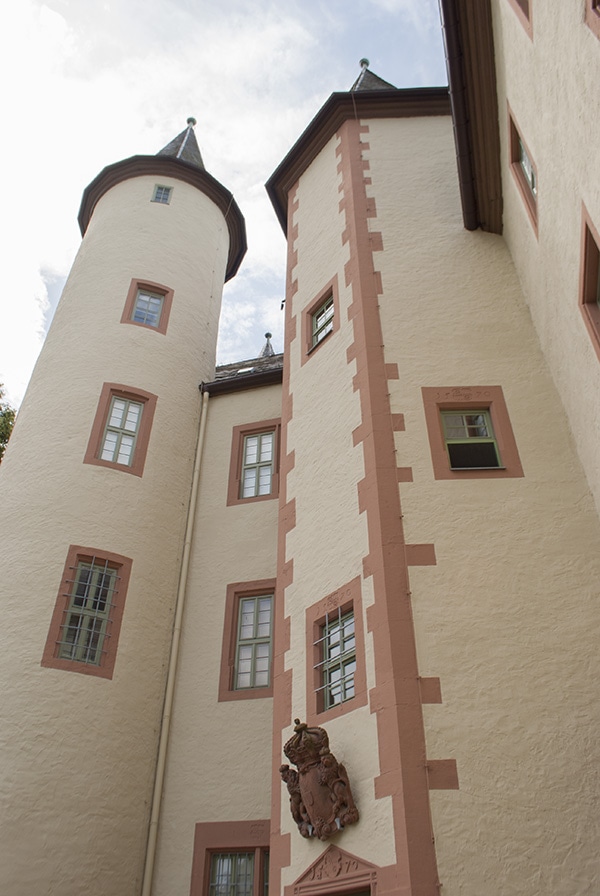 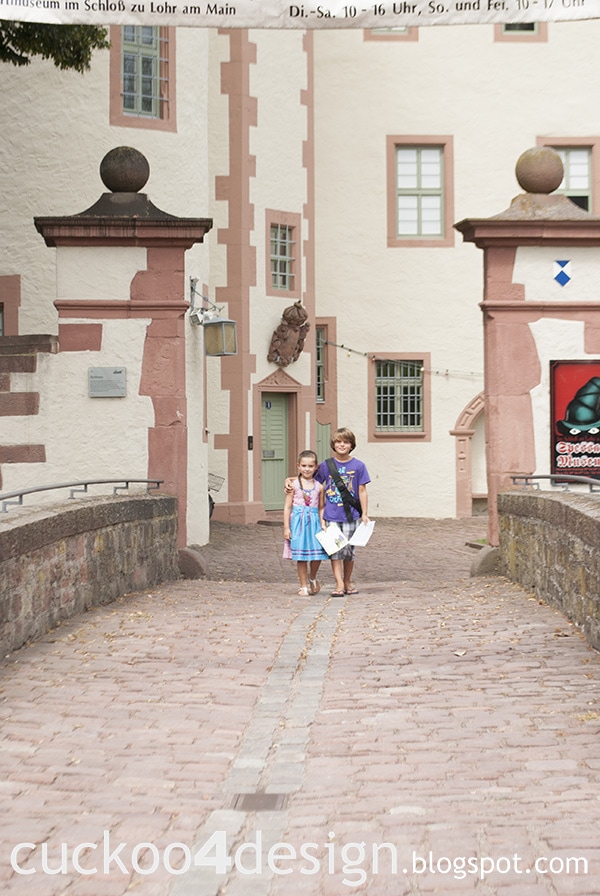 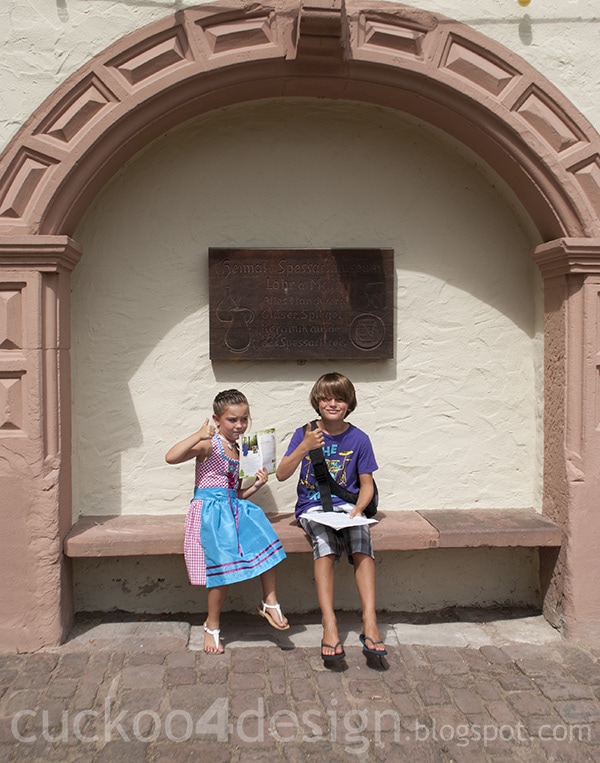 When you enter you get to see the vintage/antique store that used to be still in business when my mom moved to Lohr as a young married woman. My kids love to look at it: 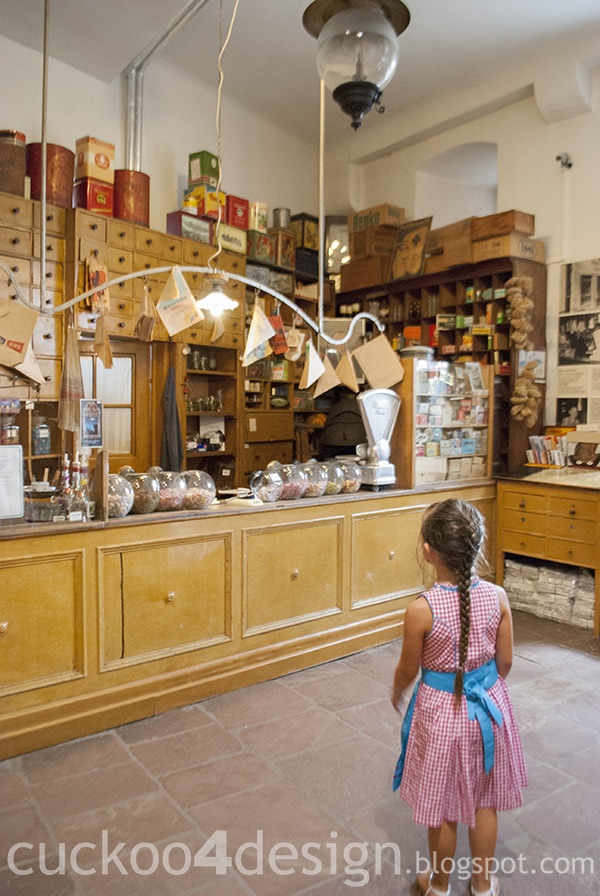 They have an old pharmacy: 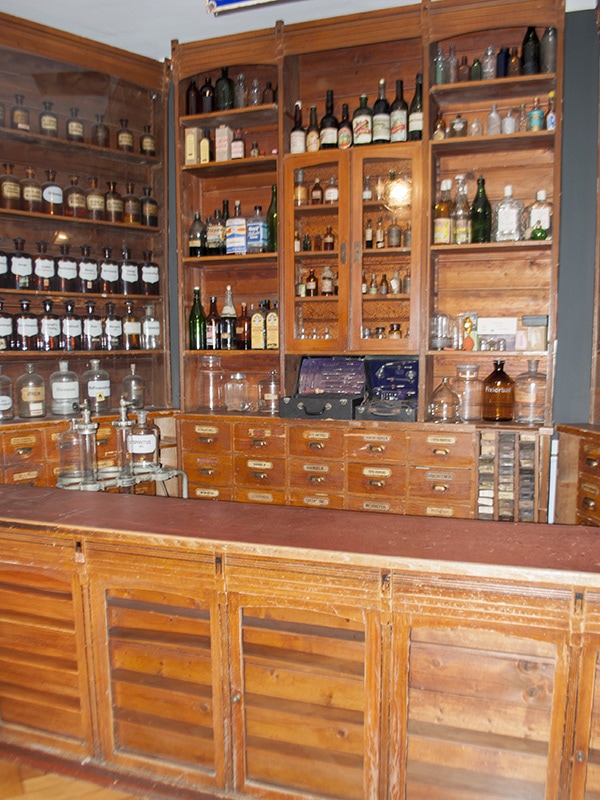 And in the basement which my kids think is super spooky they showcase an old black smith oven: 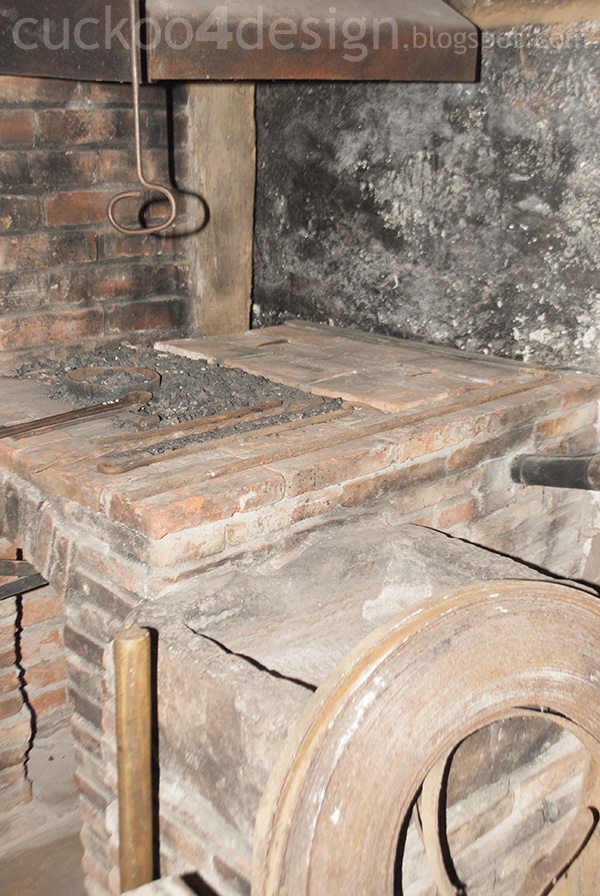 What is up with my daughter loving musky and smelly basements?
She always says it smells so good in here! Really? I think it stinks! 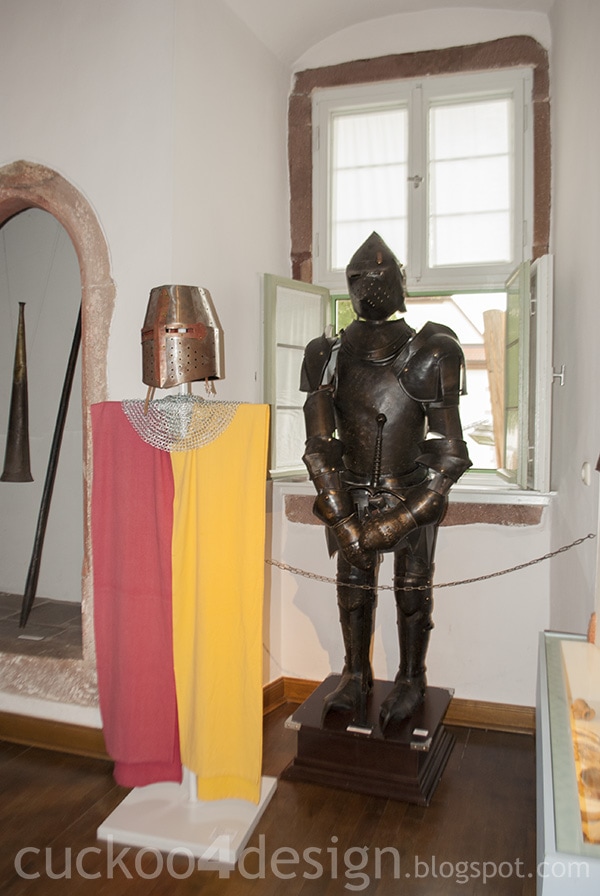 They show how poor people used to live in the area: 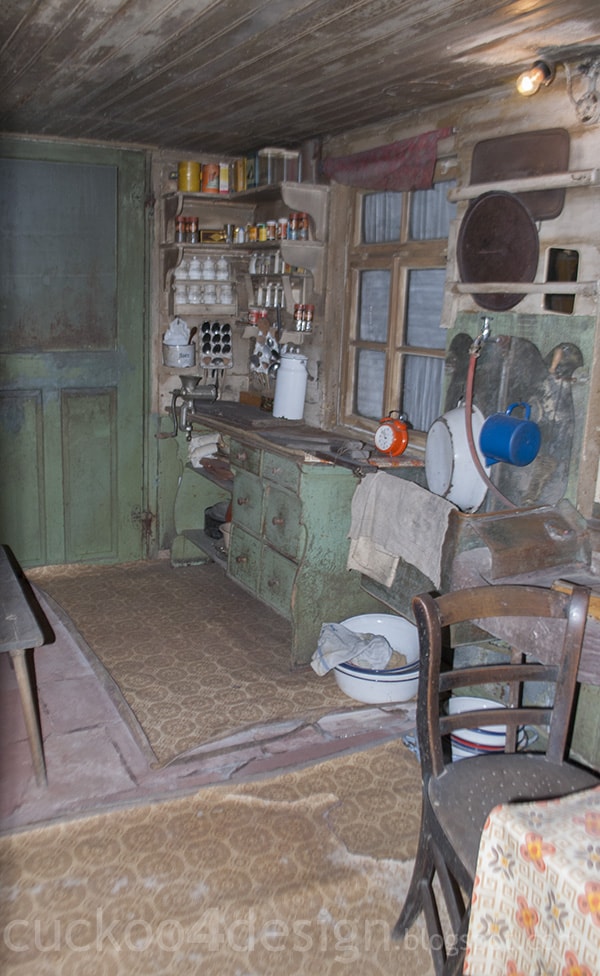 And the scariest part, how children used to be punished in school. Yes kiddos that’s right…bend over and put your head through the wooden hole so the teacher can beet you with a stick. Their faces are priceless every year when they see this: 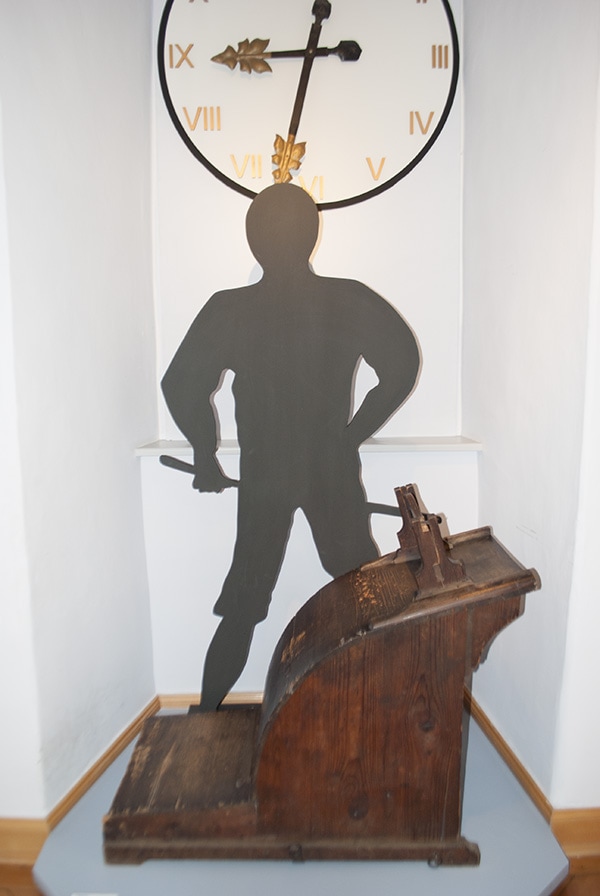 I wish there would be more Snow White items to look at but that’s about it. My kids love it and they don’t get tired of running through the castle every year once or twice.

I feel so out of touch with blogging right now because I don’t have much time to read other blogs and comment. I hope y’all understand. I’ll be back to my former self when I’m in my routine at home, ok?

We are planning on driving to the alps next week so I might post on Monday but won’t take my laptop with me when we go on our little trip. I’m not sure yet if we’ll have wifi at the hotel.
But y’all will be here when I get back, right?
I wish you all an awesome weekend.