I love family photos and I had a lot of them on my old living room shelf but I didn’t like them frames anymore.
When I was working on my brass and glass shelving unit, I bought some RIBBA frames at Ikea in several different sizes. 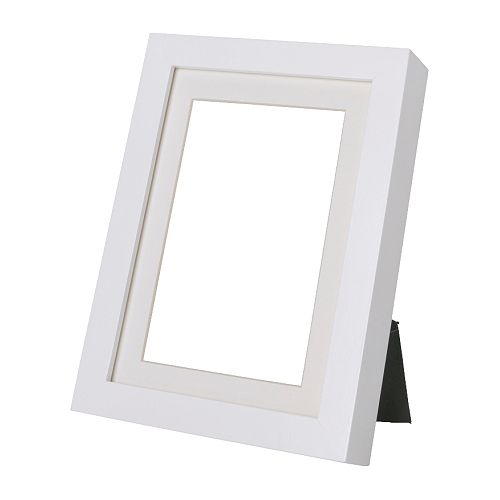 I love how chunky they are and I was planning on doing some gold and color details on them. Since I had a lot of rub and buff left, I was going to try that.

This is where I’m giving myself an award for this month:

I’m the best at picking items where no finish sticks to.
I’m a FINISH-REJECT-PICKER!
I’m also really good at picking things that don’t have tags at the store by the way. Do you know what I’m talking about. It seems like every time I go to HomeGoods, the thing that I really want doesn’t have a tag, the manager can’t be found, they can’t figure out how much it is and the new tag printer isn’t working…

Anyway, first this month I had such a hard time applying the Rub ‘n Buff to the shiny brass. And now I picked these beautiful white photo frames which I wanted to dress up a little. Seems easy again, right?
AHHHHHH, not so much.

The Rub ‘n Buff would not stick to the frames at all. Look at the right one, well the left one with the coral spray paint isn’t that much better is it? 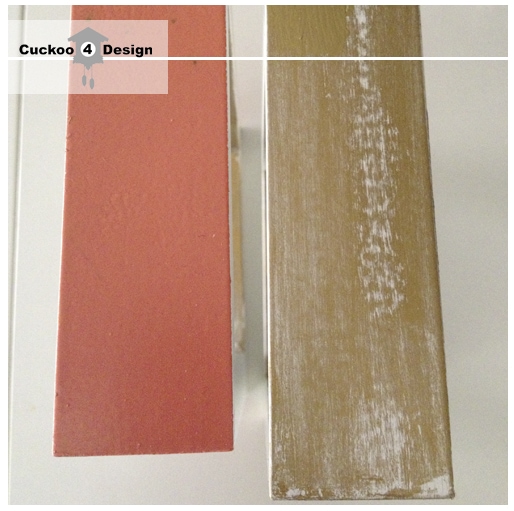 I tried blaming it on the Rub ‘n Buff again but I tried several things and nothing worked: I lightly sanded the frames and I applying deglosser. 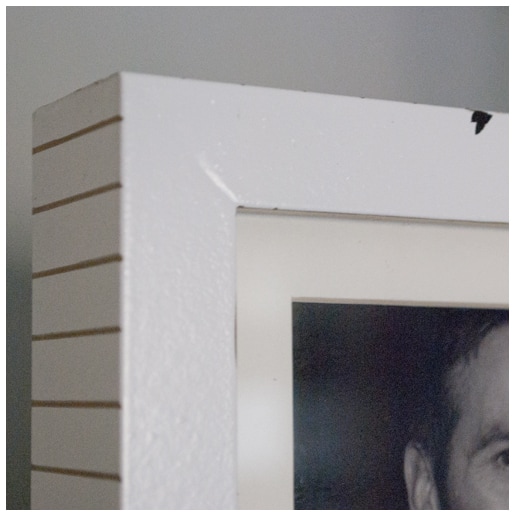 The black on the last frame is one of several black RIBBA frames that I bought because they had no white ones left in 5″x7″ and I used Kilz spray primer to paint them. That is actually the only way I was able to apply any kind of gold finish onto the frames.

The white regular RIBBA frames didn’t even like gold Sharpie and that stuff pretty much sticks to anything.

Yeah and how about all those sharpie projects on Pinterest. The gold Sharpie has been everywhere. One of my favorite projects is Mandy from Vintage Revival’s gold Sharpie wallpaper. She is so awesome. Speaking of Mandy, I almost fell of my chair two days ago when I saw that she is following ME on Instagram. She probably let one of her kids play with her iPhone and they pressed follow by accident. I shouldn’t even say this out loud, LOL, she might notice her mistake.

Back to my frames.
So I had to Kilz prime the frames and even then as you can see it in the above photo it peeled off in some places.

So here are some of the frames that I sharpied up. And I’m definitely more the Sharpie kind of girl compared to the Rub ‘n Buff. 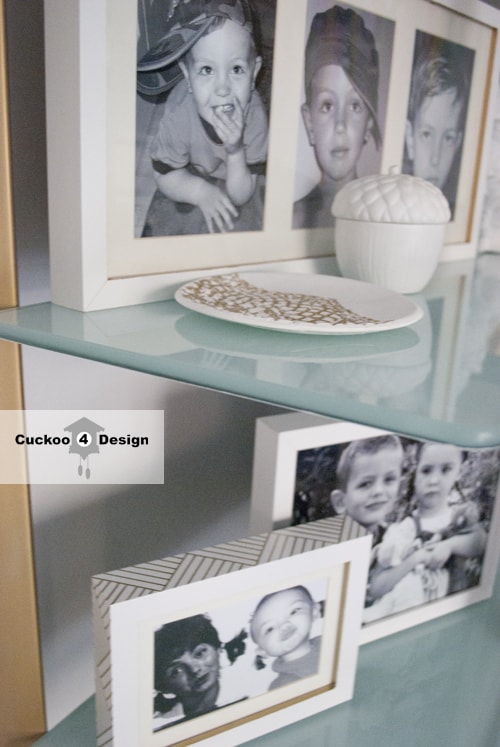 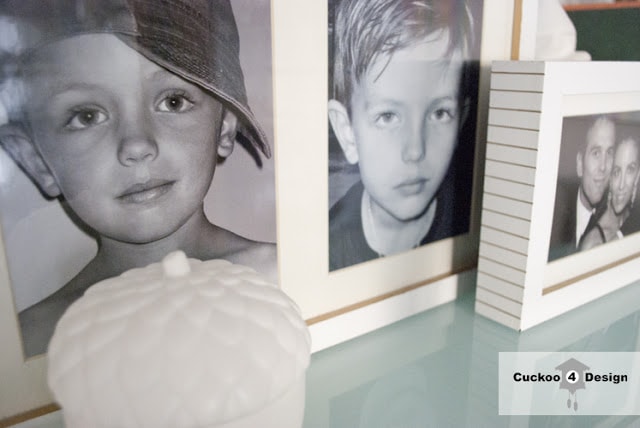 So back to my Rub ‘n Buff issues. Do you want to have a good laugh?

Look at my poor abused brass bookends. All those Scratches and that awful unfinished Rub ‘n Buff one on the left side. 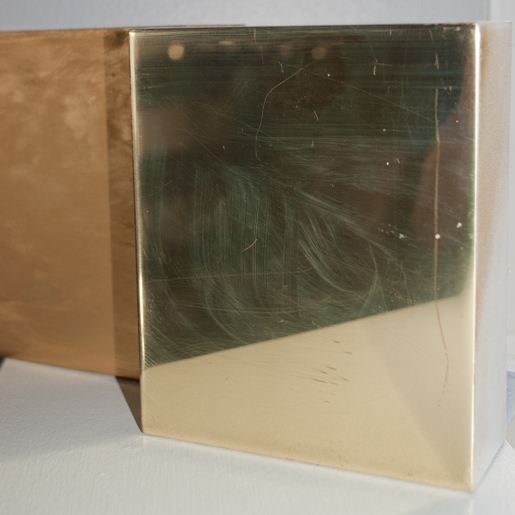 Well I tried to fix them up a bit and I primed them with metal primer the same way I handled the brass bookshelf. After the drying time, I applied tape so I could finish the edges in stripes.

Then I removed the tape.

So after that I went on a gold sharpie binge around the house even Lilly discovered the appeal of a sharpie. 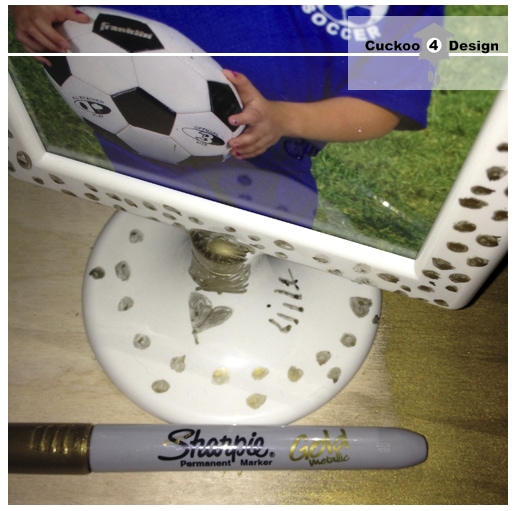 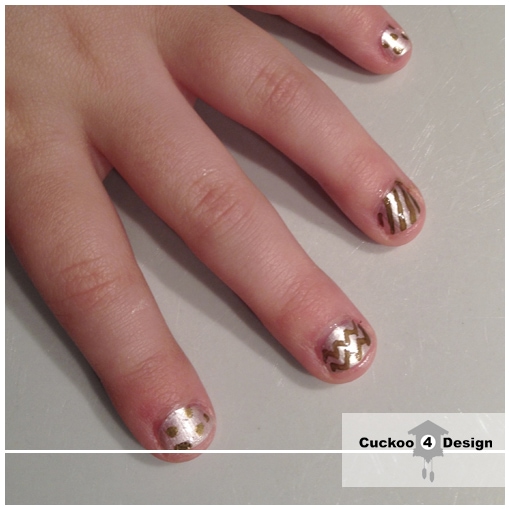 And there was more but I couldn’t take anymore photos because it got to dark and the photos were way too crappy.

I hope that I’ll be able to pick some upcoming projects that will work out perfectly!
Do you have any favorite Pinterest Sharpie projects?

Have a great weekend friends.