For Living Pretty With Your Pets I have to introduce you to someone I met in person in NYC for the Stylemaker event. I was so blown away by Jamie’s (Southern Revivals)  love for animals and am totally jealous that she can have so many. It’s my dream come true. Wish we would have had more time to chat about it. Hope you enjoy this post as much as I do. 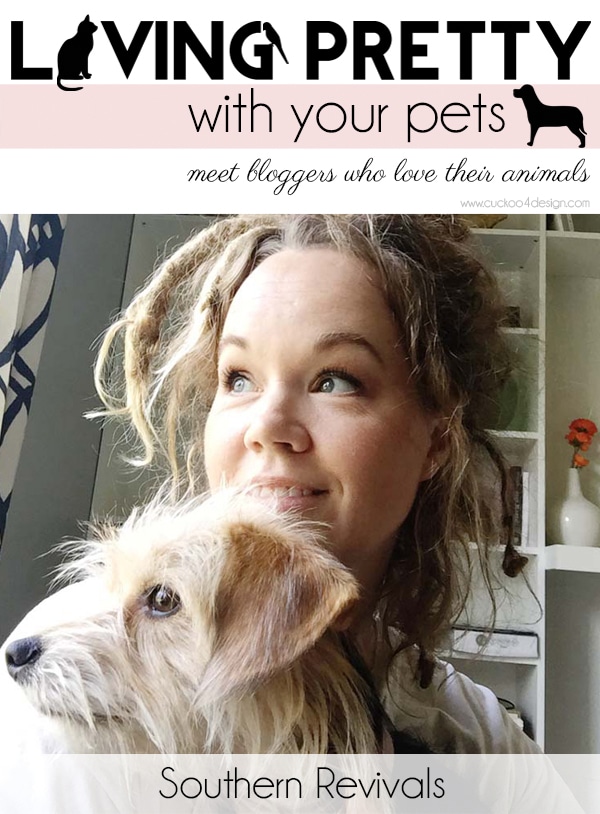 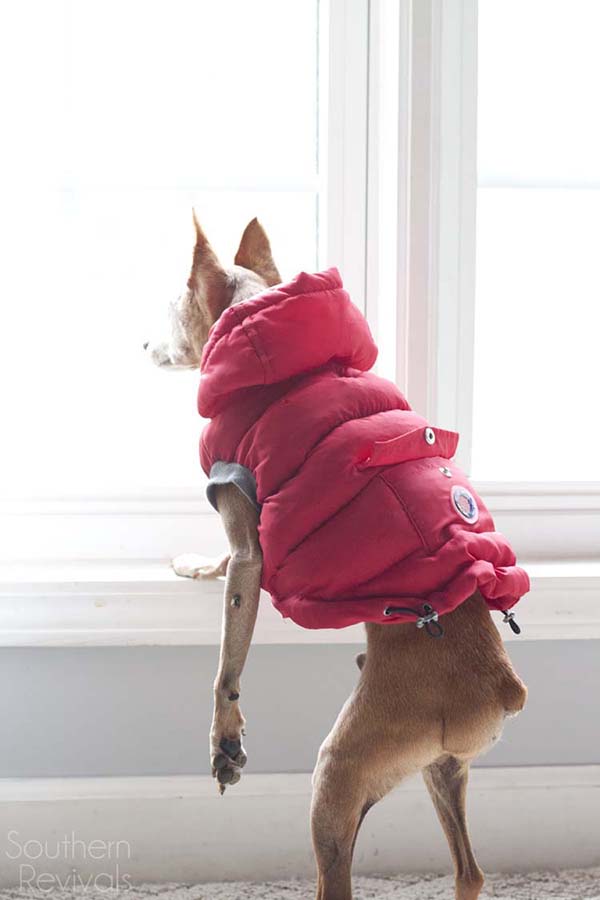 The first time I met Julia, in NYC this past September, I realized we had a lot in common. Not that I hadn’t gathered that from her DIY Cat Enclosure that I had discovered on Pinterest a couple years before. But then we connected on Instagram and it quickly became obvious that we are kindred animal lovers. 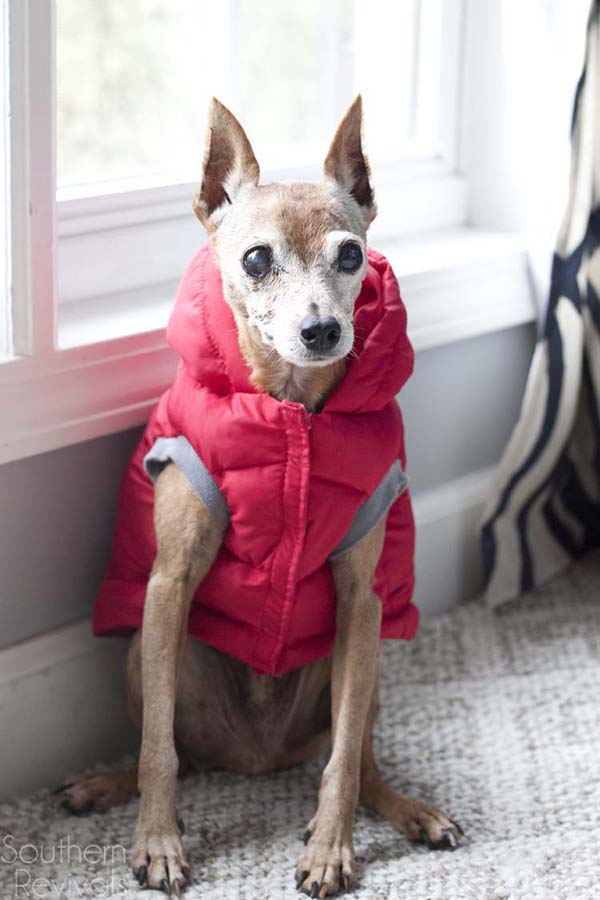 We’ve have 4-legged babies before we had babies of our own. This year our Min Pin CJ celebrated his Sweet 16. I can’t believe I have a teenager. 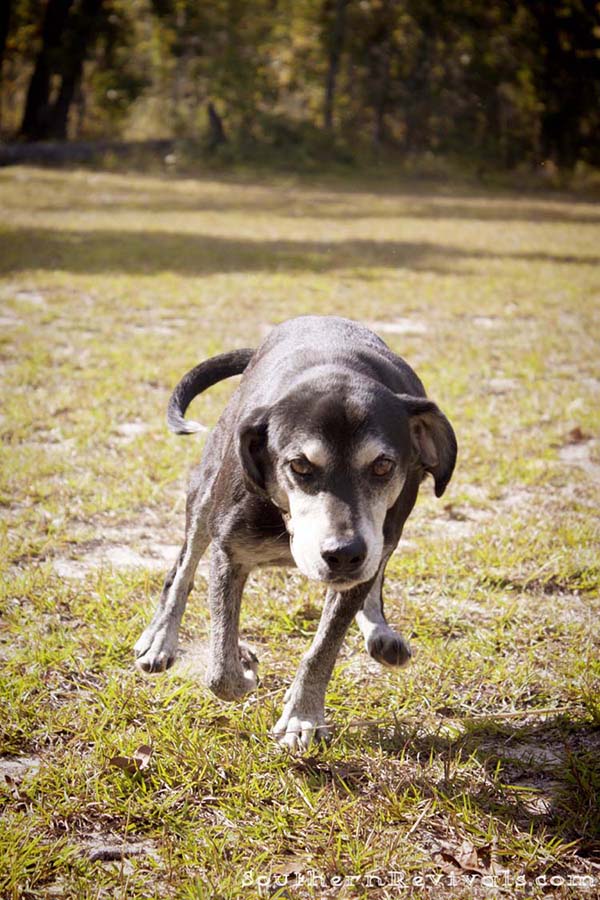 By the time we were married we already had two dogs. At the time we didn’t know much about “rescues”. Growing up people always just dropped animals off and we took care of them. I never knew there was a name for it.

CJ came from a pet store, before we knew anything about puppy mills and our girl Cloe, a Doberman that we lost at 12 almost 3 years ago now, we got from a breeder.

But not long after we had our first 2-legged baby I saw this little black spot cross the highway chasing after two big dogs. He was so tiny he couldn’t keep up. We pulled over and I attempted to rescue him but he was terrified. All 5″ of him lead me on a chase through the woods until he wound up in a small creek trapped in the pine straw. Then, he finally let me pick him up. Jake hasn’t wanted me to put him down since. That was over 11 years ago. After that, all of our animals have been rescues. 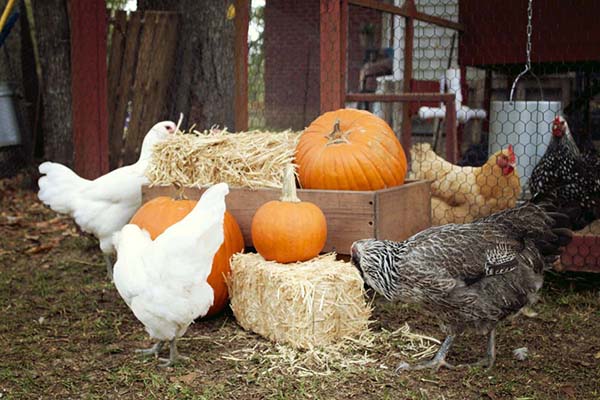 On a whim one Spring I finally took the plunge. We were at a local farm’s Farm Days and Chicken Swap. I had researched and researched. We finally had 10 acres. I didn’t know what I was waiting for. Then, on this particular day, I just decided I’d take home 3 even though I had no coop, no food and no experience. 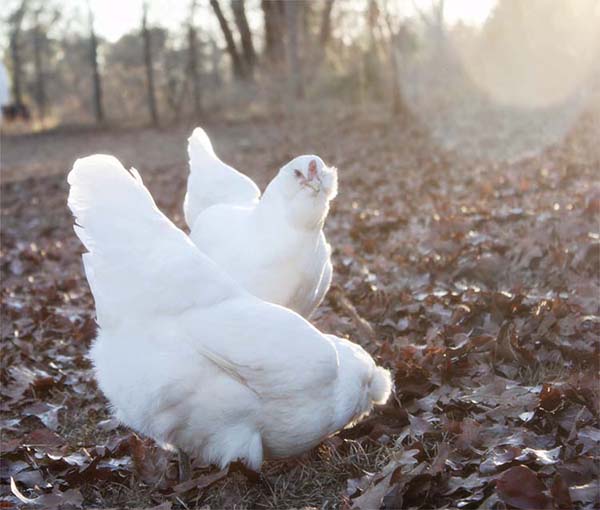 Since I had no coop but now I had chickens I went in search of a used one (not advisable for a lot of reasons, by the way). I finally found one locally on Facebook but when I went to pick it up there were 15 starving and parched chickens in the 115 degree July heat. So now, not only do I not have a coop for my original 3 I also have 15 more chickens….14 by the time I could go back and pick them all up. She was “letting them die off” because she didn’t want to keep chickens anymore. I’ll just leave that right there for you. 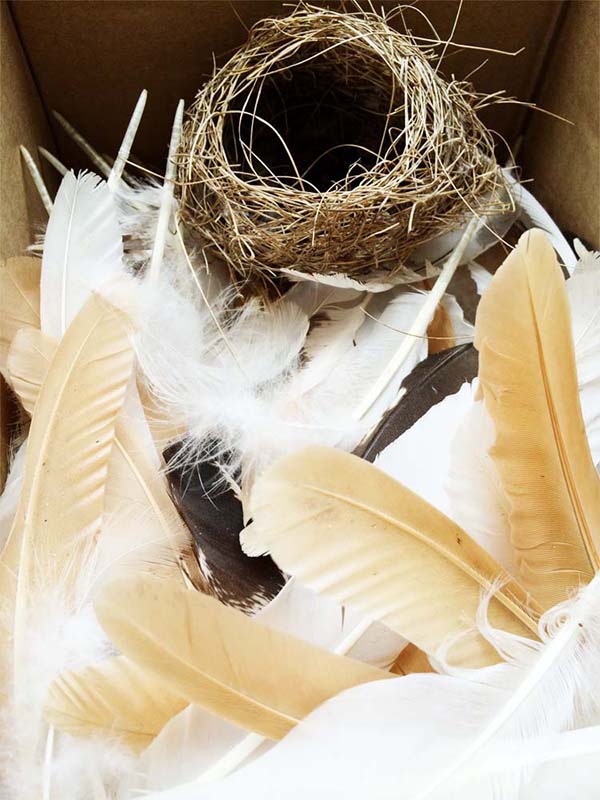 I couldn’t combine the new chickens with the old ones so I had to quickly build a new coop. Nothing would do except the Barbie Dream House Coop, complete with its pink staircase. Now that my flock has grown and finally combined, it’s time for a new coop. Keeping chickens is such a great joy! Not only do they give you delicious fresh eggs but every fall they molt. 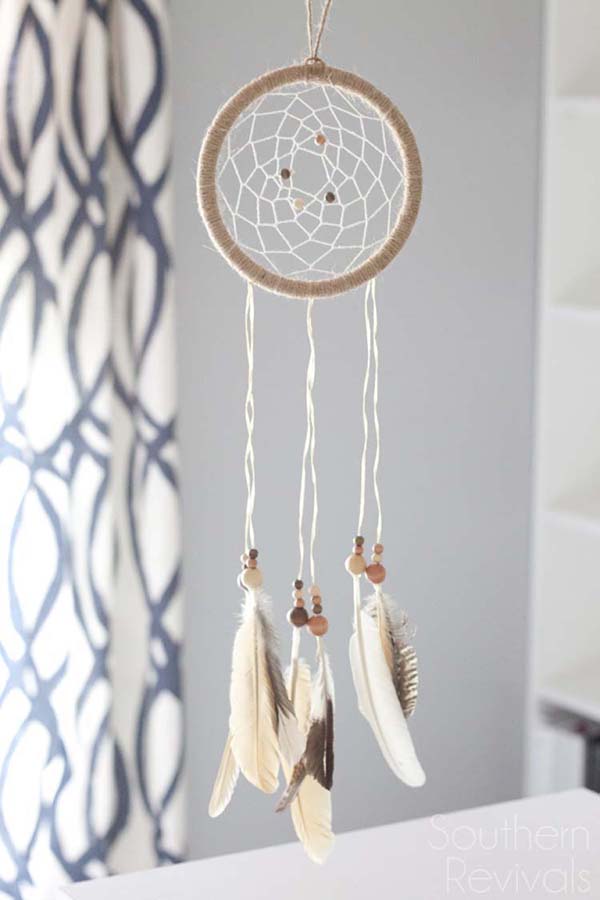 Which means they lose old feathers and grow new ones. You can look at that in one of two ways: a mess of chicken feathers in your yard every year OR a bevy of cruelty free crafting possibilities! 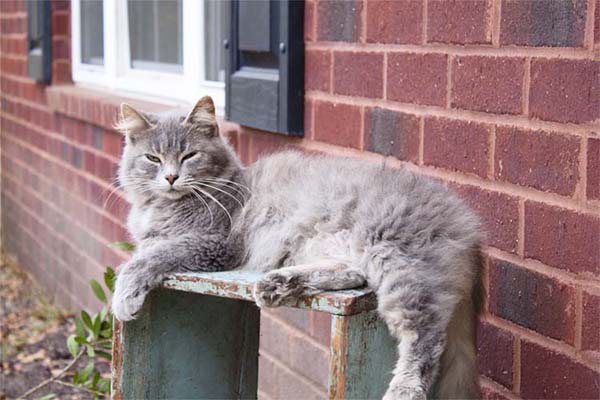 Not long after we found this gorgeous gray cat wandering around in the school’s parking lot one night after an assembly. She would not move away from the car and every time I opened the door to shoosh her away she tried to crawl in. It was cold and I felt bad. I was afraid to take her home because of the free-range chickens but in the end, I did just that. And she turned out to be the most nurturing and gentle cat to all of the animals we had, especially the chickens.

We all tried not to get attached since I worried she’d have an owner. We searched unsuccessfully for over a month until we finally named her Mirabelle and took her to the vet for a check up. When we went to pick her up later in the afternoon she was no longer there. Apparently her owner had been “found”. It was a week before Christmas. I’m not sure who was crushed more, me or the kids. Turns out her name was really, Grace. 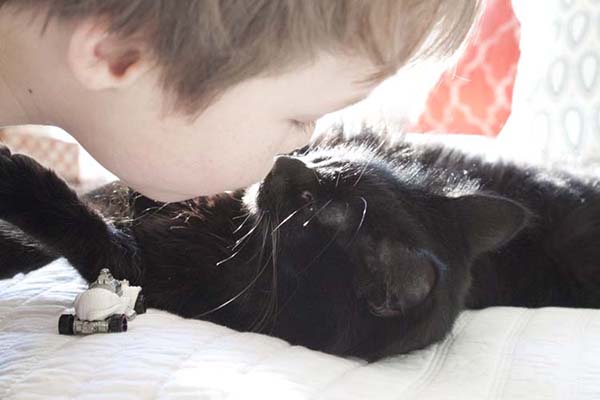 The following February, while we were supposed to be celebrating at my niece’s birthday, my oldest could be found smuggling his chicken nuggets to a tiny little black cat at a nearby dumpster. He spent the entire day with her in the freezing rain. He begged to take her home. So, against Daddy’s better judgement, we did. He named her Gracie. 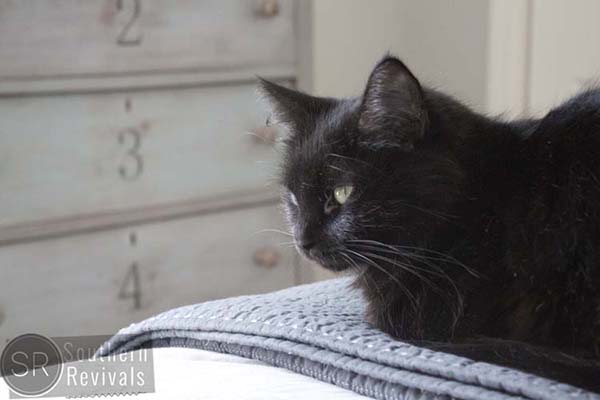 She turned out to be a stark raving lunatic. A cute one. But still. 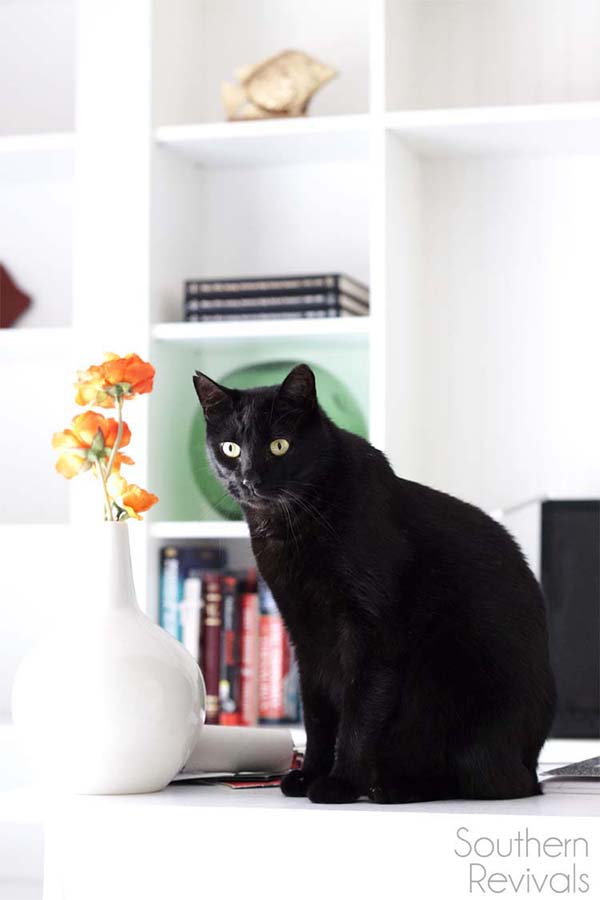 So we wound up getting a tail-less friend to help “calm her down”. Don’t laugh. 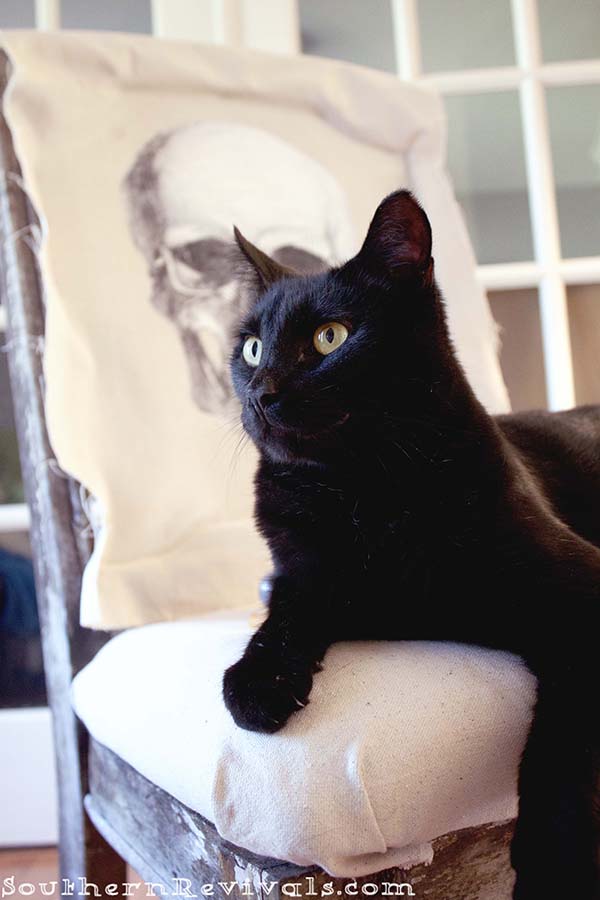 When Malfoy came to live with us, from a free-to-a-good-home post of Facebook, I’m not sure who was more afraid. Him or us. 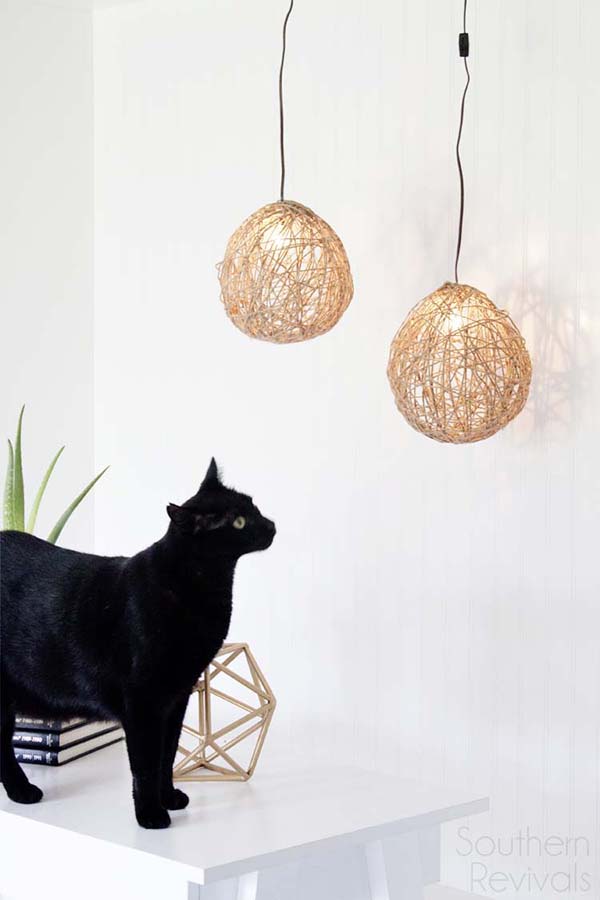 But it turns out that this 35 lb cat is a gentle giant, teddy bear of a cat. Even if he does look more like a panther. 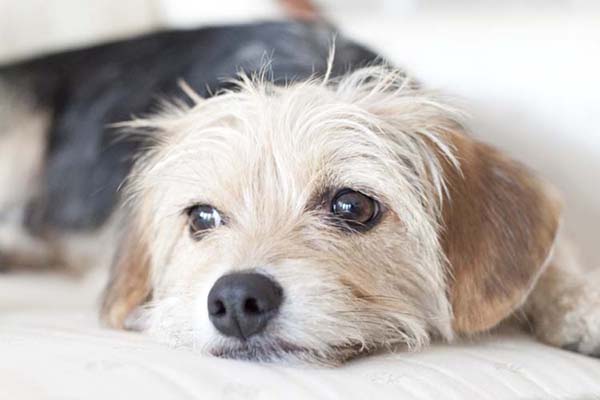 Then there’s Lily, one of our more recent additions. Found be bopping down the middle of a highway just after a severe storm and on the heels of a hard freeze just before Thanksgiving last year. I had just lost the one chicken that liked me best, that let me pick her up and cuddle her, Tanny. That same week Lily came to live with us and I am pretty sure Tanny sent her.

In March of that same year I heard a terrible animal noise, though I didn’t know at the time what it was, and naturally I had to go and see if I could help. It turned out to be an abandoned hunting dog around 12 weeks old. Exhausted and alone in the vast woods behind our home. My animal collecting had to come to an end at some point so I tried finding this one a home. For months. Then my youngest named her Buttercup and her sweet brown eyes grew on me. Now we have 4 dogs, 2 cats and 6 chickens. 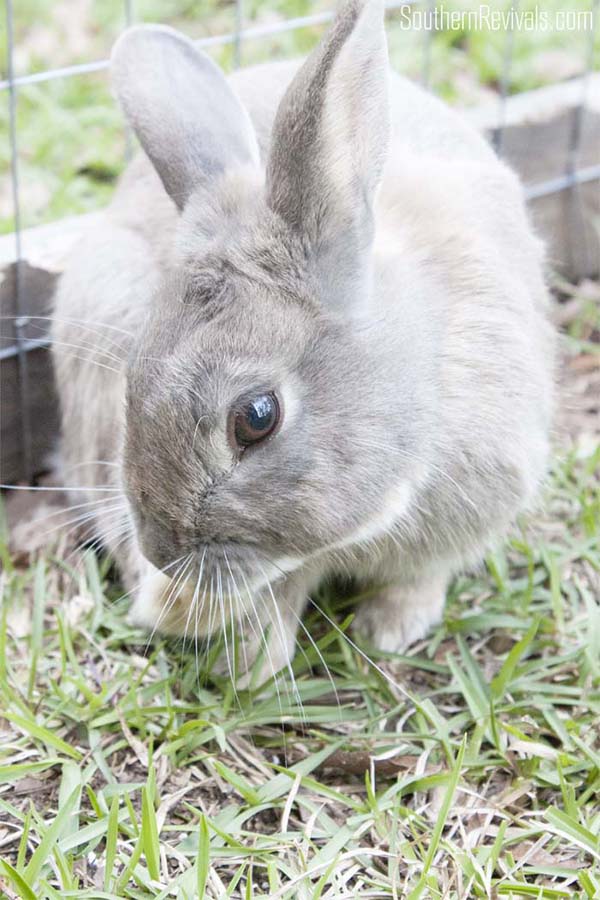 I figure at this point if I told that you we also had a hamster, a ferret and some pink flamingos you probably wouldn’t have trouble believing it. And at one time that was true. Except for the pink flamingos. But we do have a bunny rabbit that lives in our garden. My oldest brought the tiny thing home in his hands one day a few years ago with tears in his eyes insisting that we had to keep it. It was destined to be a bait-bunny, used to train hunting dogs otherwise. My child had been visiting the neighbors when he learned about this method and his near breakdown prompted them to offer him one as a peace offering. He accepted. Then he promptly came home and declared that we could not let this bunny return to such deplorable circumstances. 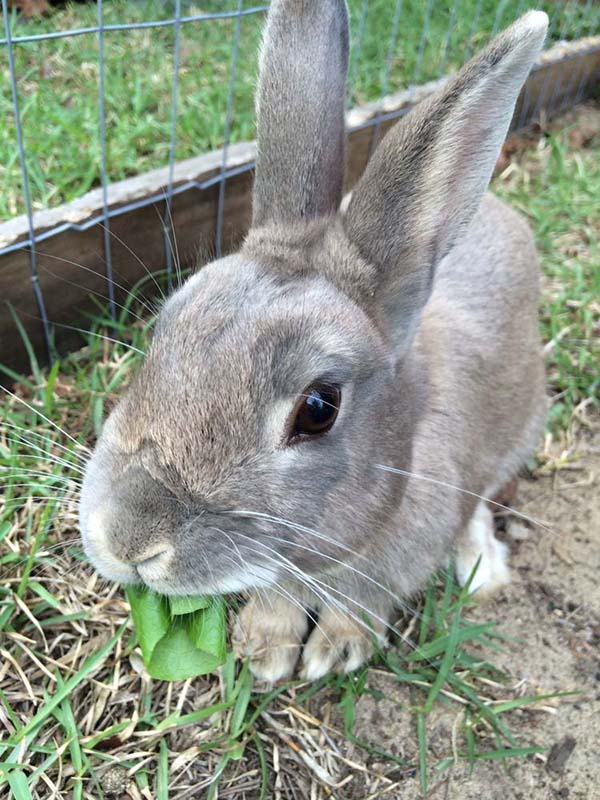 And what do you say to that except, you’re right! So now Buster lives in my garden tending the grass and in exchange I offer him our extra lettuces and other delicacies. As it turns out rabbits don’t like carrots nearly as much as cartoons would have us believe. 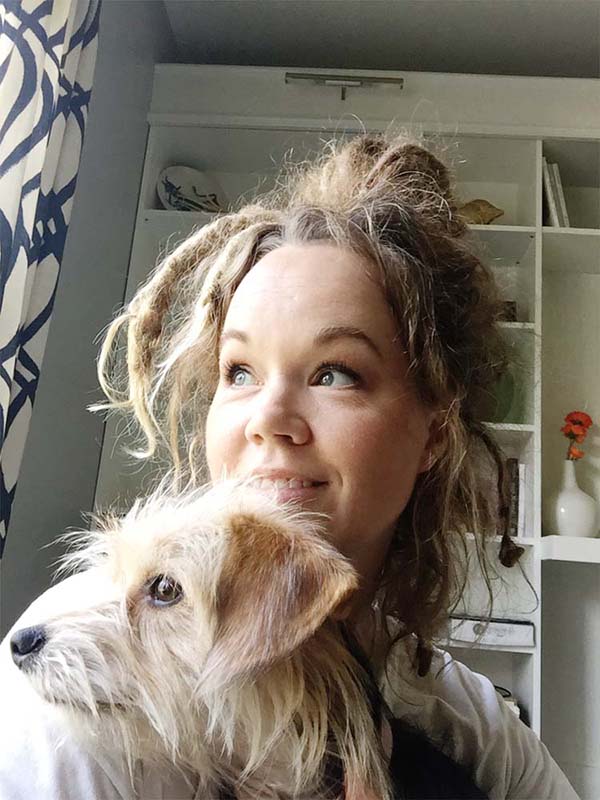 Living out here in the middle of nowhere, in the country and in the South, I believe lots of people think our ways are weird. We don’t hunt, our chickens have as much right to the yard as we do and while I do drive a big pick up truck I use it to haul furniture. Some people have even asked us why we live “out here”. 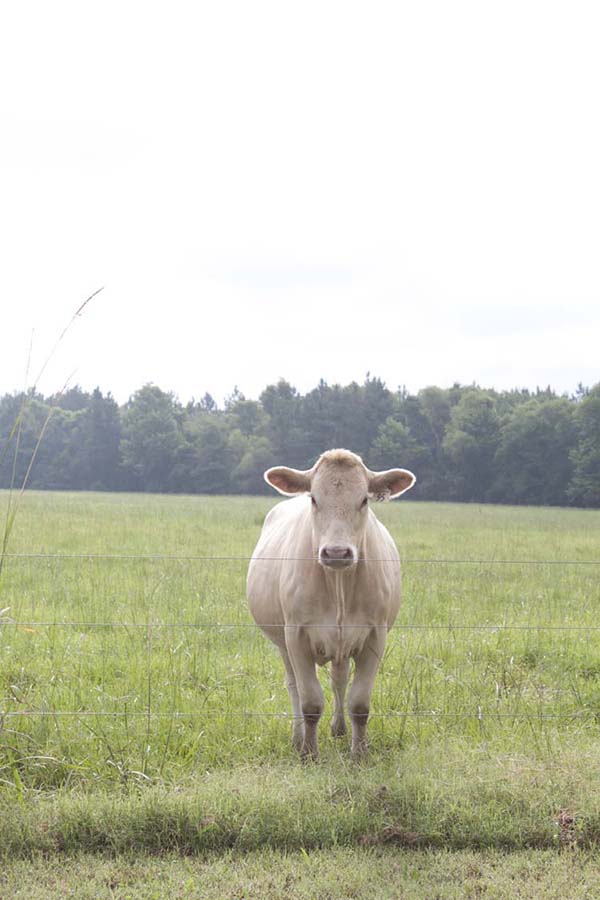 Julia recently told me she wanted a little pig that lived inside. I want a cow. She doesn’t have to live inside though.

If you want see more pics of a day in the life of Southern Revivals, be sure to follow my blog or find me on Instagram. Thanks for having me, Julia!

Big fat YES, I have always wanted to have a pig and I want it to be inside :0
Aren’t Jake and Mirabelle/Grace, Gracie, Malfoy, Buttercup, Buster and Lilly awesome?

Also can we talk about her mad skills? I mean look at this before and after! ISn’t it amazing? Click HERE to see what she did to make the chair look like that. 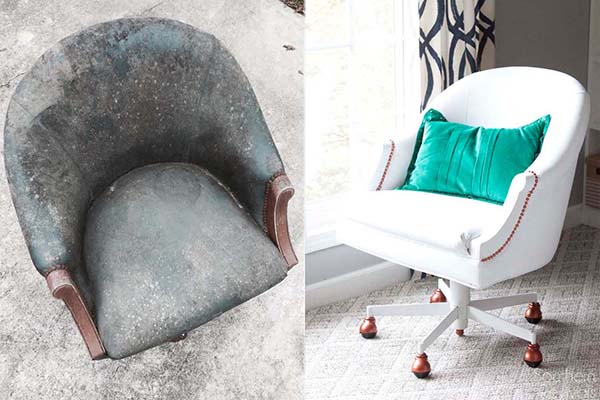 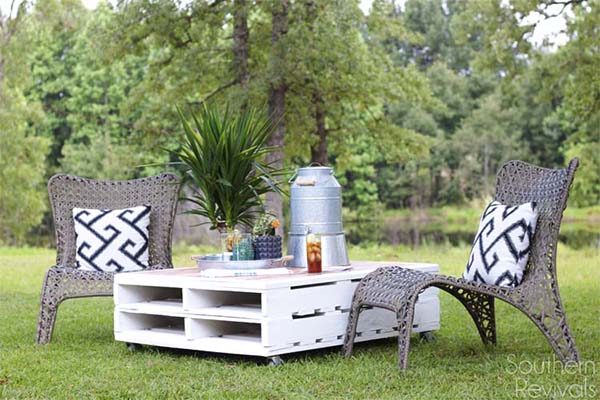 Just pay Jamie and the crew a visit now, will you?

I also put a little gift guide page together that I will be updating. Click HERE to see some fun cat lover gift ideas.
And just in case you missed it, you can enter my Friskies cat giveaway HERE and read about Monkey and how she is doing.