I scheduled this post on Monday, because I will hopefully be napping in my old room in Germany with the kiddos, exhausted from a long night of traveling with them when it is published.

I just had to write a post about Ikea again. I’m sure that a lot of you have seen Apartment Therapy’s posts about the new released Ikea 2014 catalog which you can now look at on Ikea’s website. And I’m totally aware that other blog’s (ok, a lot of blogs) wrote about it too.

I had to investigate a little on my own though because I’m never afraid to admit my love for Ikea.

The number one thing that I will HAVE to find room for in my house is the new Stockholm chandelier.
It’s just soooo cool that it makes me giddy. Check it out: 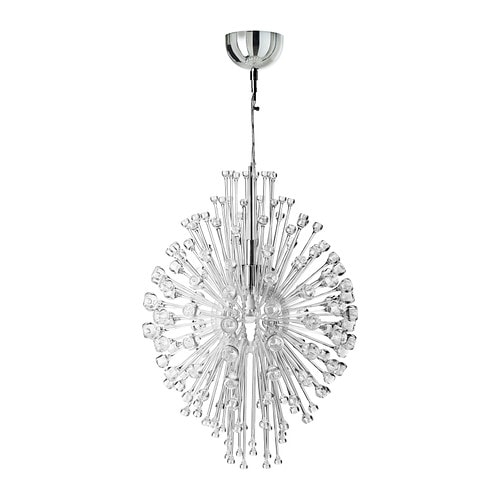 And we just have to stay on the Stockholm subject for a while because that collection has a lot of new fabulous items. I think I will live in Stockholm! 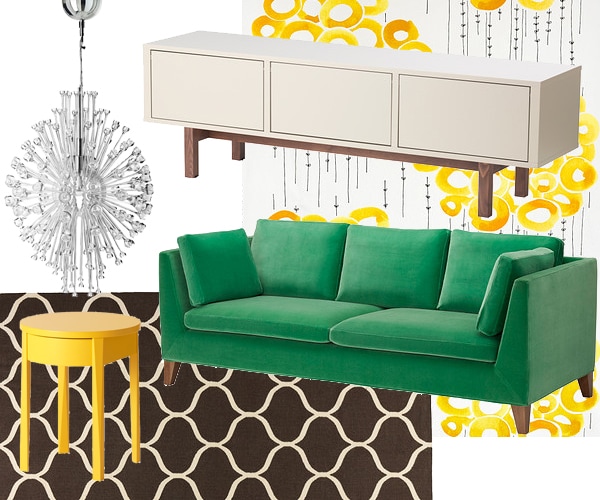 Here are a few that stuck out to me and can you tell I’m a little on the midcentury modern kick lately?
I’m imagining lots of future hacks as well.

And last bot not least. The Strandmon will be available in red. Yay!
I love my grey Strandmon and never regreted once buying it. 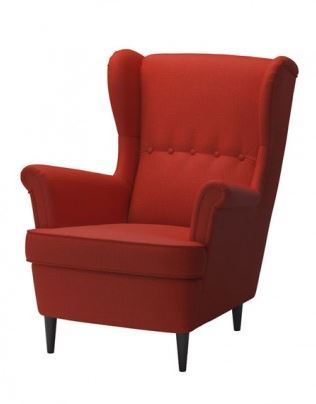 And how could I not love a new pink and orange fabric?

So much good stuff, right? Anything that has captured your heart or tickled your fancy?

My posts might be a little sporadic for the next couple of weeks by the way because I will be all over the place in Germany. Cut me some slack {wink, wink}! I’ll post some nice photos too!

I am a participant in several affiliate programs which includes the Amazon Services LLC Associates Program, an affiliate advertising program designed to provide a means for me to earn fees by linking to Amazon.com and affiliated sites. To read more about this please click over to my full disclosure statement HERE.
191Shares